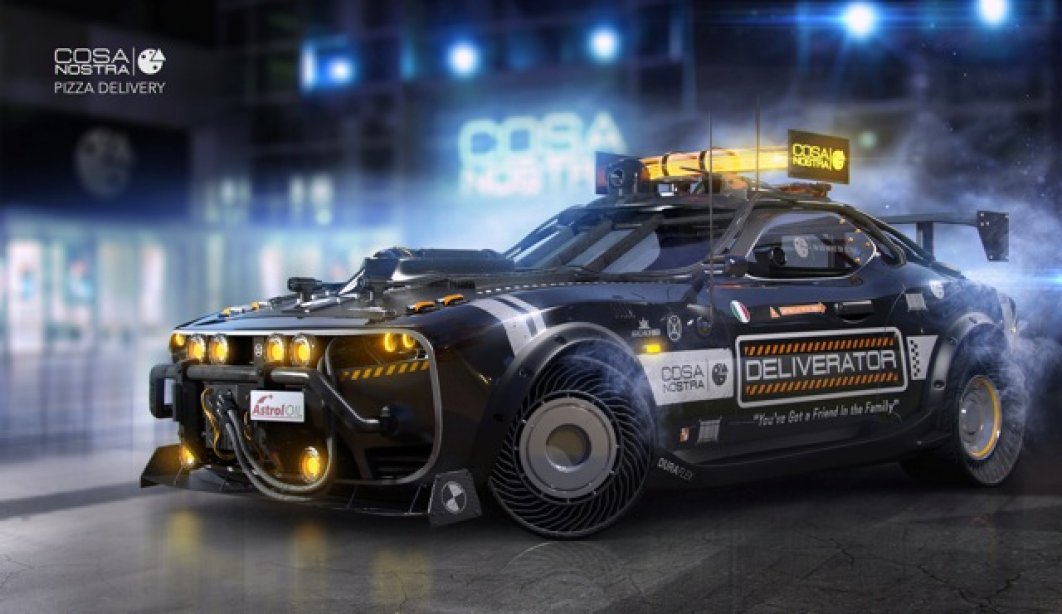 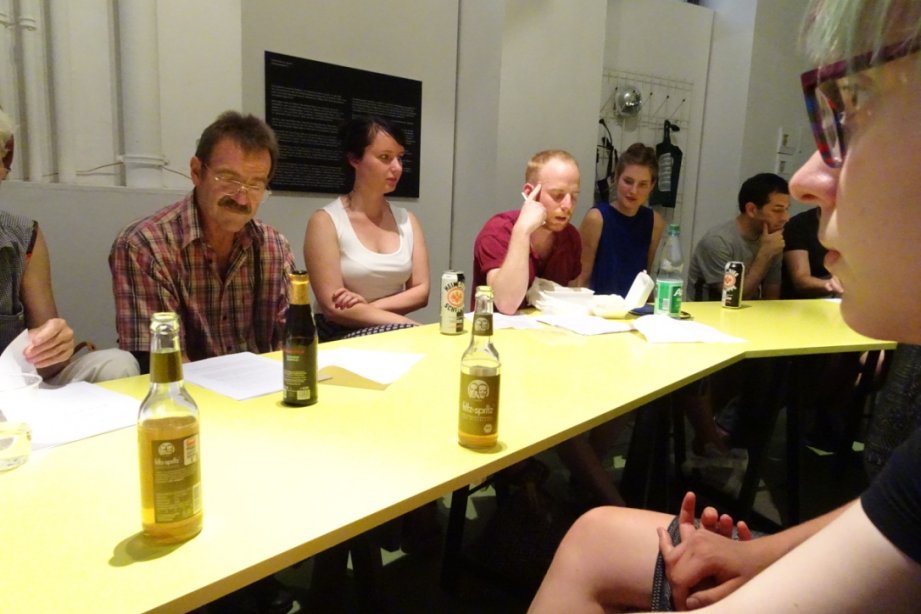 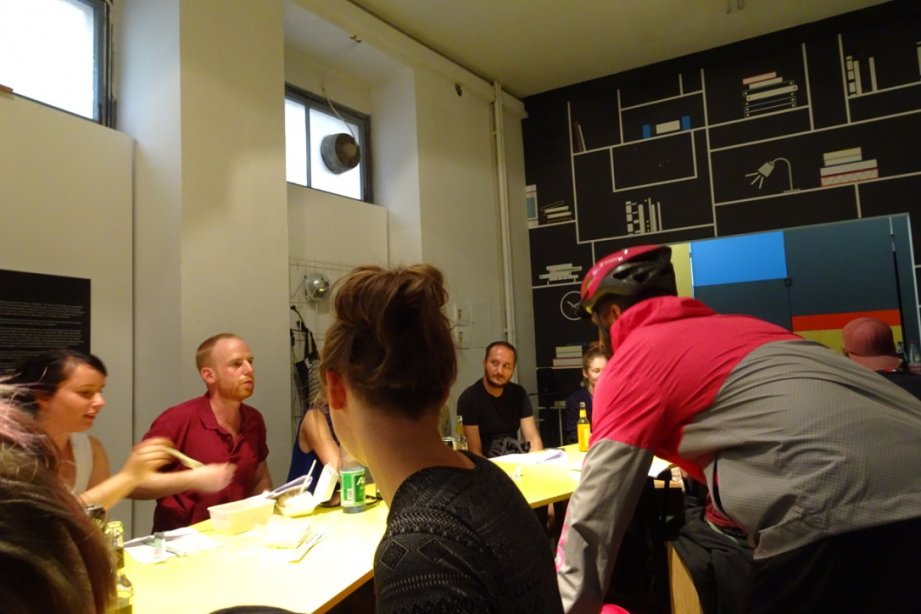 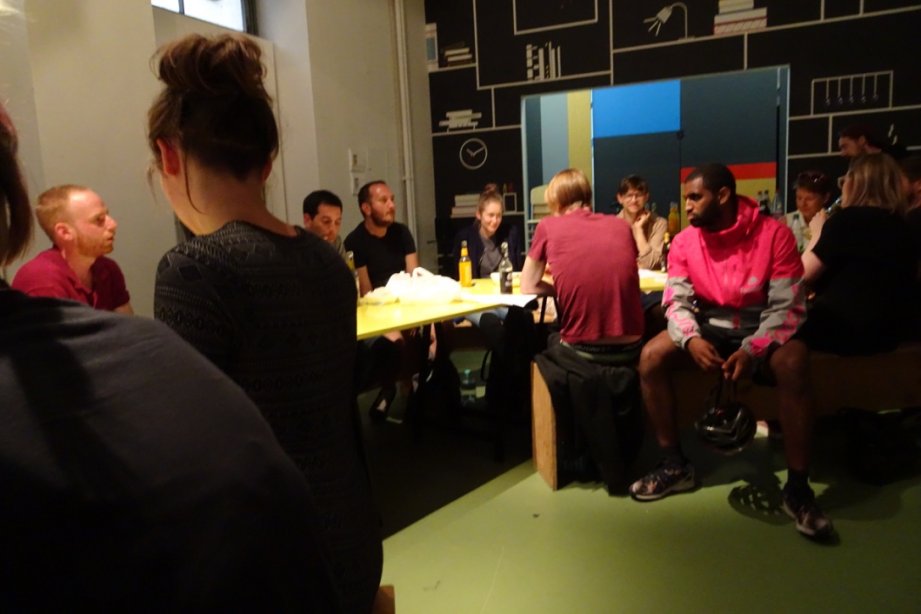 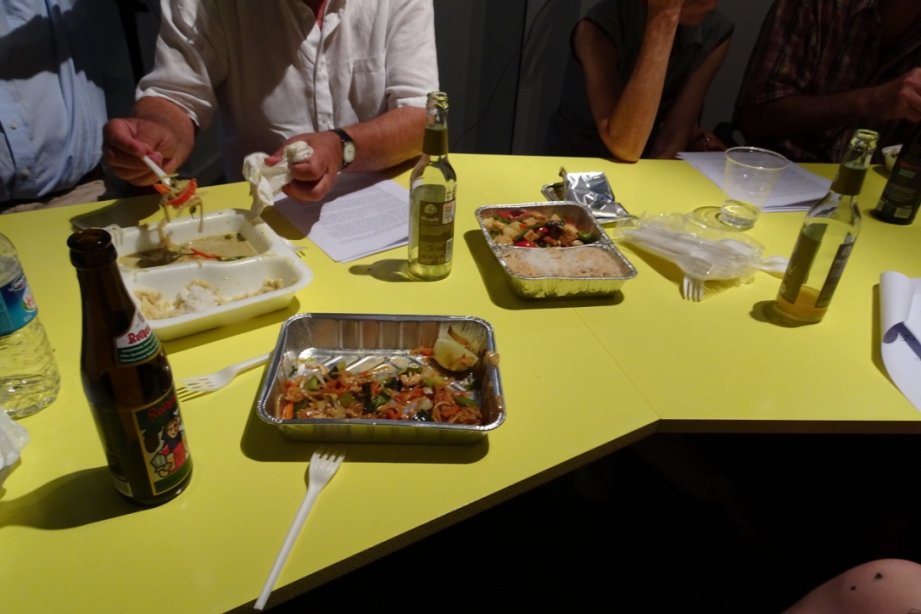 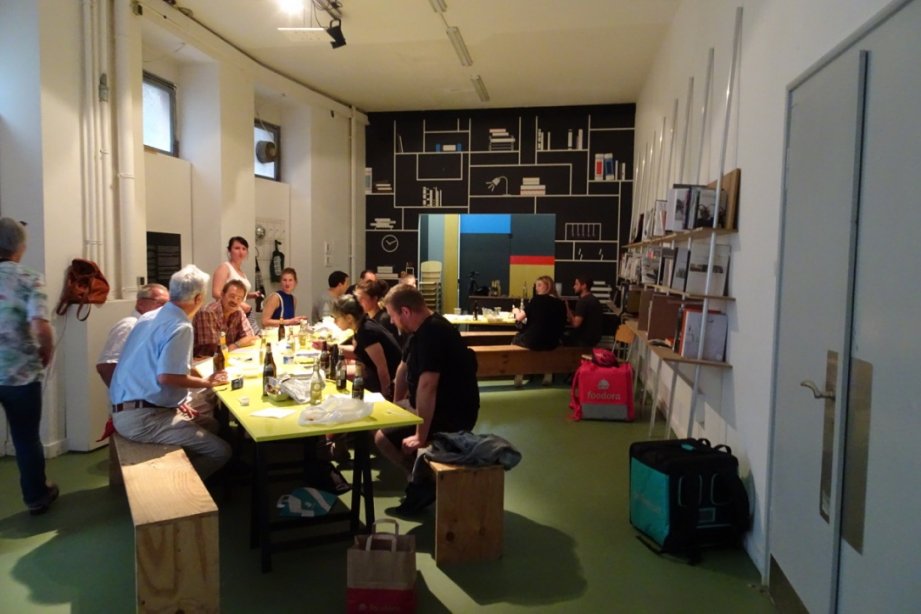 On July 7, 2017 Johannes Büttner will present his new Lecture Performance "Liefern" at basis e.V. The performance was developed in context of the exhibtion "Rumors of Glory".

***
Neil Stepheson's novel “Snow Crash” came out in 1992 and portrays an anarcho-capitalist dystopia. In this world in which all institutions have been privatized, fierce competition prevails, holding sway over life and death. That same year, artist Rirkrit Tiravanija created the piece “untitled (free)”, a blueprint for so-called ‘relational aesthetics’. By gathering and eating together in an art space, the relations between the participants took central stage and their community was celebrated. On arrival in the future, Johannes Büttner invites us to gather round a table again, to read from “Snow Crash” and re-digest Nicolas Bourriauds` concept of relational aesthetics.

The Lecture Performance will be in German and English