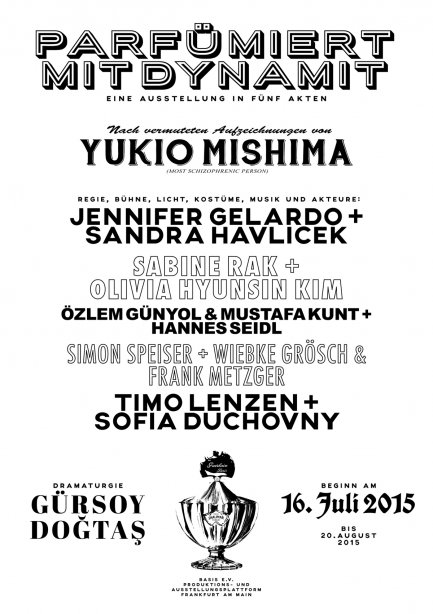 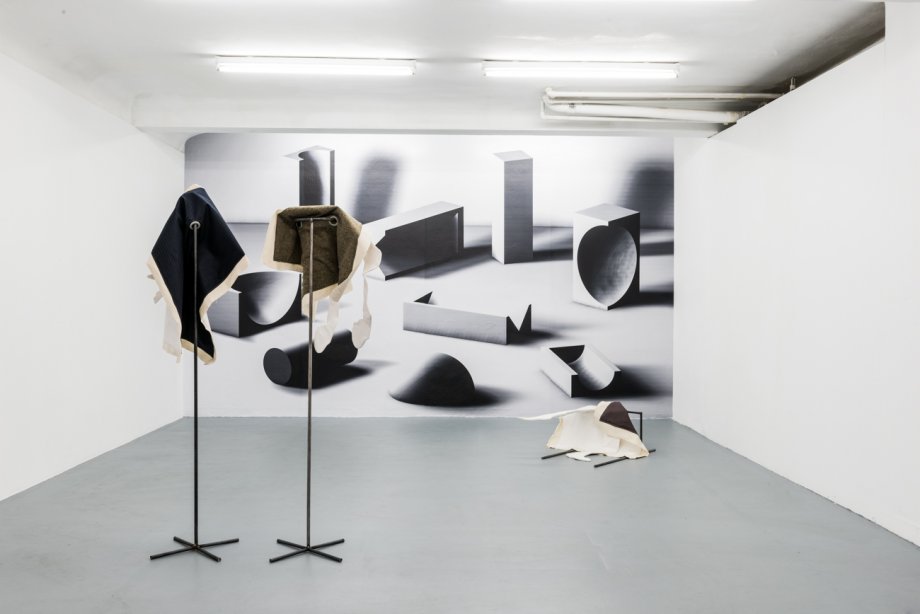 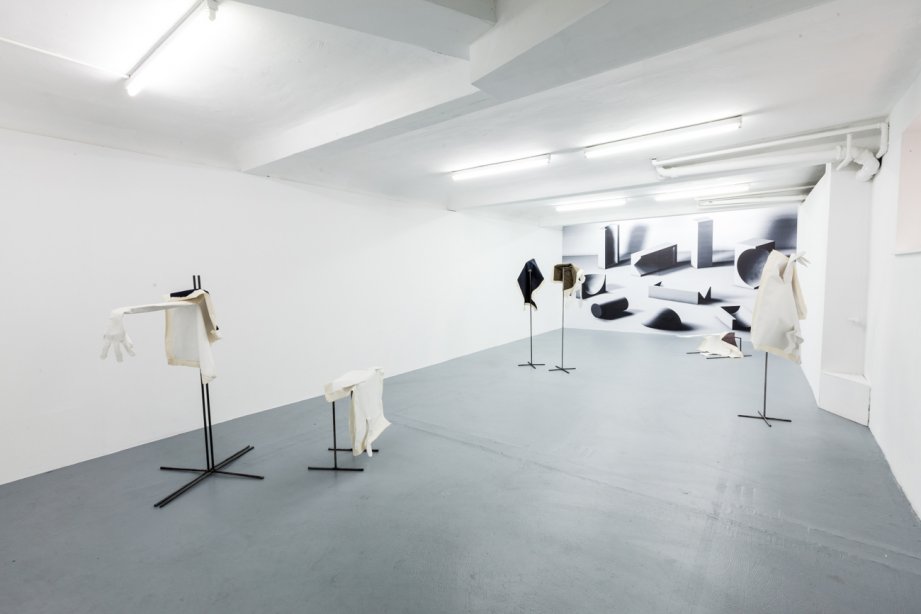 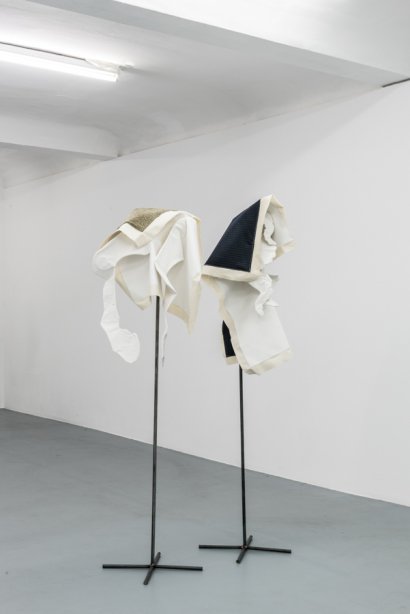 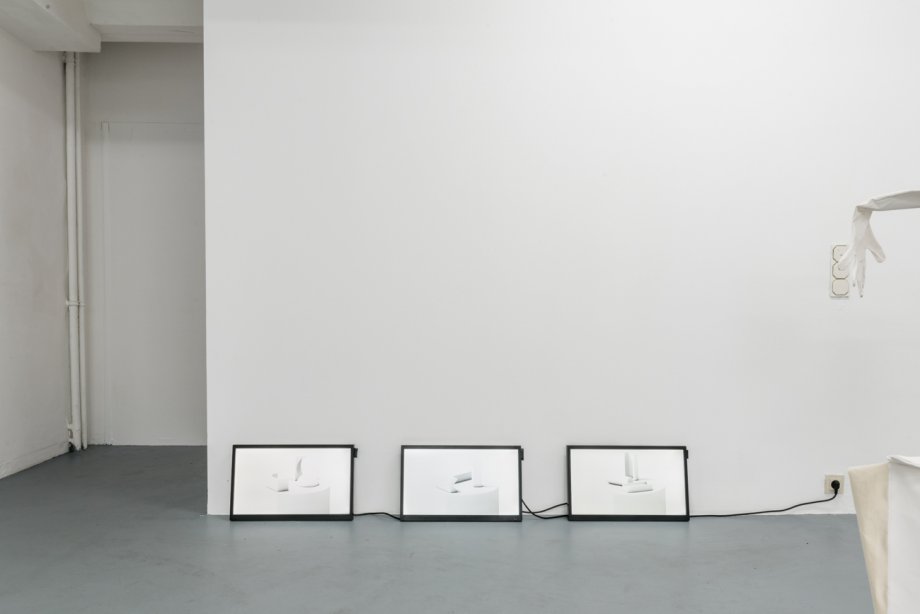 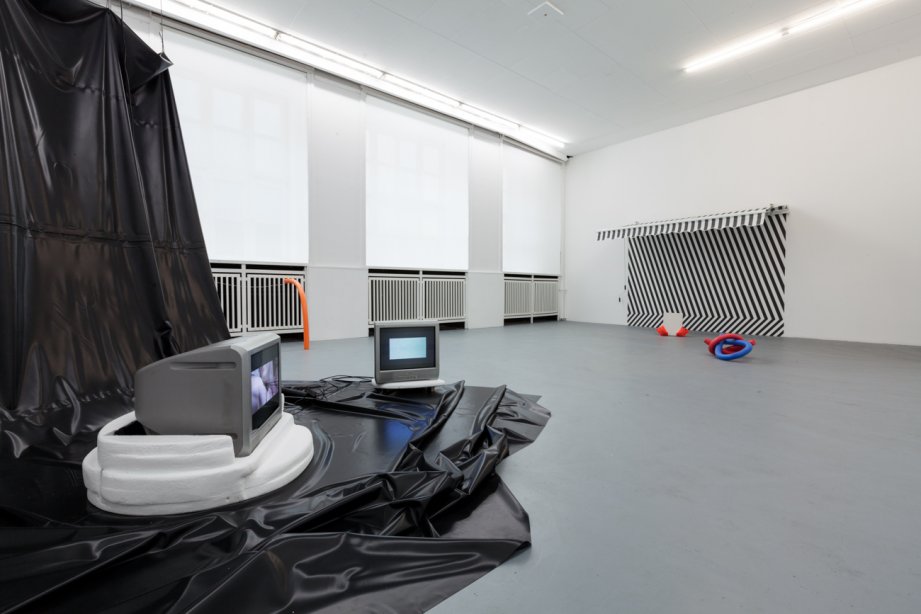 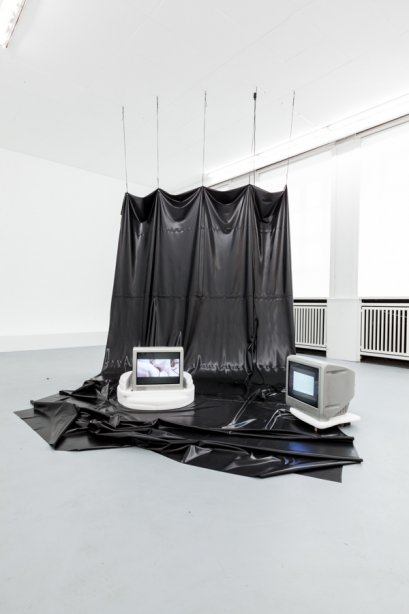 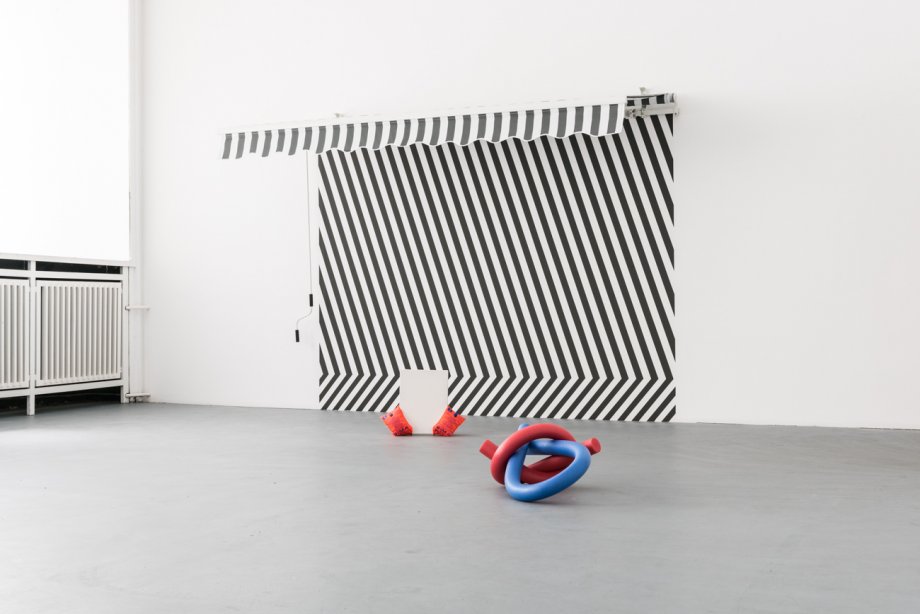 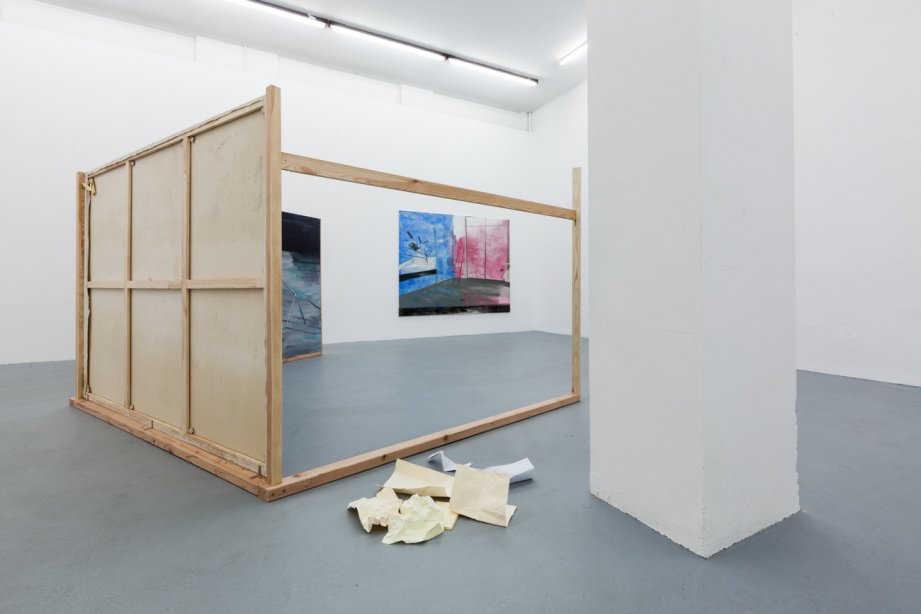 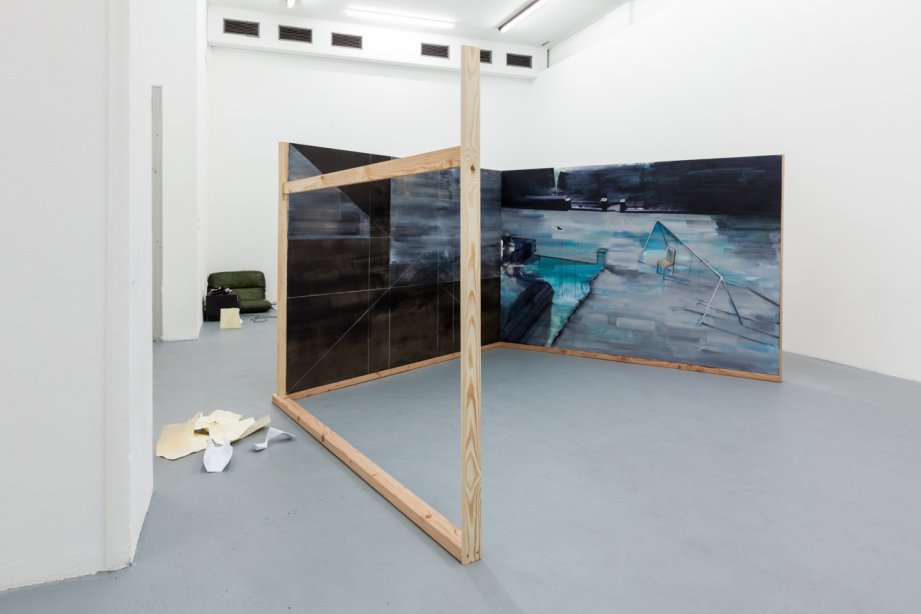 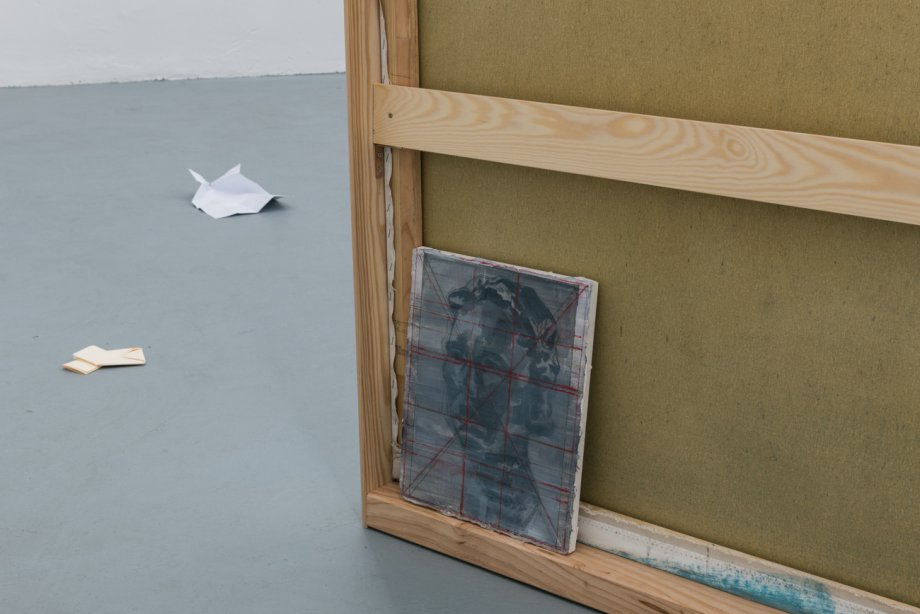 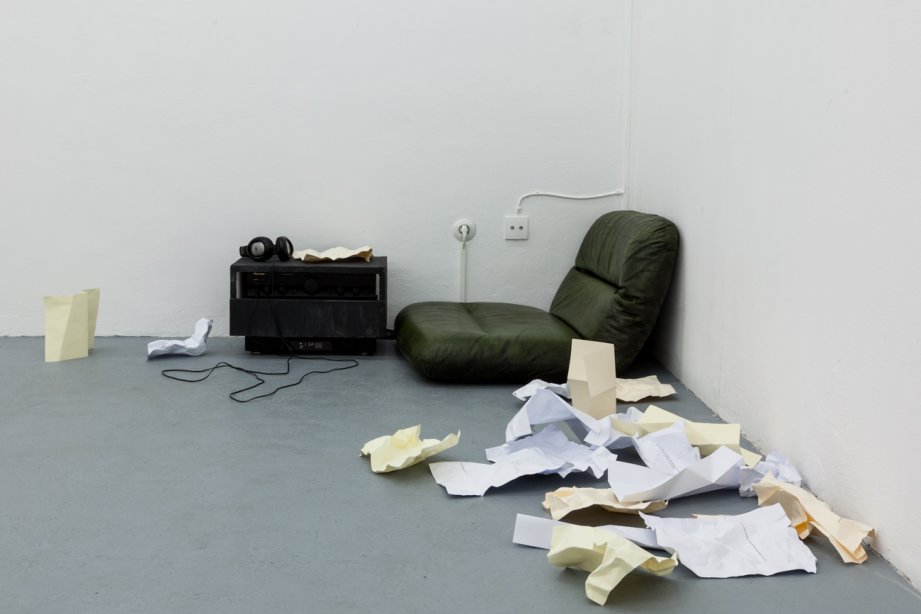 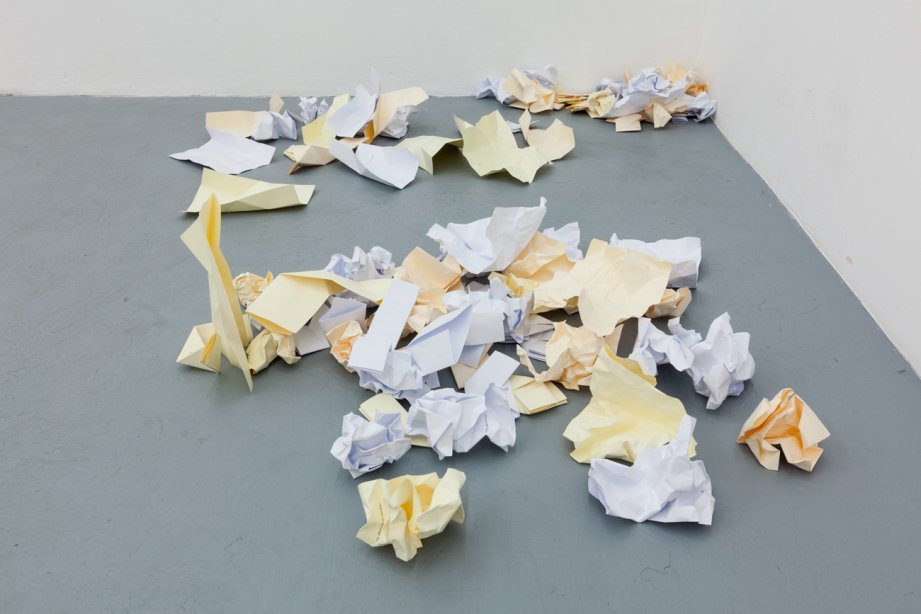 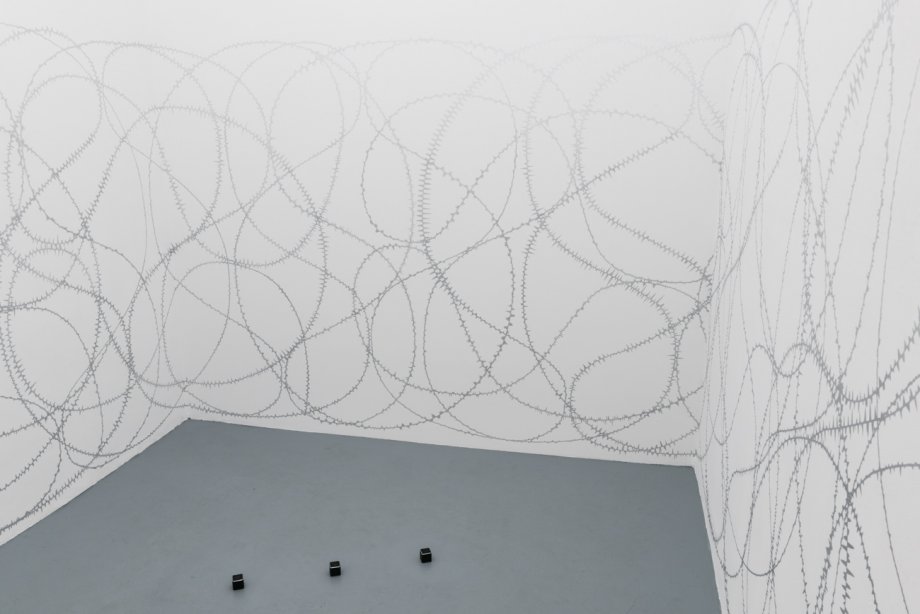 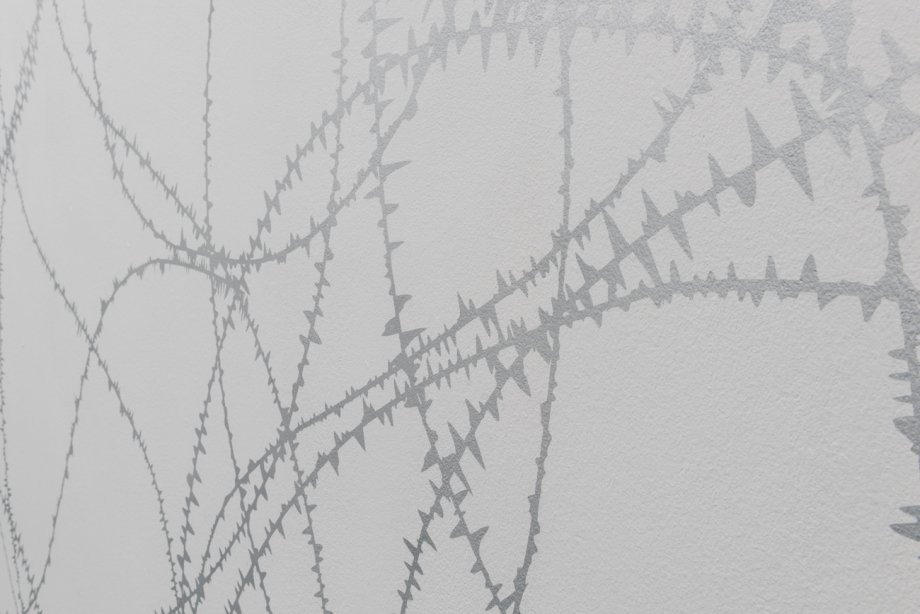 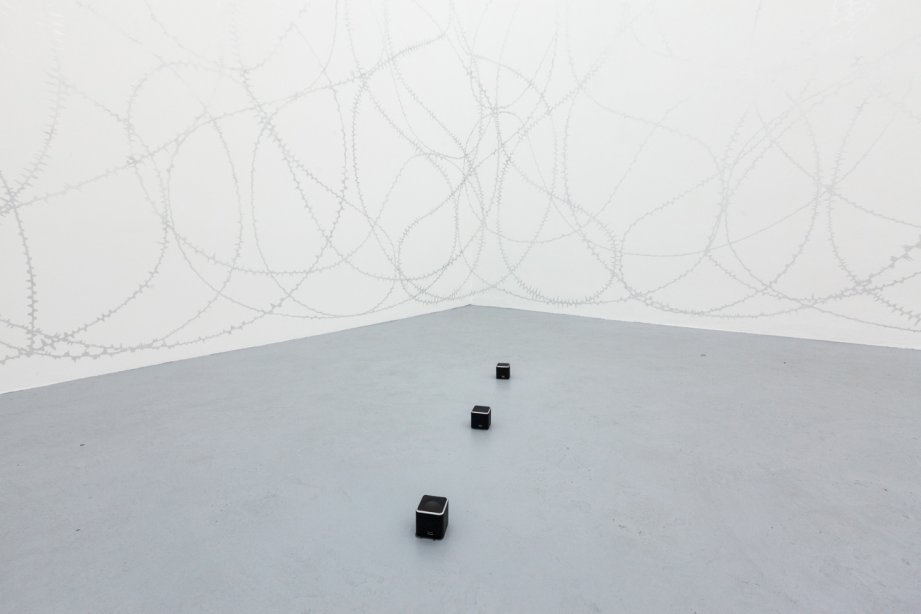 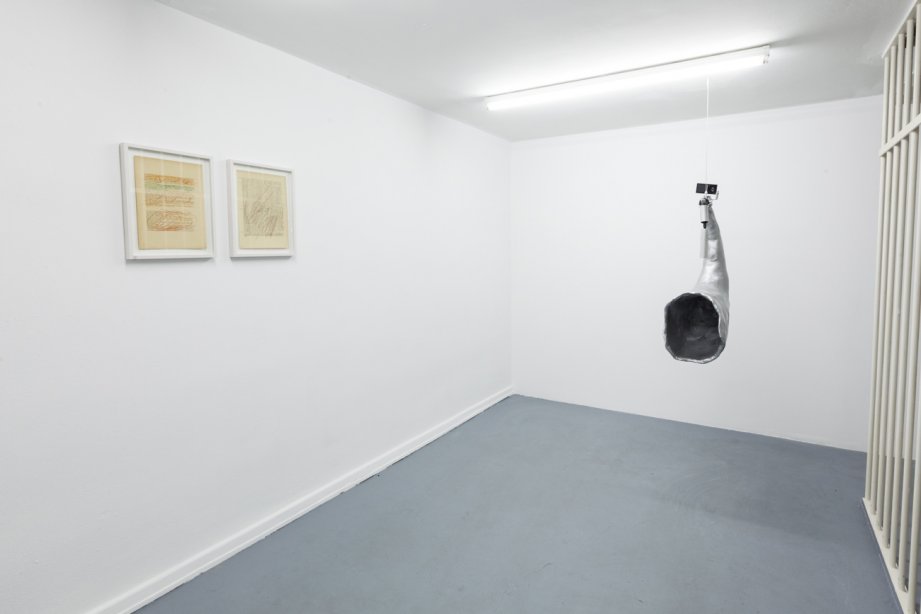 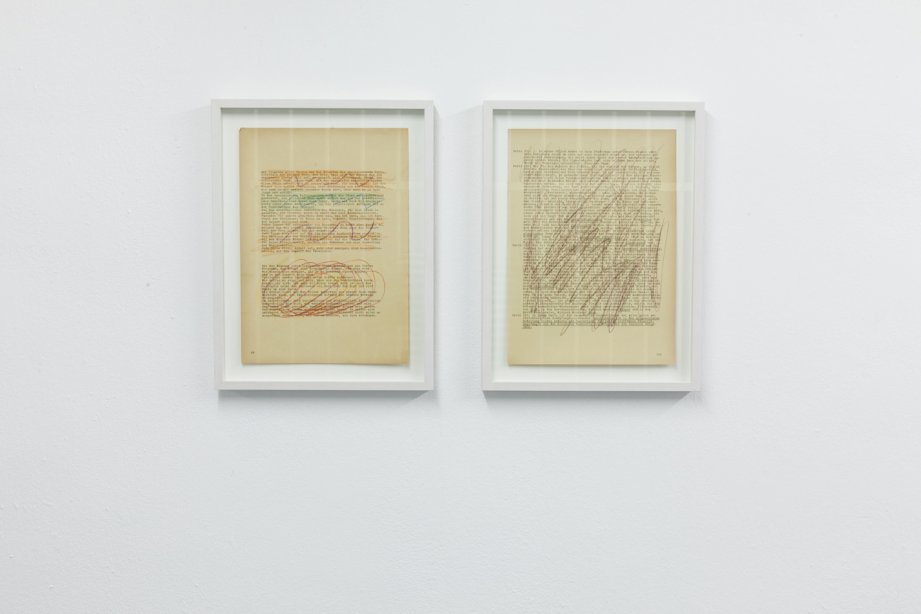 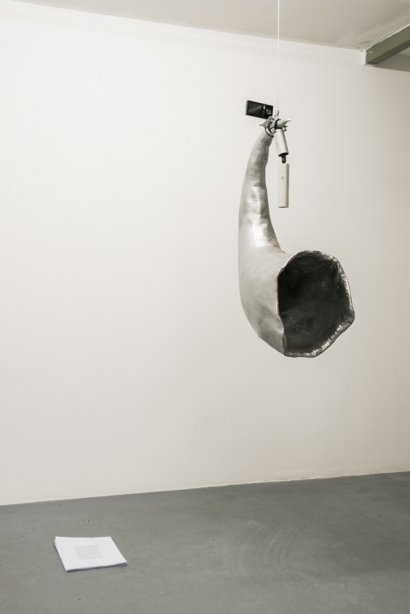 The exhibiton presents 10 selected works by artists/groups working in the basis studio-houses at Gutleut-, Elbe- and Linnéstraße, in which basis provides 126 studios for over 150 artists. The external curated show gives an insight of the artistic processes of the artists working on site. This year's curator is Gürsoy Doğtaş. In each of five exhibition spaces he brings together two artistic positions to collaborate on one installation. Mutually and alternately the works serve both as a backdrop and as a presentation. Especially the charakter of enactement is thereby a central aspect.

With a sound performance of Dirk Krecker and Martin Bott the Finissage of the exhibiton takes place on August 20, 2015, on the occasion of the Bahnhofsviertelnacht.

Prolog to (not subject of) the exhibition:

A sparsely furnished upper middle-class apartment. Living room and bedroom are both visible. A thin wall separates the two rooms. Two taciturn men, sunk in thought and driven by some dark desire, come together to talk. It is the night of November 24, 1970.

[1] Arabic: Whatever I saw before I beheld you was a sheer waste of life.