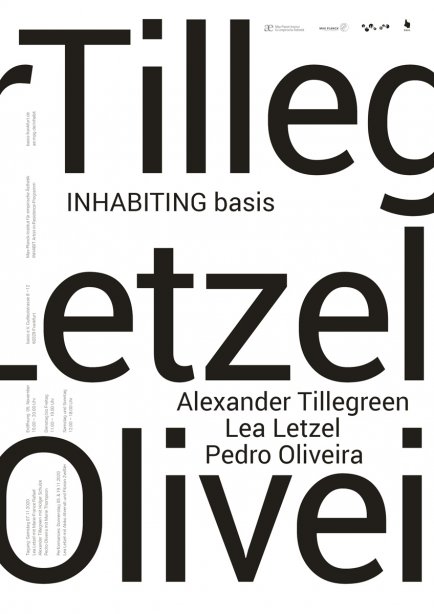 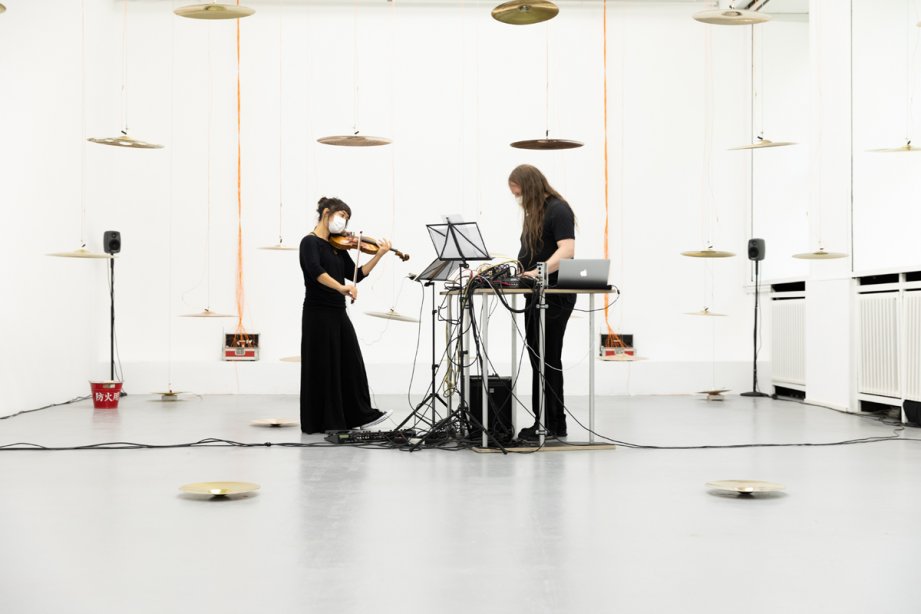 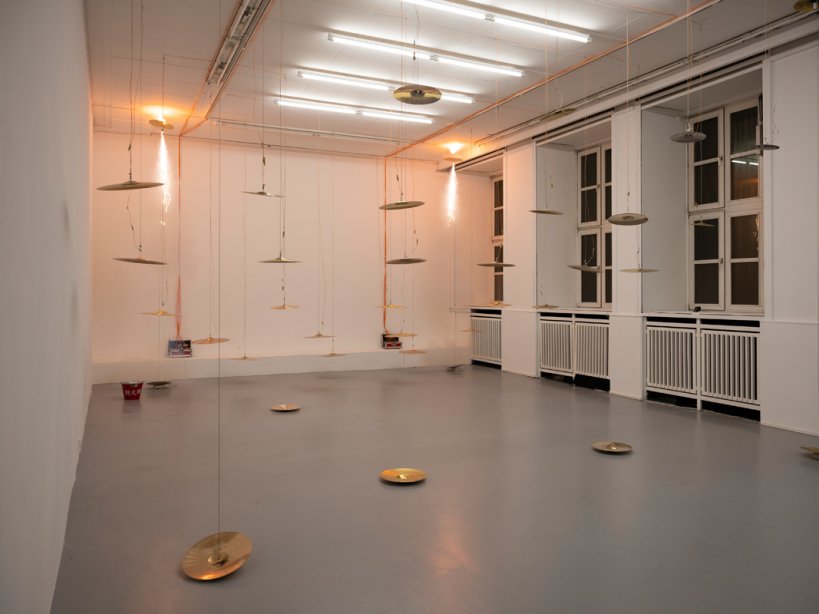 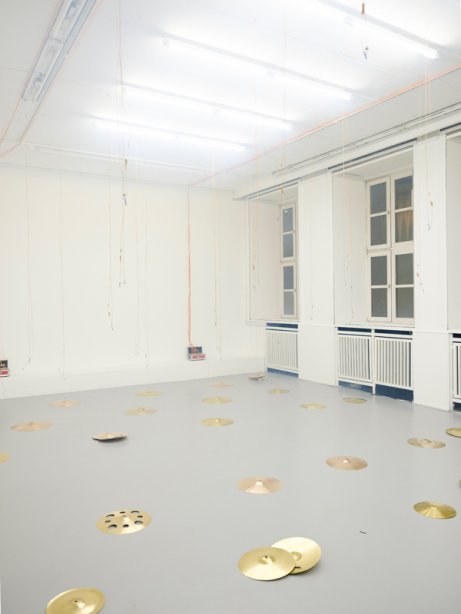 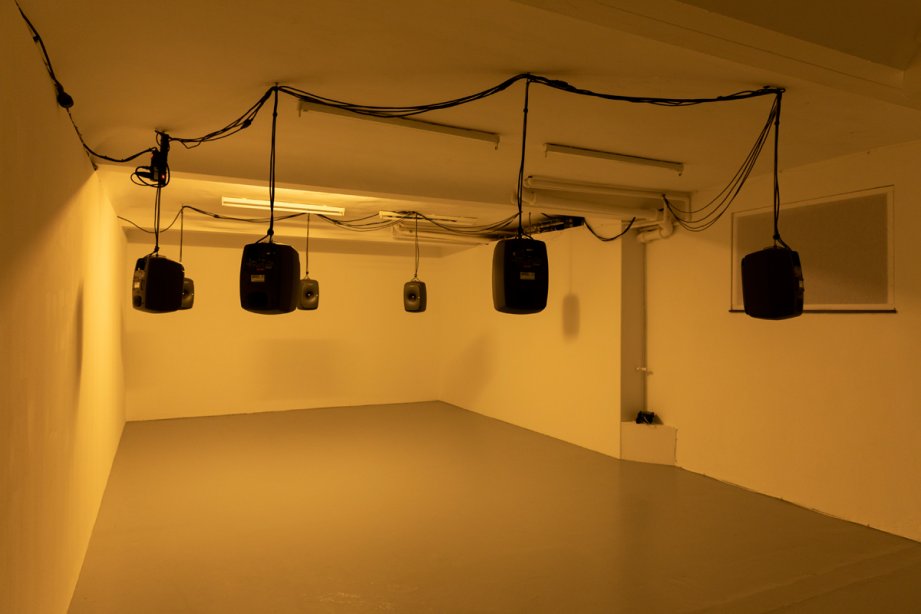 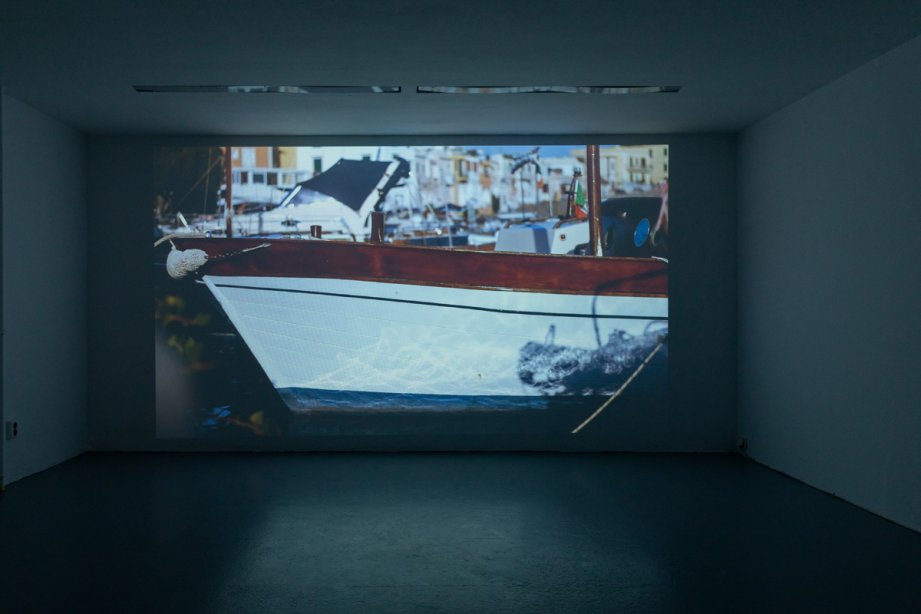 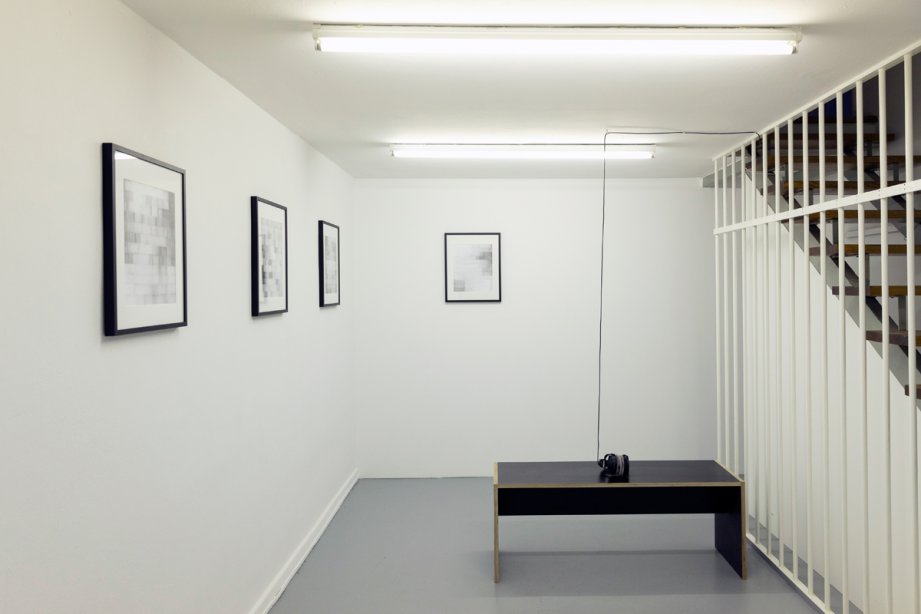 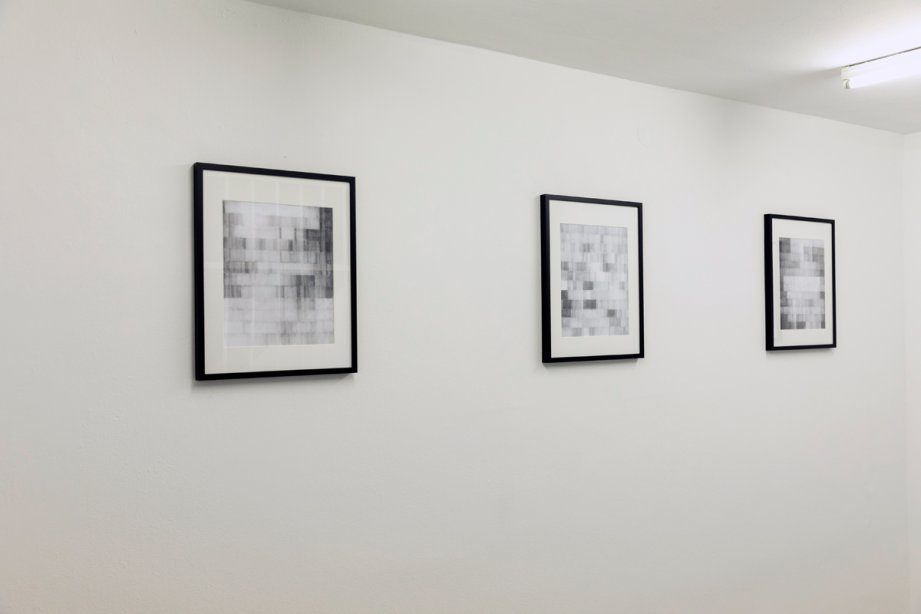 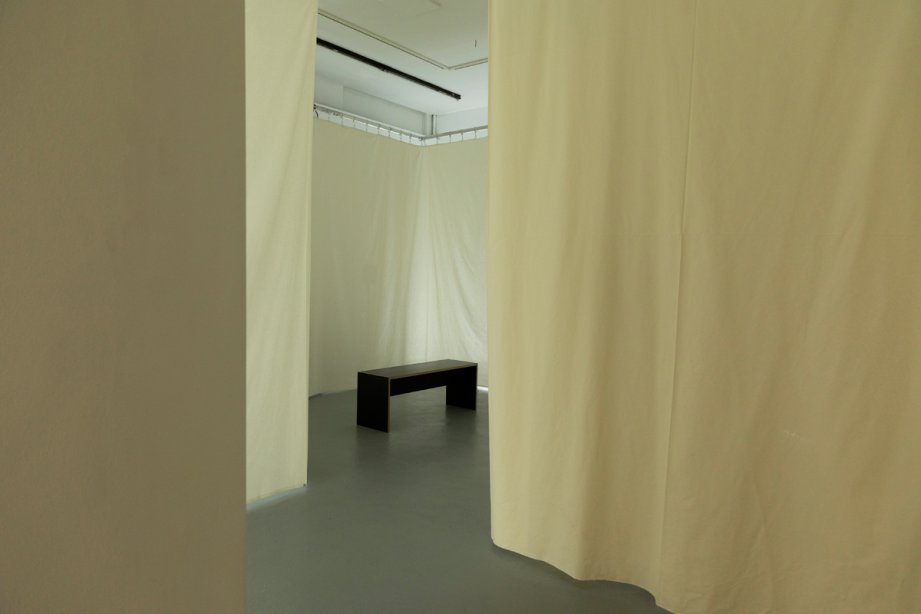 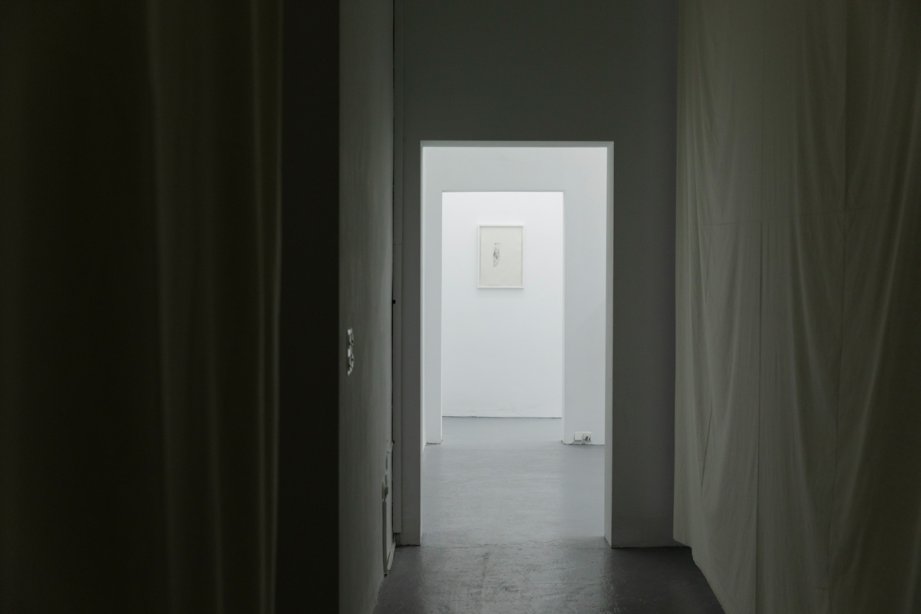 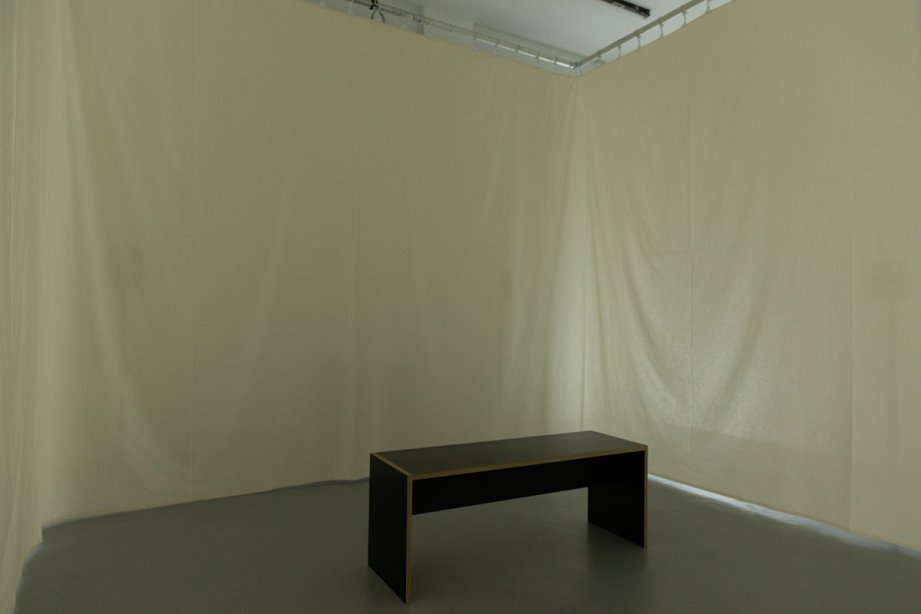 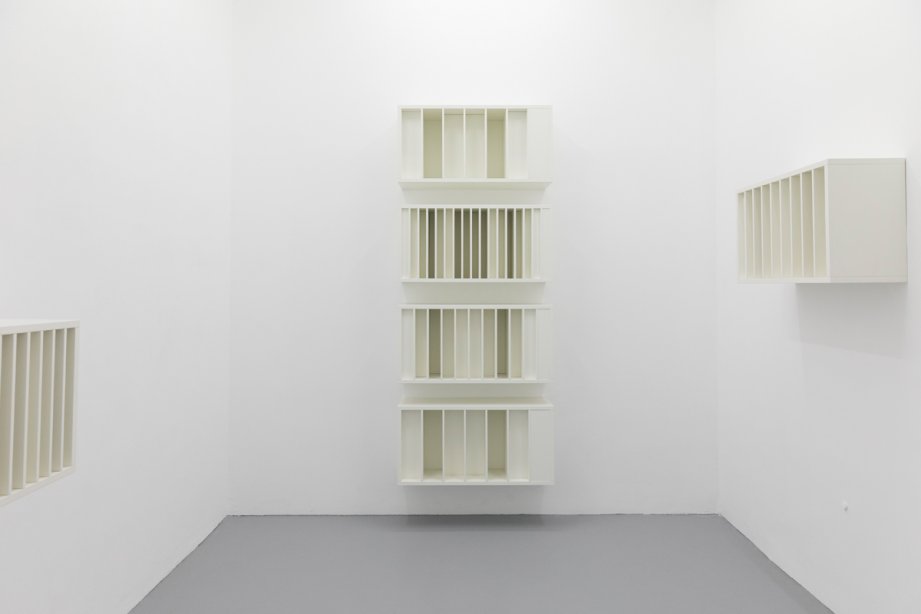 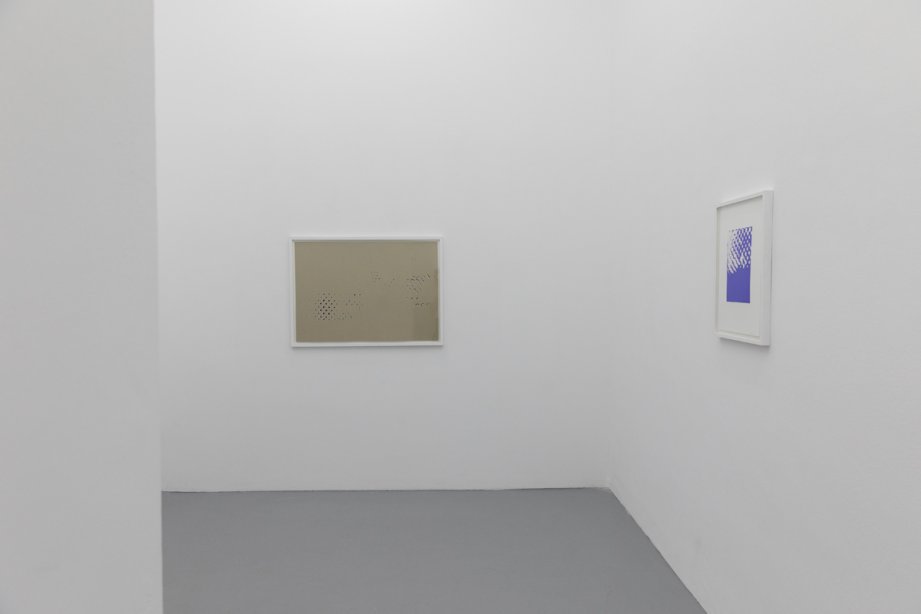 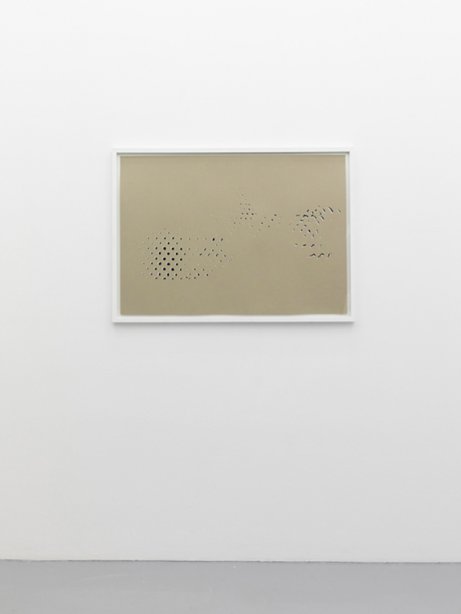 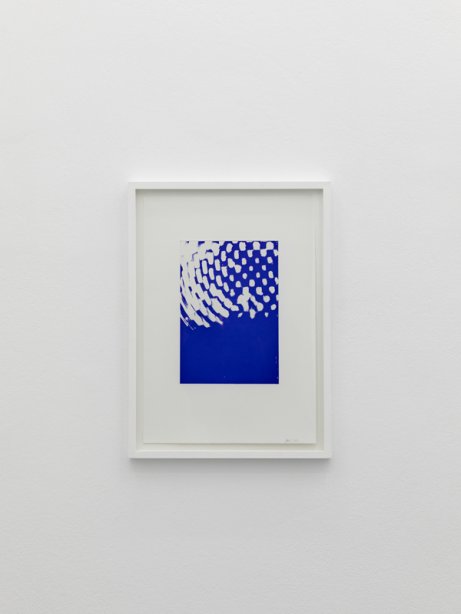 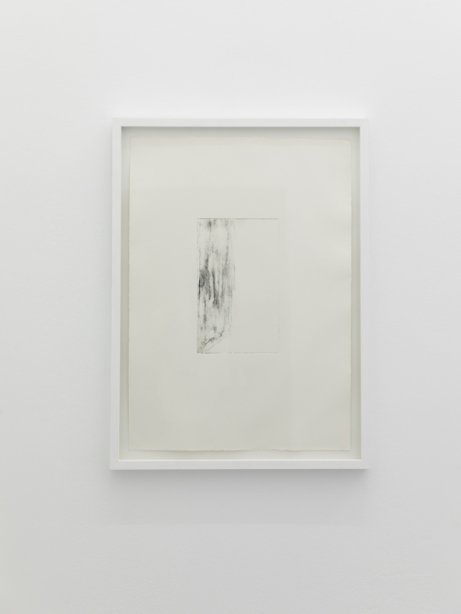 Due to the increasing number of coronavirus infections, the exhibition INHABITING basis can unfortunately not be made publicly accessible at present. Insights into the work of Lea Letzel, Pedro Oliveira and Alexander Tillegreen can be gained online on our homepage and our social media channels, in the booklet of the show as well as on the website of the Max Planck Institute for Empirical Aesthetics.
Here you will find a virtual tour of the exhibition with statements by the individual artists.

INHABITING basis is the first collaboration between basis e.V. and the Max Planck Institute for Empirical Aesthetics. Starting point is the Artist-in-Residence program INHABIT which was founded at the Max Planck Institute in Frankfurt in 2019. Within this framework three guest artists from different artistic disciplines work in dialogue and exchange with scientists from the research institute for three months each year. This joint exhibition features the artists of the first edition of INHABIT—Lea Letzel, Pedro Oliveira, and Alexander Tillegreen—and the works they created during their residencies. All three artistic positions deal with the topic of sound in terms of content and concept, but take very different forms. They also manifest different approaches to the scientific environment and aesthetic practices informed by this encounter, dialogue, and cooperation.

In a performative sound installation using the medium of pyrotechnics Lea Letzel will deal with notations and their visual and auditory choreography in space raising the question of the connection between sounds and culturally determined mental images. The background of her project is the examination of the Hanabi-Fu notation by the chemist and firework artist Takeo Shimizu, which she discovered during a scholarship in Japan. Letzel's residency at the Max Planck Institute was dedicated to researching this notation, its prerequisites and possibilities. Together with Akiko Ahrendt (violin) and Florian Zwißler (analogue synthesizer) she arranged the fireworks score Hanabi - Fu as a concert performance and will perform it on two evenings in the exhibition.

Pedro Oliveira's sound and video installation deals with the use of accent recognition software in European asylum processes and examines sound for its political dimension and its inherent power structures. His work focuses on the human voice and the question of the materiality of sound archives in the field of political surveillance. The question of how machine listening can be instrumentalized as a violent and dehumanizing means when embedded in asylum procedures was the focus of his residency and has been translated into a poetic narrative for the exhibition.
In addition, Oliveira shows a series of drawings that deal with acoustic biometric technologies as a visual reflection.

At the centre of Alexander Tillegreen's work is an immersive sound installation that deals with psychoacoustics and the perception of language. Based on a phenomenon from music psychology, so-called "phantom words", Tillegreen creates a listening room in which every person is confronted with auditory illusions and perceives different word structures based on their own subjective situatedness. The material of the sound work and its artistic arrangement was developed in interdisciplinary cooperation and dialogue with scientists at the Max Planck Institute including an ongoing scientific experiment on psychoacoustics. Additionally Tillegreen shows sculptural work and a series of graphic prints which function as visual reflections of different modes and states related to sound and listening. The combination of these works constitute his ongoing investigation into the connections between the visual, sculptural, and the auditory.

Notation and Display
Marie-France Rafael in conversation with Lea Letzel

Forms of Precision, forms of Imprecision:
How to investigate psycho-acoustic phenomena as artistic research?
Holger Schulze in conversation with Alexander Tillegreen

Here you find further information on the conference.