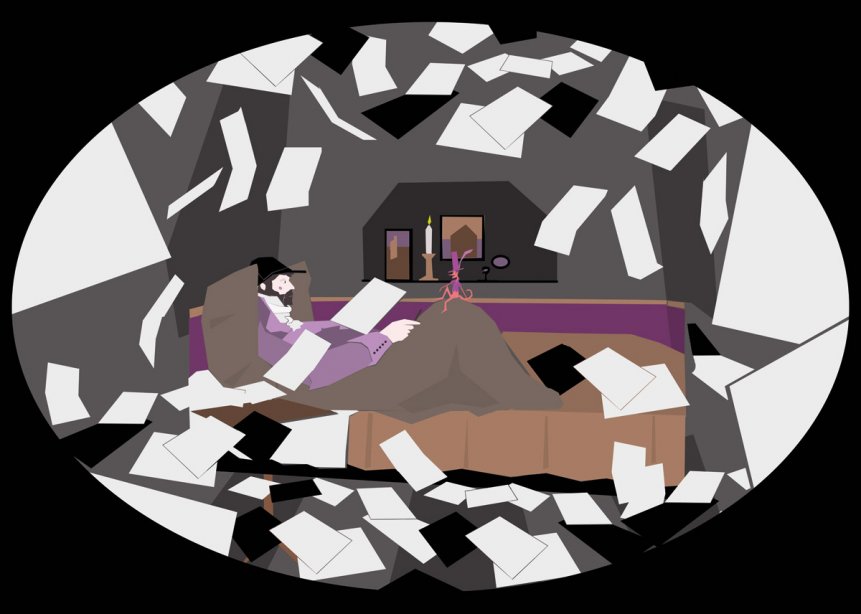 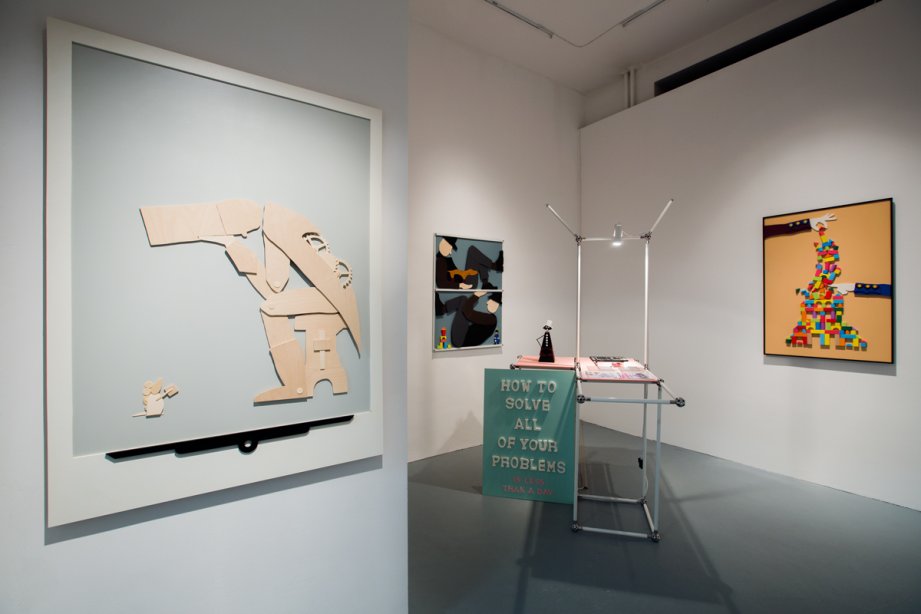 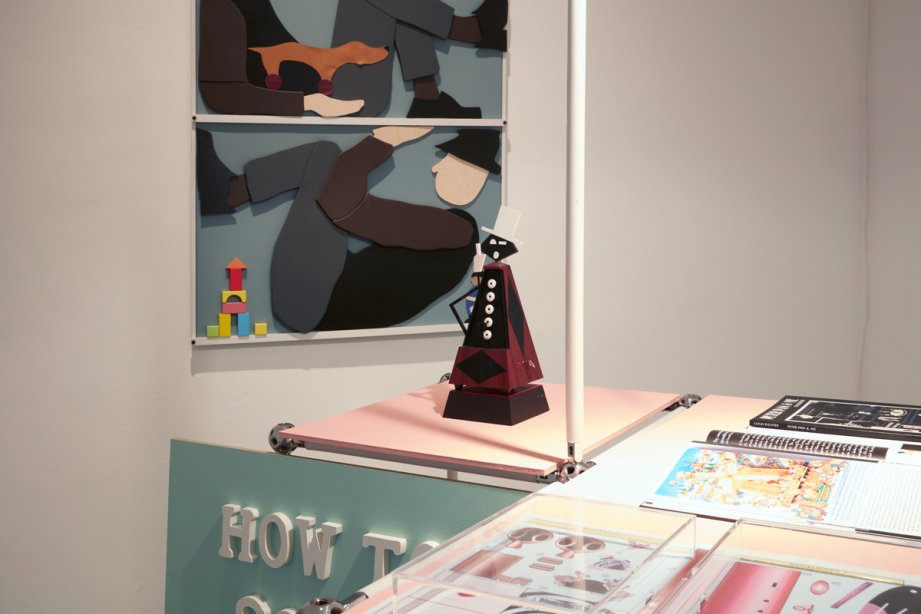 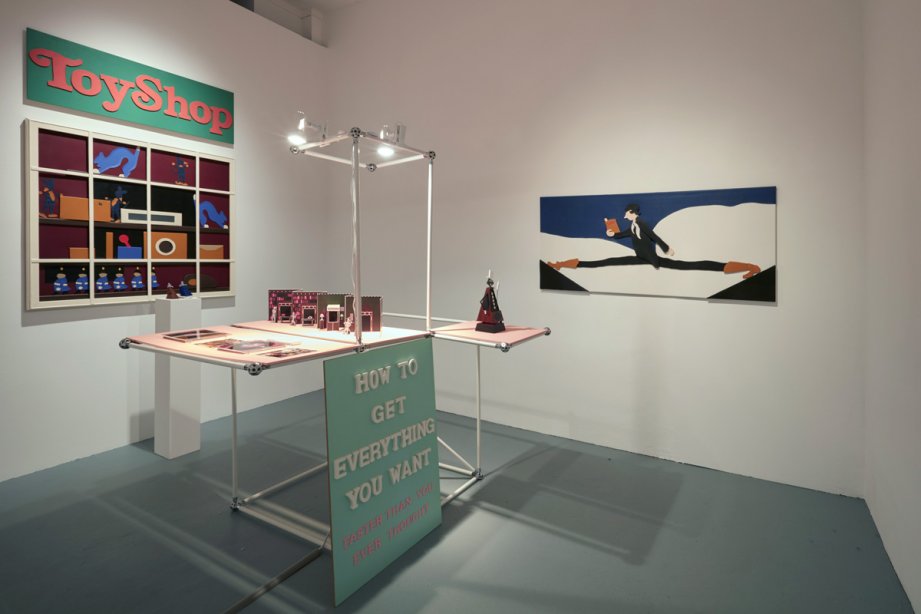 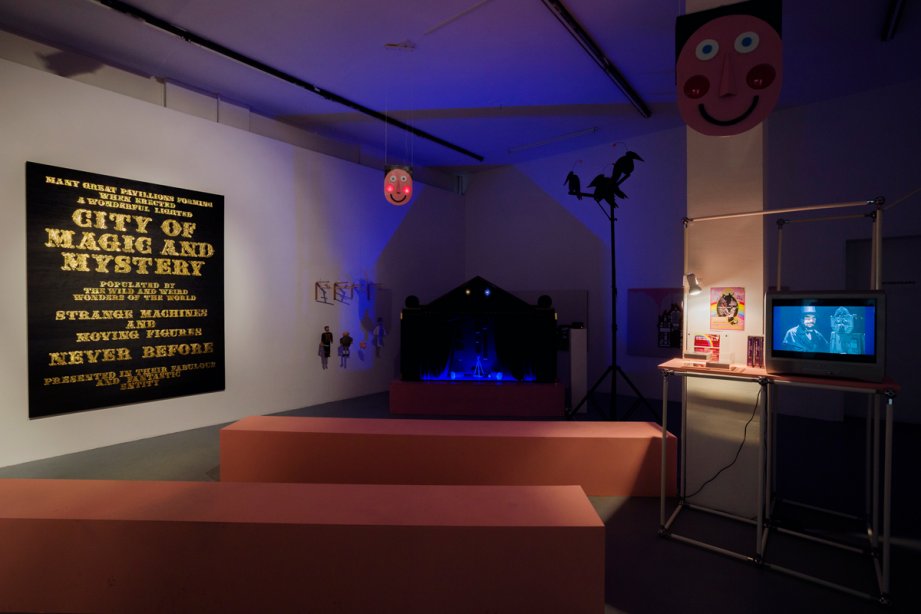 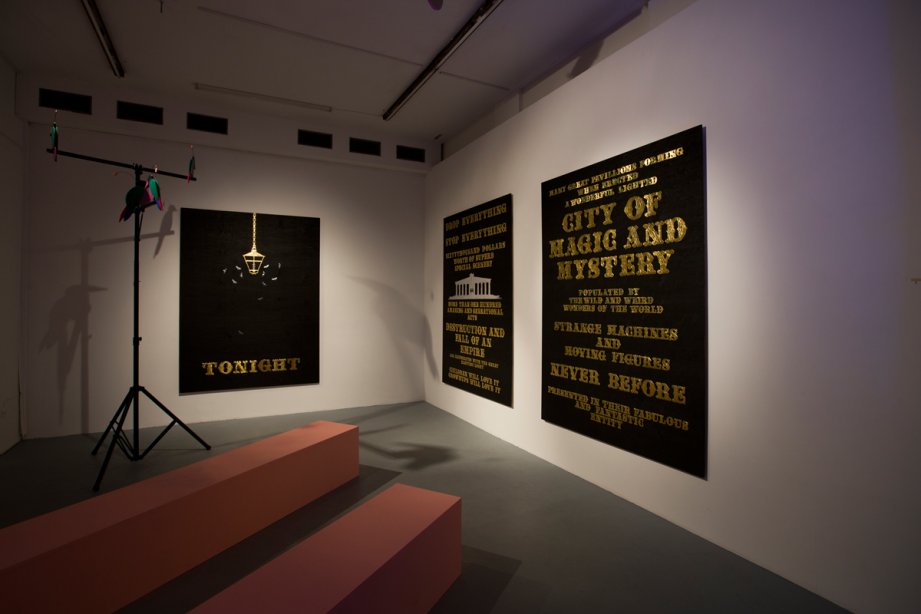 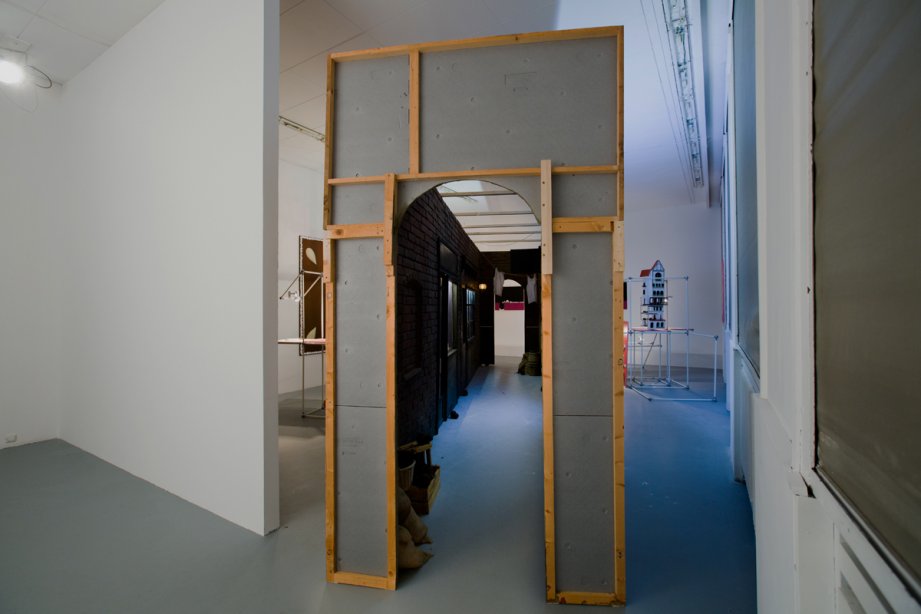 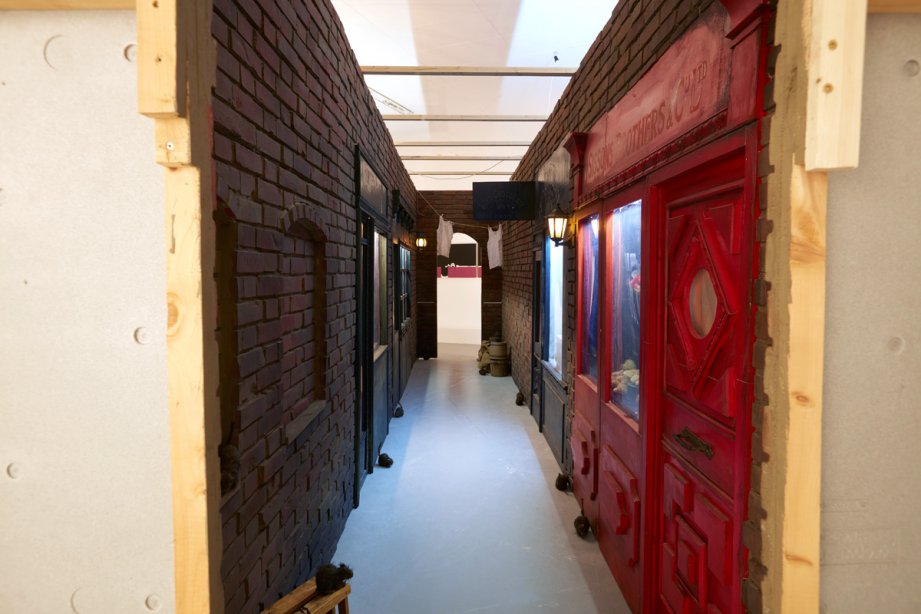 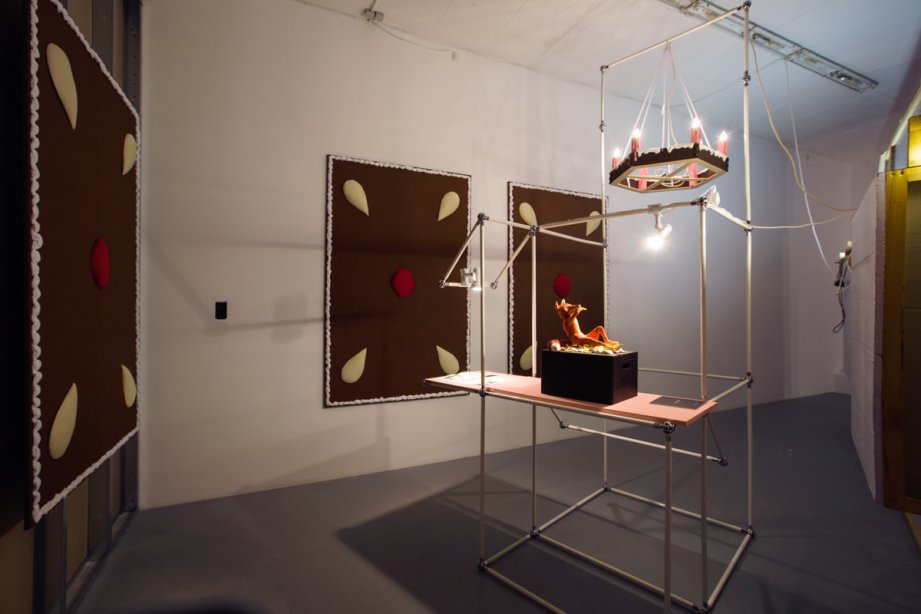 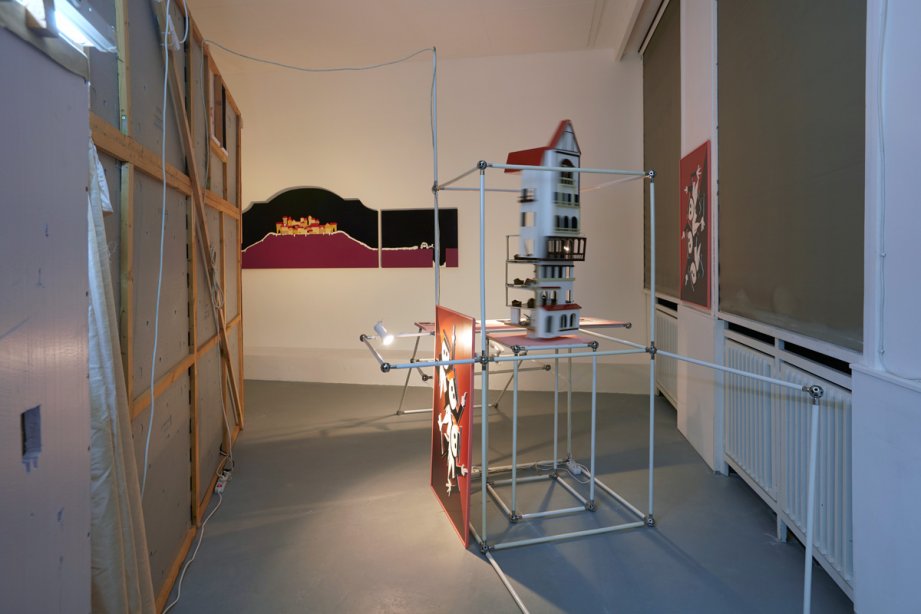 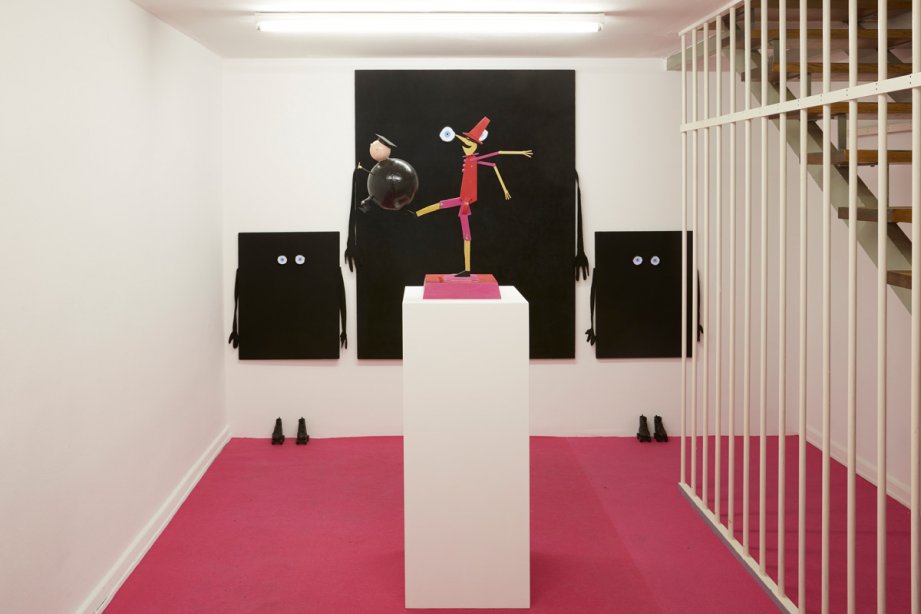 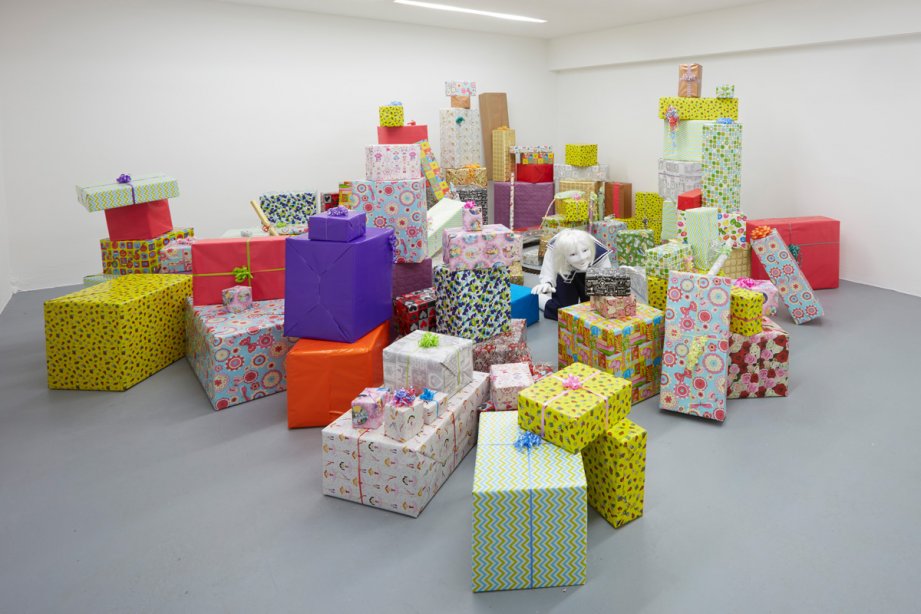 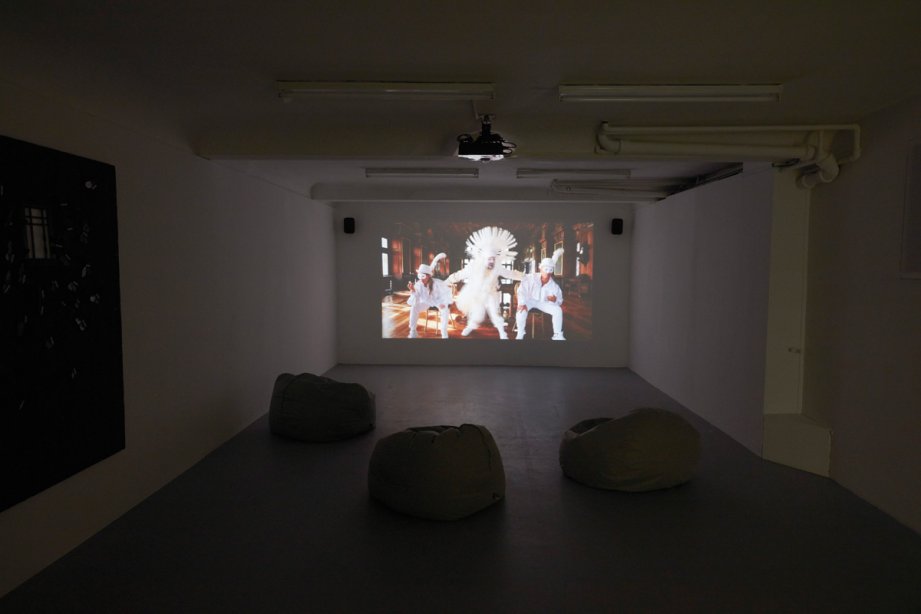 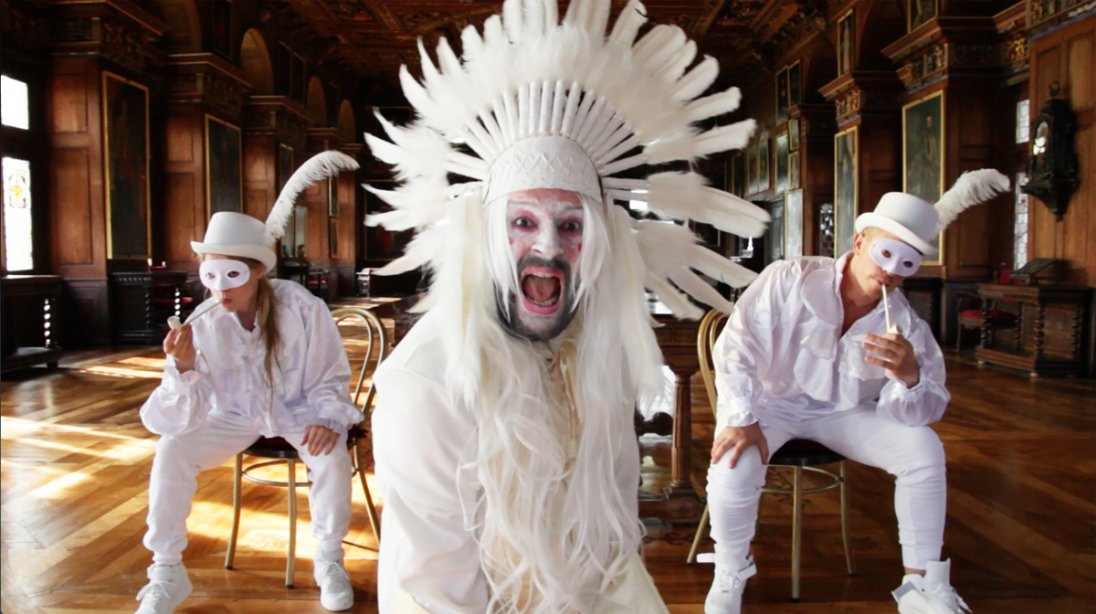 We are delighted to present the exhibition „The Frankfurt Songbook“ by Claus Richter from February 5 - April 10, 2016 here at the production and exhibition platform basis. After graduating from the Hochschule für Gestaltung in Offenbach Richter moved from Frankfurt to Cologne. The show presents a comprehensive overview of the artworks which he created over the last decade in those two cities. The opening is on February 4, 2016 at 7 pm.

Fantasy worlds and their allegedly naïve potential for flight from reality are central to Claus Richter’s practice of art. Installations, photographs, showcases, films, puppet shows, and performances come into play in his art as visually expressive devices that are treated on an equal footing with each other.

Richter’s imagined worlds subject our models of fantasy and reality to ironic treatment without their casting a merely critical look at the counter-worlds posited by Hollywood or the toy and confectionary industries. For ‘The Frankfurt Songbook’, he stresses the model of the shopping mall and the tunnel of horror as sources of our desire and the escape in a different world. He enacts an ironic over-saturation on the part of the viewer, drawing attention to the productive divide between fantasy and reality by means of exaggeration. The supremacy of the rational over dream worlds and their naïve innocence seems to be destabilized in his art, which also evokes a sensation of loss in the adult confronting these fantasy worlds.

Dream worlds as expressions of a longing for wish fulfillment and of psychic desire are elemental constituents of our experience of the world. In his installation, he stages the idea of the Gesamtkunstwerk as a melancholic yearning or as an imagination, as a quest for aesthetic wholeness, as an urge to flee reality. And by overtaxing the viewer’s senses and ostensibly affirming kitsch, his works succeed in rendering tangible the sensitive border between reality and imagination. The loss of the one becomes the evacuation of the other; imagination, without its opposite, reality, is meaningless. In this sense, without playing the two poles off against each other, Richter’s art opts for a gentle disempowerment of the binary relation of these two realms of experience.

The lucidly staged overkill of fantasy that appeals to fundamental patterns of desire allows us a glimpse into the abyss of attempting to fix the imaginary and turn it into a picture. Without becoming theoretical, Claus Richter finds a light-footed language with which to depict the tense psychological relationship between reality and fantasy. Ultimately, the superabundance of the aesthetic in his work points to the fact that fantasy should not be misunderstood as a flight from the rational world, but as an effective part of our reality.

here you can find the reading list compiled by Claus Richter.

here you can find the booklet of the exhibition.