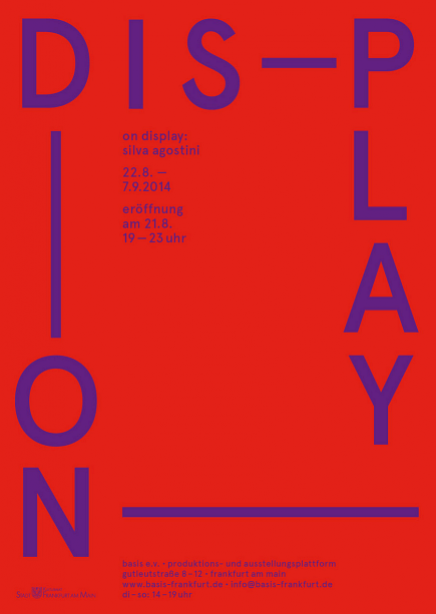 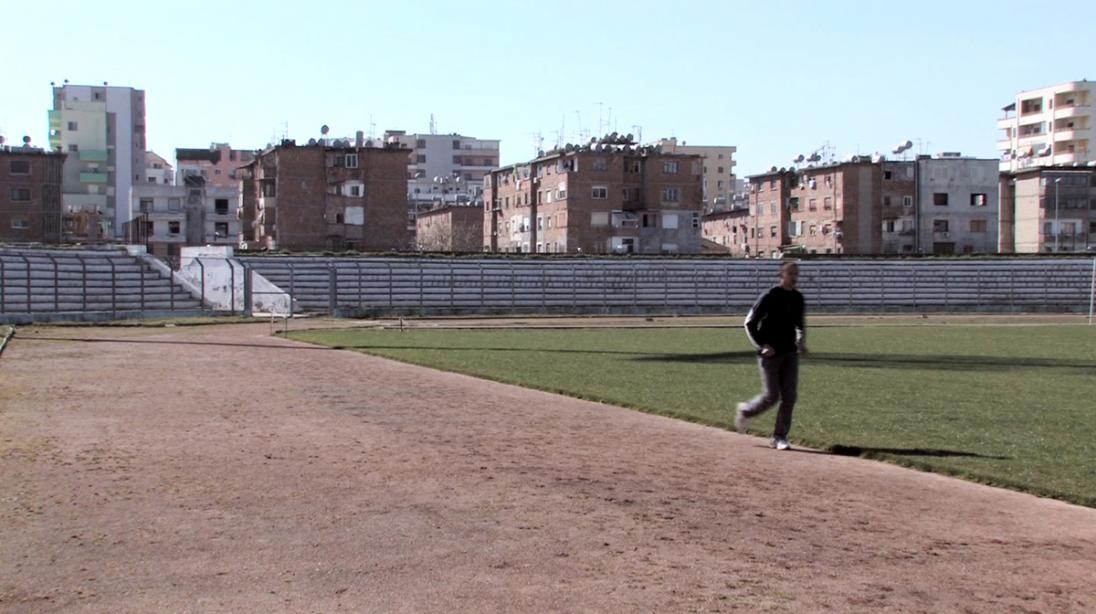 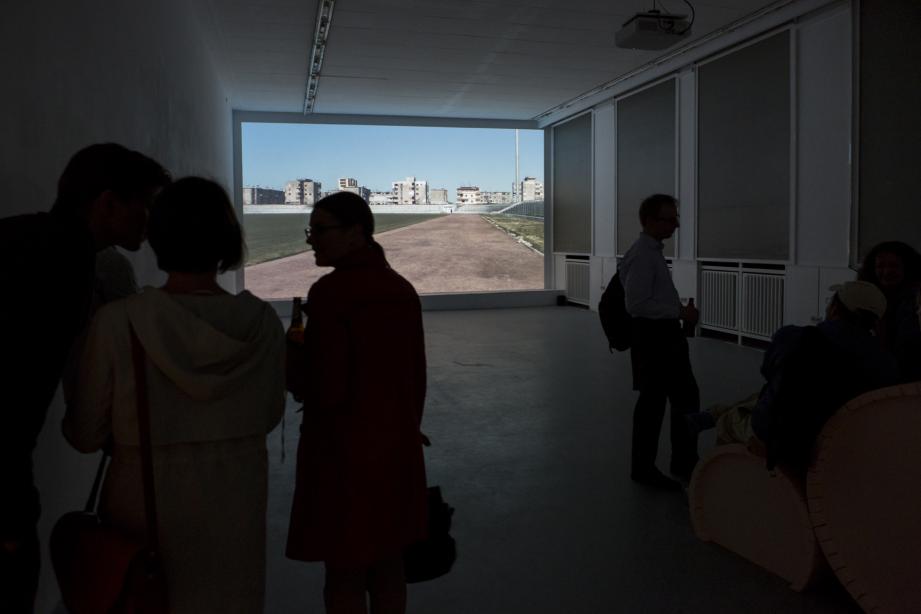 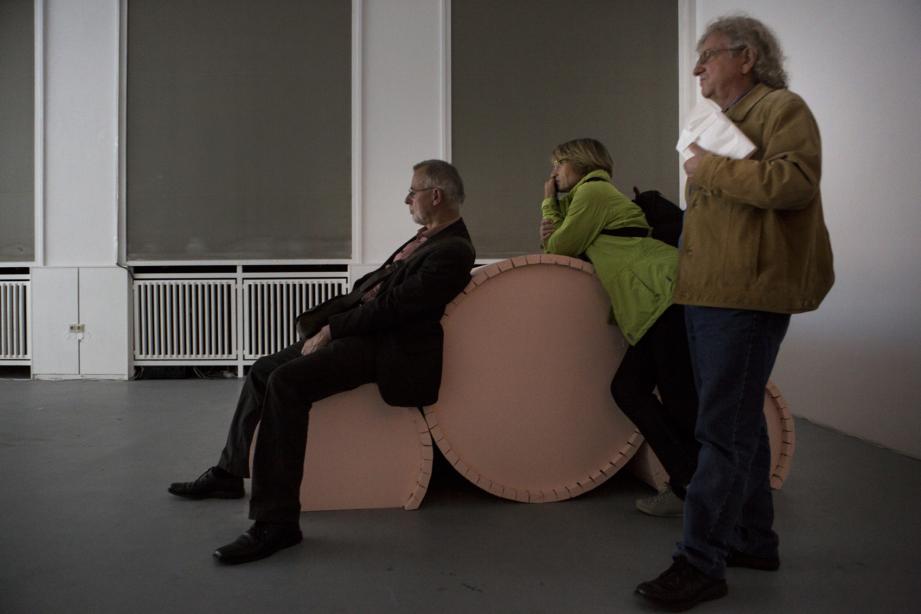 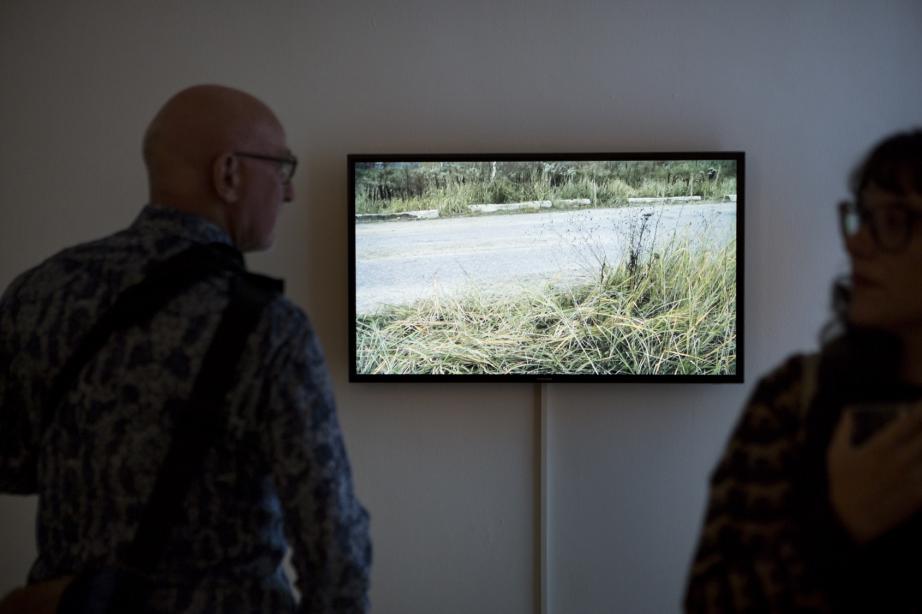 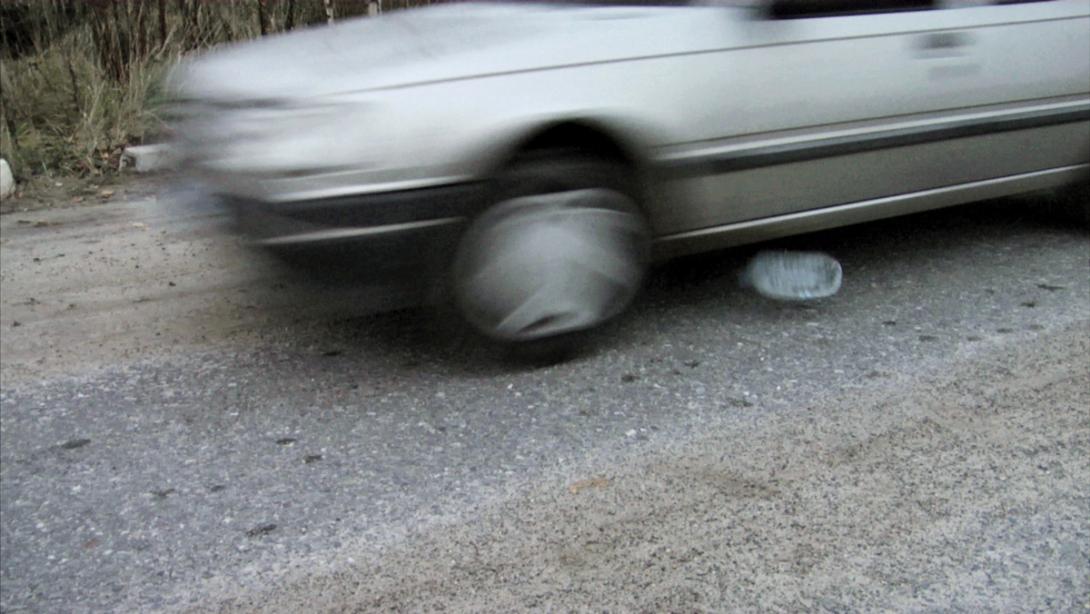 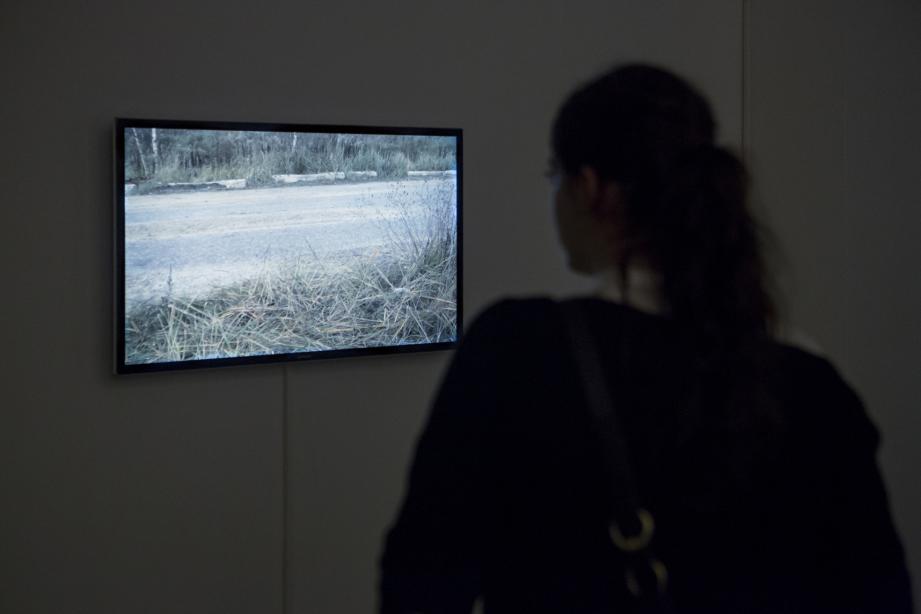 We are delighted to be presenting the videos Fractal Realease and Displacing Motion by Silva Agostini from August 22, to September 7, 2014. The opening will take place on August 2, from 7 p.m. till 11 p.m. - parallel to Bahnhofsviertelnacht.

Silva Agostini’s film and photographic works attest to sensitive observation and an engagement with temporal and spatial structures. Her film productions are a development of her interest in day-to-day situations and their accompanying fringe phenomena, whereby the role played by time is central. The artist contextualizes interrelated elements of reality to generate a confrontation that in itself appears timeless. By interweaving documentary and filmic elements in her productions, she generates tension that manifests itself in an alienated view of the usual and ordinary.

The film Fractal Release is based on Agostini’s grandfather’s handwritten logbooks documenting Albania’s national track and field sport records over a period of more than 50 years. The work shows us a runner in a stadium running his apparently endless laps in an environment that seems as if rooted it were in a bygone age. Widely disparate stretches of time are interwoven in the runner’s bodily movement, the historical stasis of the location, and the heirloom which itself spans decades—simultaneously, time as a permanent, unchangeable state as well as elements of the conservation of urban features are referenced.

The film work Displacing Motion focuses on a plastic bottle on a nondescript street. Now and then cars traverse the picture and run over the bottle. Depending on the speed of the vehicle, the bottle is set in motion while the soundtrack documents the sounds as bottle and tires collide. Agostini focuses attention on an unremarkable everyday situation that becomes an almost dramatic narrative thanks to the filmic presentation of the situation and the camera’s movements. Not least thanks to the way the film ends—the bottle gets knocked off screen and the camera runs on without it—the artist evokes the idea of a dramatic denouement that suddenly cuts off the previous acoustic and visual rhythms.

Silva Agostini (*1979 in Tirana, Albania) lives and works in Berlin and Tirana.

on display is curated by Gislind Köhler