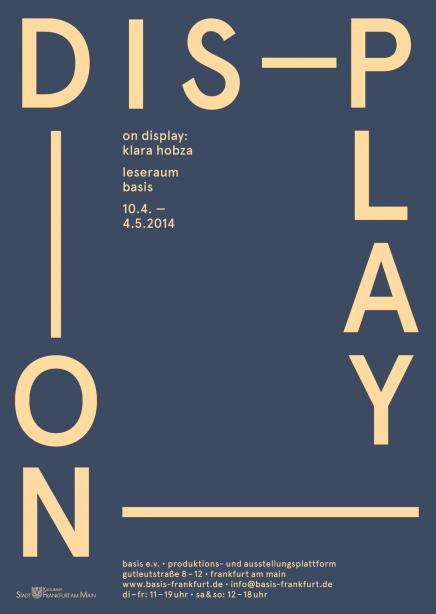 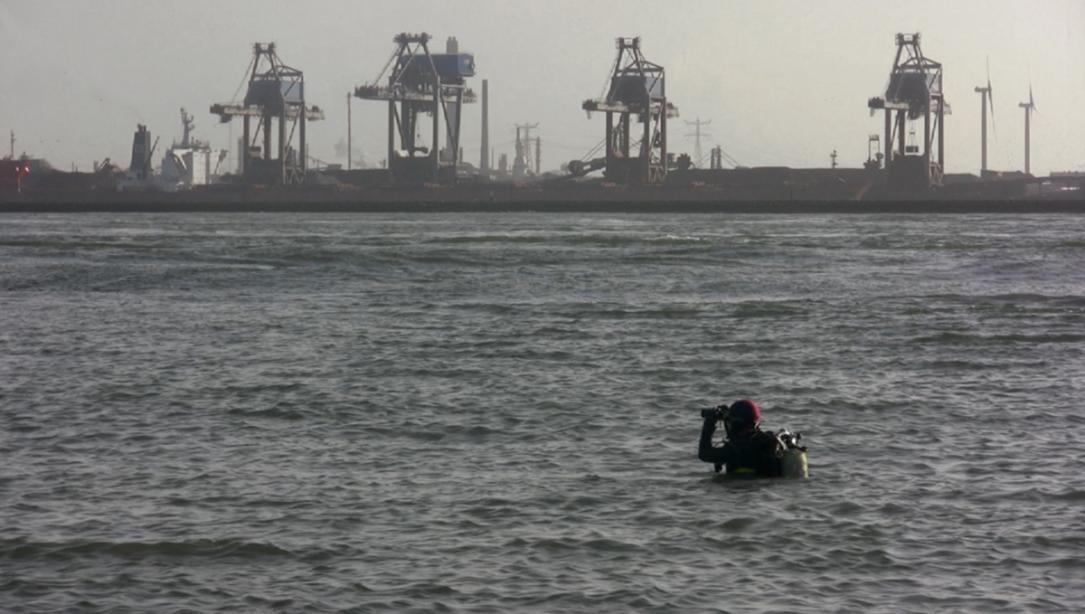 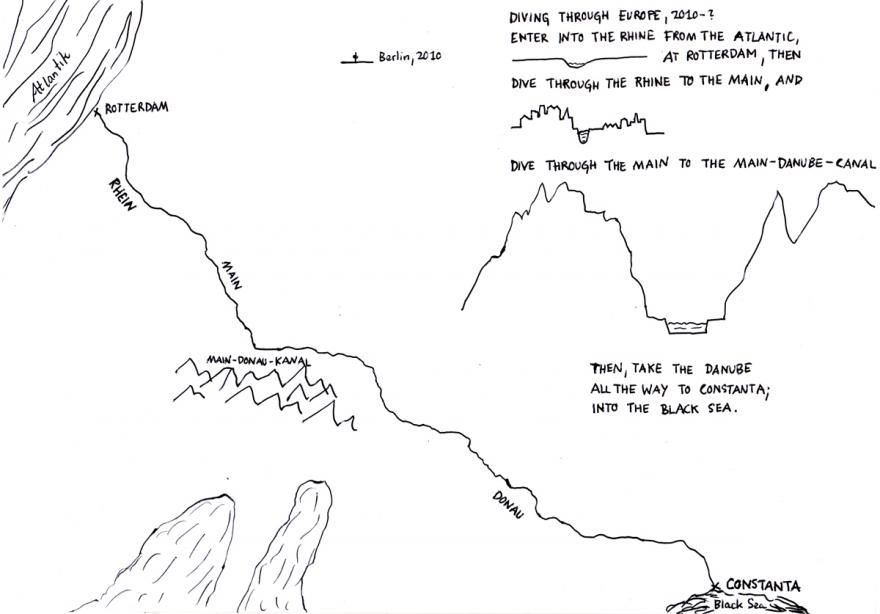 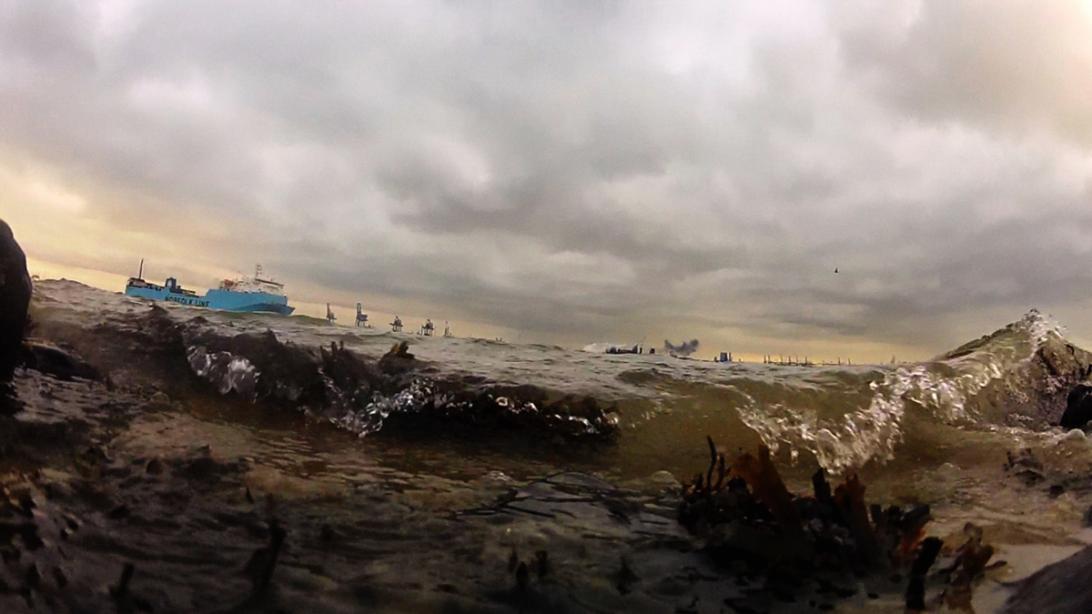 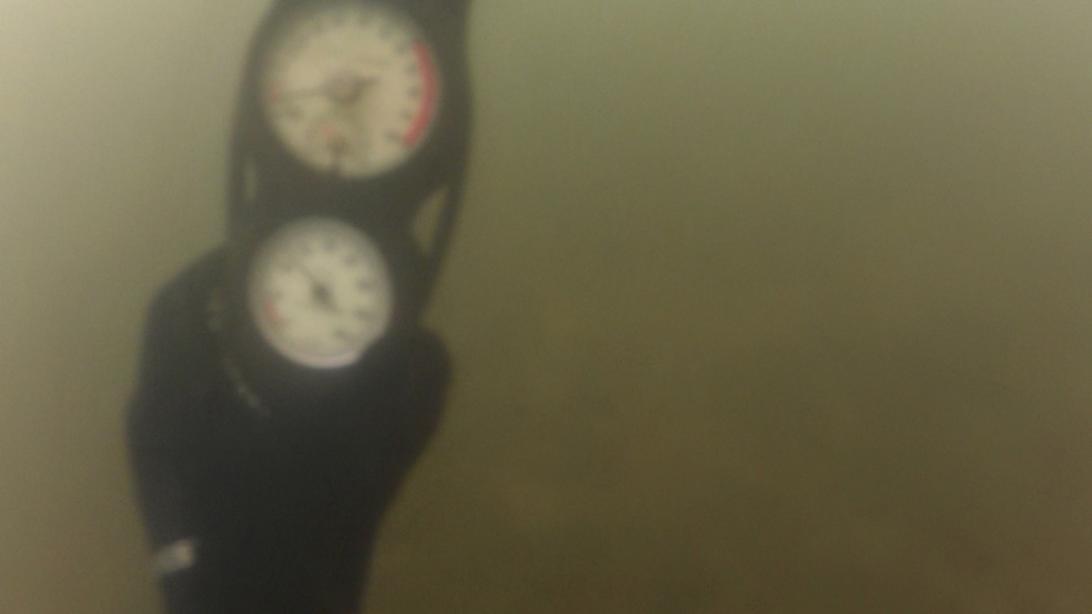 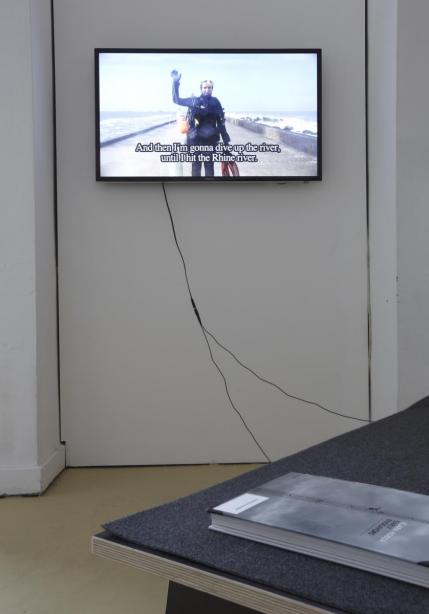 We are delighted to be presenting the first four videos of the long-term project Diving Through Europe by Klara Hobza from April 10, to May 4, 2014.

Klara Hobza tests with her projects the bounds of possibility – in Diving Through Europe she wants to dive across Europe from the North Sea to the Black Sea. For the 2012 launched project that looks at first sight impossible, or even utopistic, the Berlin based artist scheduled a time period over 25 to 20 years. Starting at the estuary of the river Rhine at the harbor of Rotterdam, she dives all through the river up to the City of Mainz, where she changes to the River Main and continues through the Main-Donau-Canal all the way to the river Donau, that finally flows into the Black Sea. The episodes of the project will be presented step-by-step to the public. The first four videos document Hobzas dives from the North Sea to Rotterdam.

The idea for this project came to Klara Hobza’s mind at a train travel from Berlin to Pilsen. After a longer stay in America, she wants to re-discover and understand Europe aside of national boundaries by transiting it on its navigable waterways. After two years of preparation, a. o. at the Alpamare in Bad Tölz, she finally realized her audacious and drawn-out project in 2012.
Like in Werner Herzog’s Fitzcarraldo, by whom she attended a film-seminar, the artist wants the impossible to become reality. In contrary to the theoretical reflections and cinematic fiction, reality involves unpredictable moments and danger, which could not be thought of in advance. An almost crash with a containership in the dull water brings that immediately to mind and proves the seriousness and physical effort, which are connected to the project.

On display is curated by Gislind Köhler.