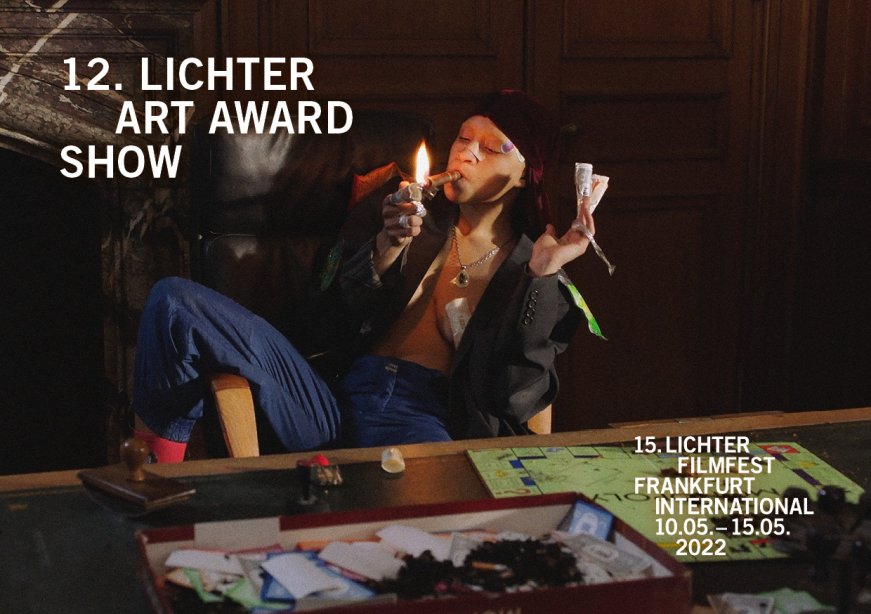 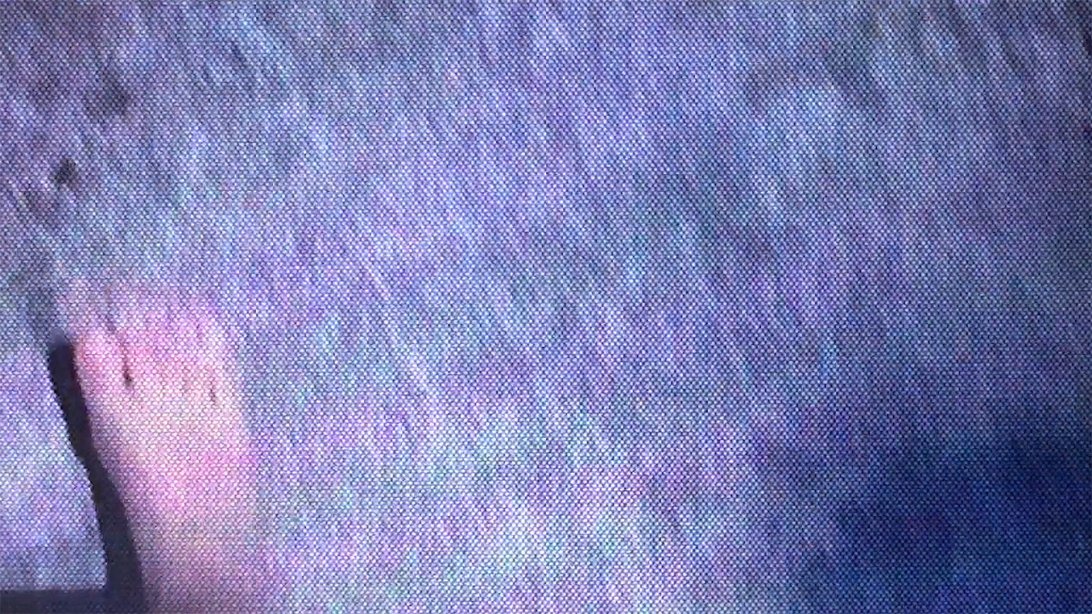 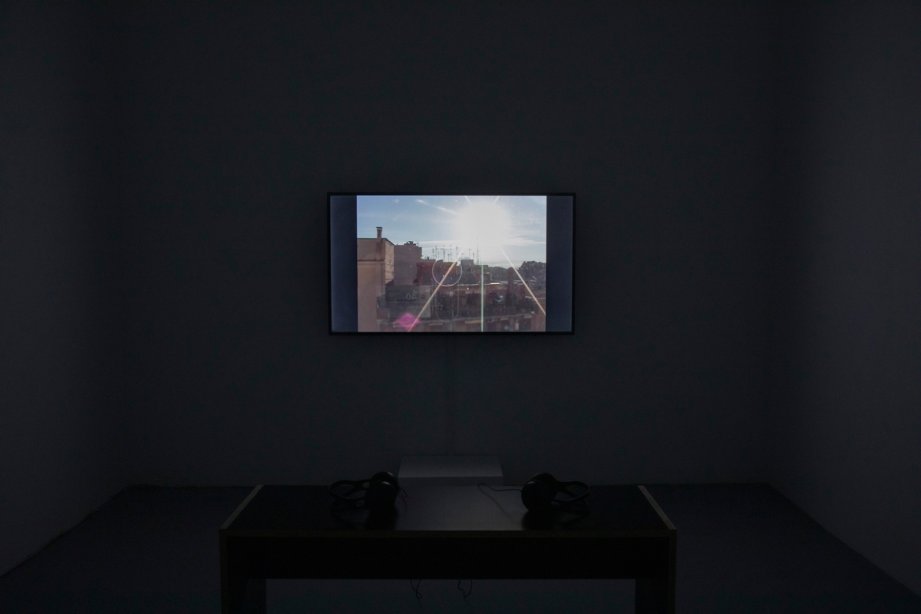 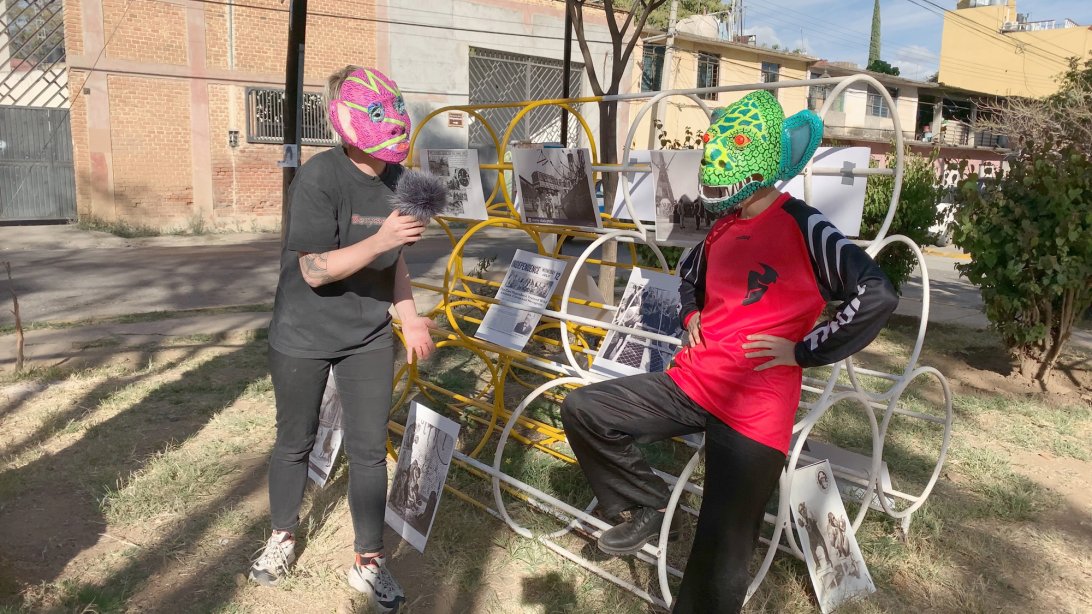 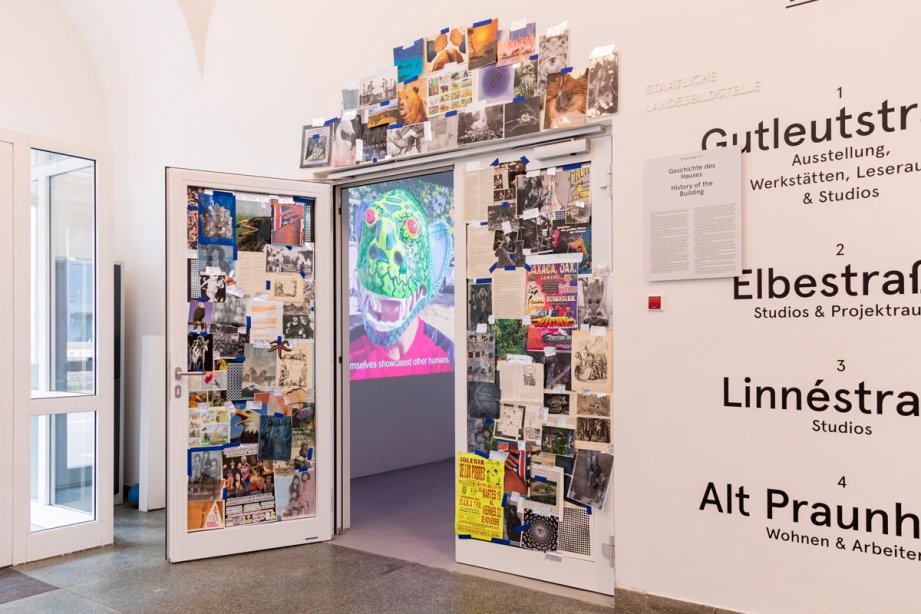 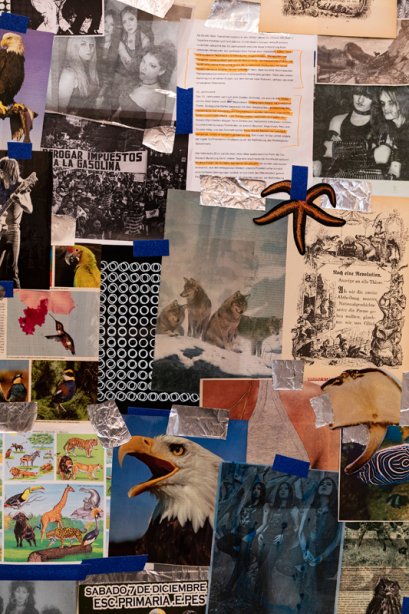 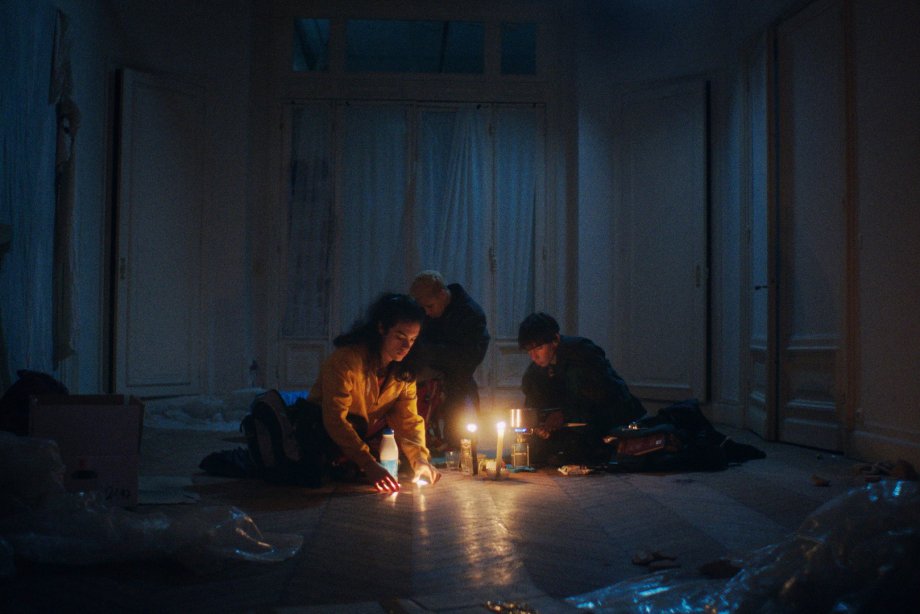 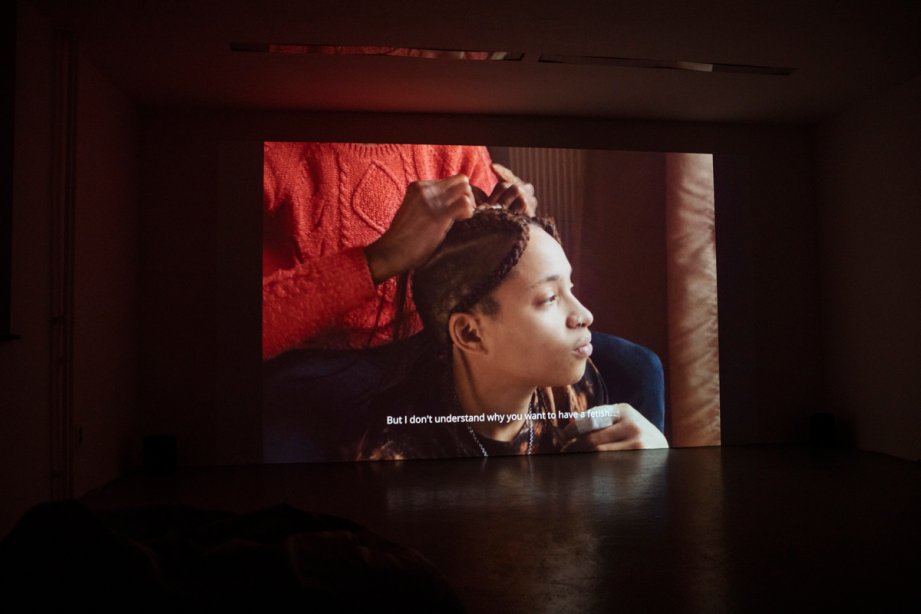 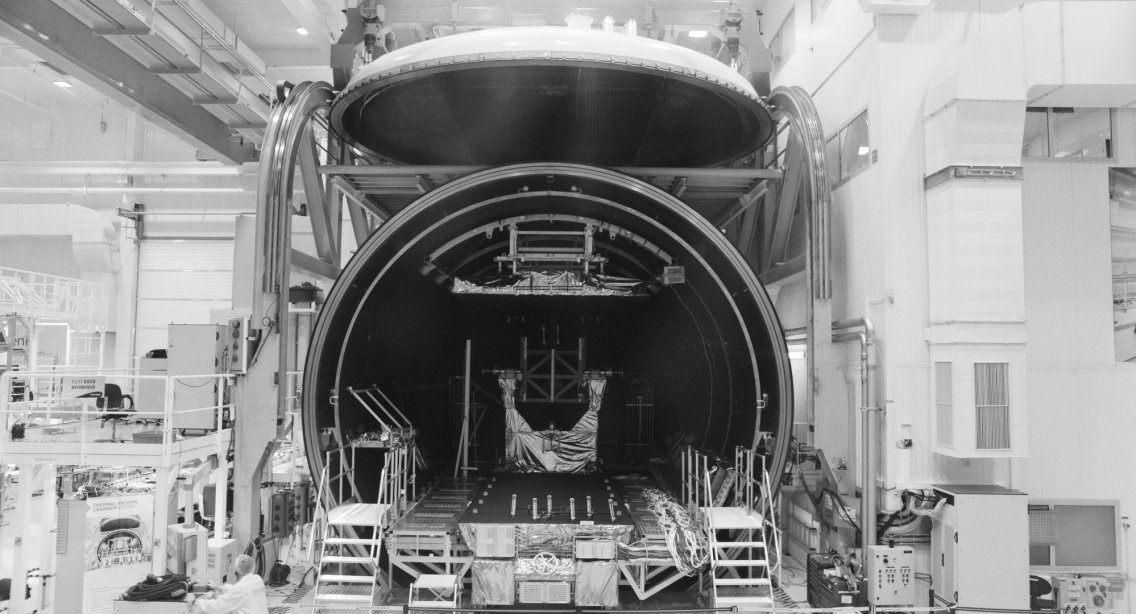 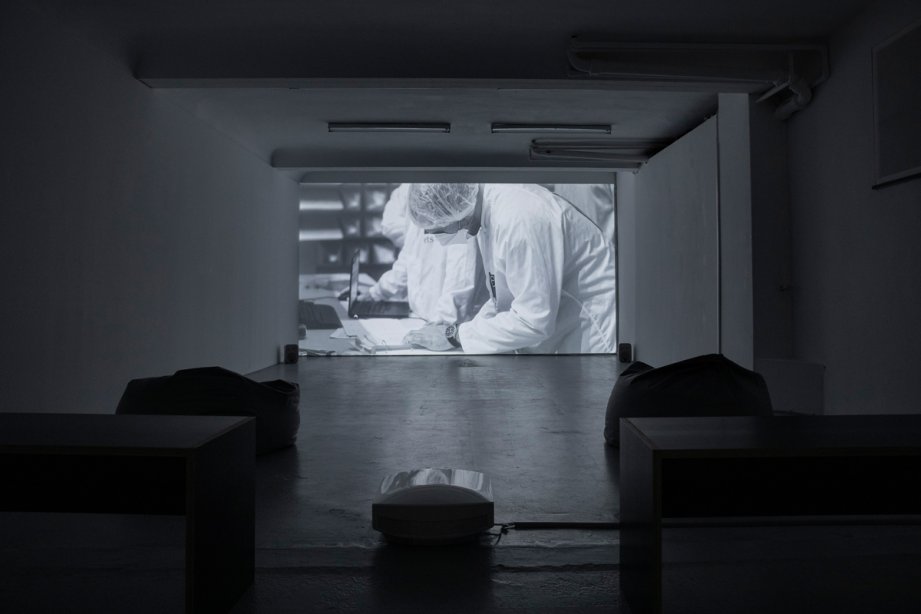 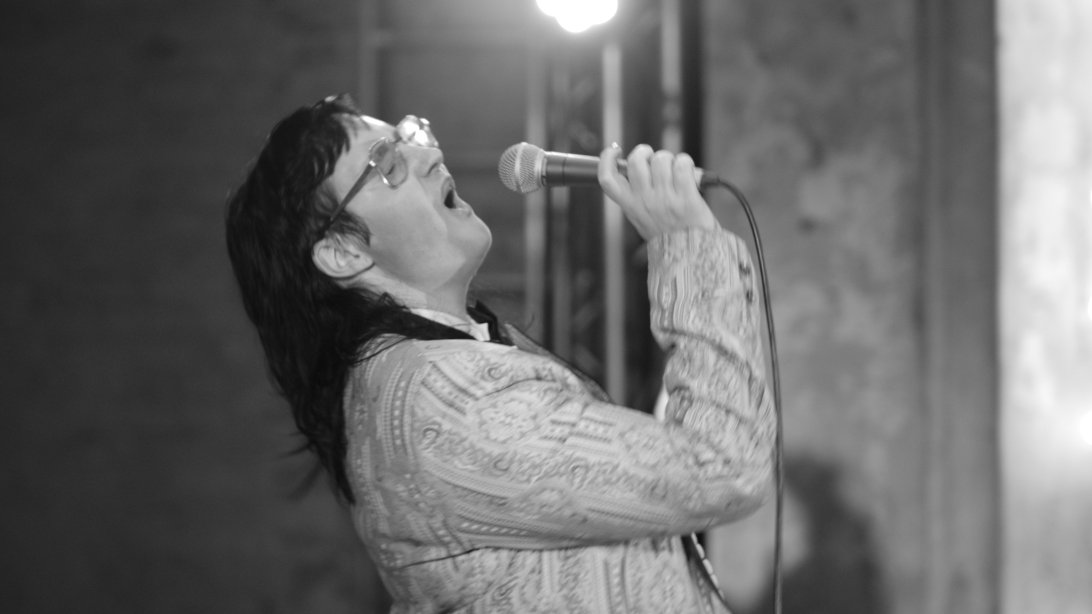 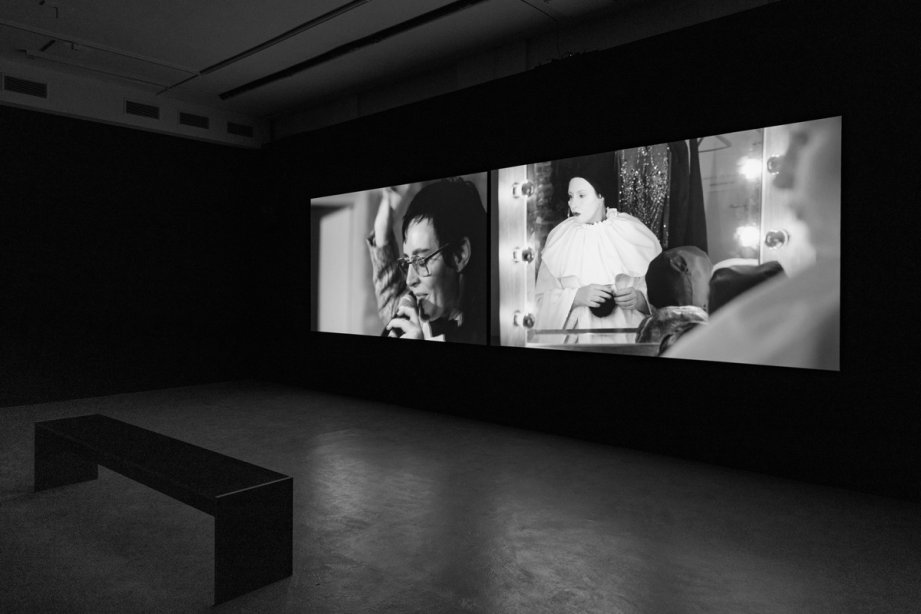 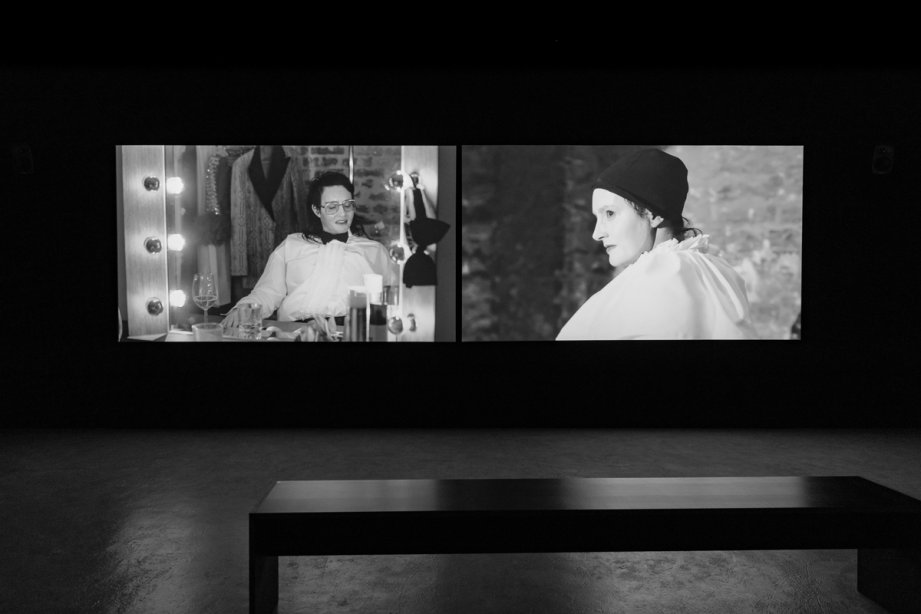 The LICHTER Art Award is an international prize for contemporary video art. It has been awarded since 2011 as part of the Frankfurt International LICHTER Film Festival, which celebrates its 15th anniversary this year.

In addition to 35 selected entries from the last eleven editions, individual works by the following jurors will be shown at the LAA RETRO-KINO: Out by Judith Hopf, Face To the Dawn by Mathilde ter Heijne, Bolek by Tamara Grcic and Millis Erwachen by Natasha A. Kelly.

The film The world is blue at its edges film is about an uncertain life’s future and in many ways everything that speaks against life. Current and historic world affairs are portrayed in a dystopian fashion. Using found footage via youtube and other TV and web channels it deals with the covid, lockdown life, past and present police states, iron curtain, migration and all the emotions that all these realities provokes. And all this from the perspective of an insecure, almost frightened mother-to-be. The question ‘will there be hope for the newborn?’ lingers. ‘The world is blue at its edge’ had its world premier at  “This human world – international human rights film festival” in Vienna.

Christine Moderbacher is an anthropologist and filmmaker. She currently is working on her postdoctoral research at the Max-Planck-Institut for social and cultural anthropology in Halle. For her documentary films „A Letter to Mohamed“ and „Red Earth White Snow“ and others, she won a number of national and international prizes.

Iris Blauensteiner is a filmmaker and author. Her films, in which she since 2004, mostly worked as script writer and director, the last ones the_other_images, Rest and Sweat, which were screened at international festivals. In 2016 her first novel Kopfzecke was published and her newest novel Atemhaut was just published by Kremayr & Scheriau. She has received numerous Awards.

On the outskirts of Paris, Inti, Jai and Pauline are looking for an empty place. A rift through which the "Trouble Generation" they embody could slip, between the laws of the old world and the uncertainty of the one to come. A portrait of our time that oscillates between documentary film, art performance and surrealism. While occupying a former bank and waiting for the expiry of the period from which they can legally assert their domicile, the three squatters furnish the place with their memories and performative games. From intimate documentaries to dreamlike fiction, their spiritual and identity journeys unfold as they search for their place in a fragile present burdened with legacies from the colonial past. Soum had its World Premiere at 72. Berlinale.

Alice Brygo, born in Montpellier, France, in 1996, graduated from L’École Nationale Supérieure des Arts Décoratifs in 2019 and is at the moment in an artist residency at Le Fresnoy. Her artistic practice moves on the border between documentary method, fantastic cinema and art installations. They explored the notion of uncertainty in times of fragility, challenging notions of survival and community building through encounters between social groups and symbolic detours.

The video work Unleash the Beast (a series in 3 chapters) mixes elements of television documentation and fictional film. The combination of both formats breaks down patriarchal narrative forms and questions how history is made. The first chapter of the series tells the story of a female aquatic monkey whose path through life imagines an evolutionary story shaped by feminism. Unleash the Beast, Chapter 2. Hagenbeck's Zoo deals with questions of identity and transformation, as well as continuities of colonialism. The setting of the series is Mexico. In Chapter 2, the fictional protagonist, a water monkey, founds a political movement. The prose text "Report for an Academy" (1917) by Franz Kafka and historical facts on the wild animal trade are mixed with improvised dialogues along with a critical view upon the Business family Hagenbeck company history.

Giulietta Ockenfuß is an artist and filmmaker. She completed her studies at the Kunsthochschule Düsseldorf in 2017. Since 2013 she has been part of the artists rap-group the Römischen Votzen Votzen. Her work has been included among others in the following exhibition: Losing my Virginity, Robert Grunenberg Gallery, Berlin; Bad News, Wiesbaden Biennale (2018) Power Strip, Synnika Space, Frankfurt (2019) Good to Talk, Berghain kantine, Berlin. Volume 1 - the Garden, OADE, Creating a 'we', basis, Frankfurt am Main (2020).

The empty sphere is an experimental documentary portraying a space object and its fall into the darkness of a space cemetery. A woman scientist reveals her attachment to this object and the absence of images documenting this mysterious place. As a reverse sci-fi journey, this essay mixes reality and fiction to guide us, like a stalker, to the outskirts of an invisible place.

Stéphanie Roland is a visual artist and filmmaker. Working between documentary and the imaginary, Roland makes films and installations exploring invisible structures, hyperobjects and deep time; from the ecological and political to the geologic and cosmic. After graduating from La Cambre and following Hito Steyerl’s class in UDK Berlin, she completed post-graduates studies at Le Fresnoy - Studio National. Her work is regularly shown at international level, her projects have been included in exhibitions from major institutions among these Louvre Museum, Benaki Museum, Botanique, Kampala International Art Biennale, Bozar and Wiels präsenteiert. Breda Photo, Belfast Photo festival, Encontros da Imagem, BIP Liège, MOPLA Los Angeles and Unseen are amongst the festivals dedicated to photography in which she took part. In 2017, she was selected in the group exhibition of the Antarctica Pavilion for the 57th Venice Biennale. Her films have been screened in international festivals such as FID Marseille, Visions du Réel, ZINEBI, FEST New Directors / New Films and Rencontres Internationales Paris / Berlin, among others. Her second short film, Podesta Island, won the Alice Guy Prize, at the 32sd FID Marseille.

Melanie Jame Wolf’s Acts of Improbable Genius explores the libidinal economy of comedy: who the complex machinery of desire permits to be funny, and who it does not. Shot in black and white, this two channel video is inhabited by two anachronistic archetypal comedian personas: Stand Up Ron and Pierrot the Clown. Both are played by the artist themselves in a form which draws on Renate Lorenz's notion of transtemporal drag. These two ghosts of humor-past perform the same stand up routine on an eternal loop. This glitching use of repetition produces a hauntological survey of what it is to be an entertainer whilst seeking to displace the myth of the Universal Everyman. The film celebrates the death of a certain kind of comedian: the mythologies he represents and the violence he redistributes. Whilst simultaneously paying deep respects to the complex labor of professional performers - usually rendered invisible as a part of the act.

Melanie Jame Wolf is an interdisciplinary artist. They make works about power and flows of immaterial capital. They examine these economies and entanglements through projects for theater, gallery, and screen spaces. Coming from a background in contemporary performance, Melanie Jame works mainly with text, sound, moving image, choreography and textiles. Their work is concerned with the poetics and problematics of ghosts, class, pop, sensuality, gender, narratology, and the body as a political riddle. Wolf pursues an ongoing interest in analyzing the idea of performance-as-labor in artistic, popular entertainment, and everyday contexts. Their work often focuses on specific performance techniques. Leaning into a hyper-stylised pop aesthetic, they are invested in humor as a strategy for critical possibility, and in working with language in subliminal and surprising ways. Their work has been presented at: HAU - Hebbel am Ufer; Kiasma Museum of Contemporary Art; nGbK; The National 2019: New Australian Art biennial at Carriageworks; Festival of Live Art, Melbourne; VAEFF Film Festival, NYC; Arts Santa Monica, Barcelona; Schwules Museum, Berlin; Sophiensaele, Berlin; Münchner Kammerspiele; Arts House, Melbourne and Institute of Modern Art, Brisbane.

Christin Müller is an art historian and curator. She studied Art History and German Literature at Johann Wolfgang Goethe University in Frankfurt am Main. She has been a curator at basis e.V. since 2011 and has realized numerous exhibition projects in Frankfurt as well as shows at the Goethe Institut Paris and the Kunstverein Harburger Bahnhof, Hamburg, and initiated various projects in other exhibition spaces as a freelance curator. She also takes part in several initiatives that deal with the creative usage of spaces and the social potential of art. In her latest exhibition project State of High Performance (2021) at basis e.V., she presented works from artists like the collective Claire Fontaine, Pilvi Takala and Martin Kohout, among others.

Saul Judd is an independent curator based in Frankfurt, Germany. Since 2010 he has been responsible for the video art section of the LICHTER Filmfest Frankfurt International. He conceived exhibitions with artists such as Keren Cytter and Mike Bouchet in the context of the festival until he created the LICHTER Art Award in 2011. He started to curate the LICHTER Short Films International program in 2015. Other projects include BLANK SLATE, a publication on art, architecture and design, and since January 2016 SCHAUT! - an exhibition series at MAL SEH'N Kino in Frankfurt. As guest curator of the film series Double Feature at the Schirn Kunsthalle, he presented the artist John Skoog in 2017.