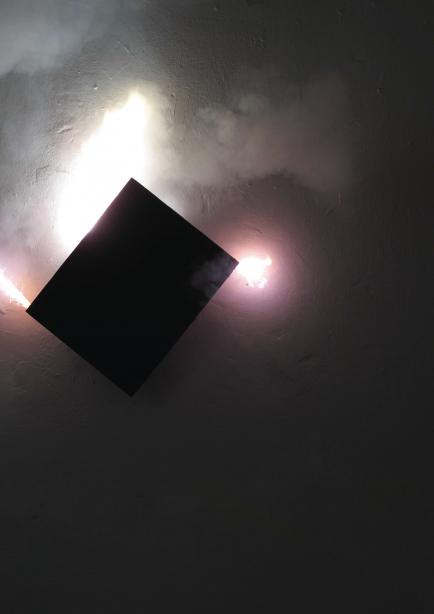 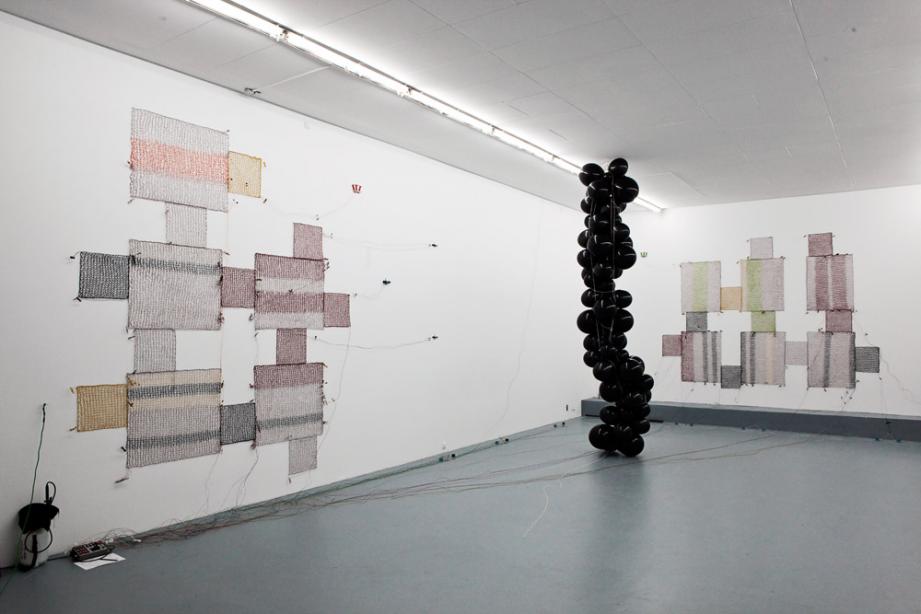 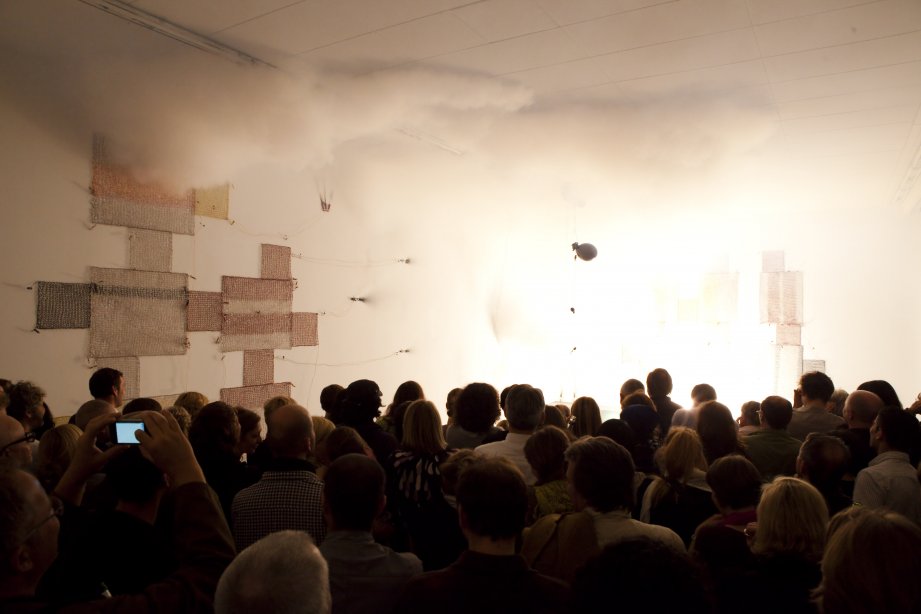 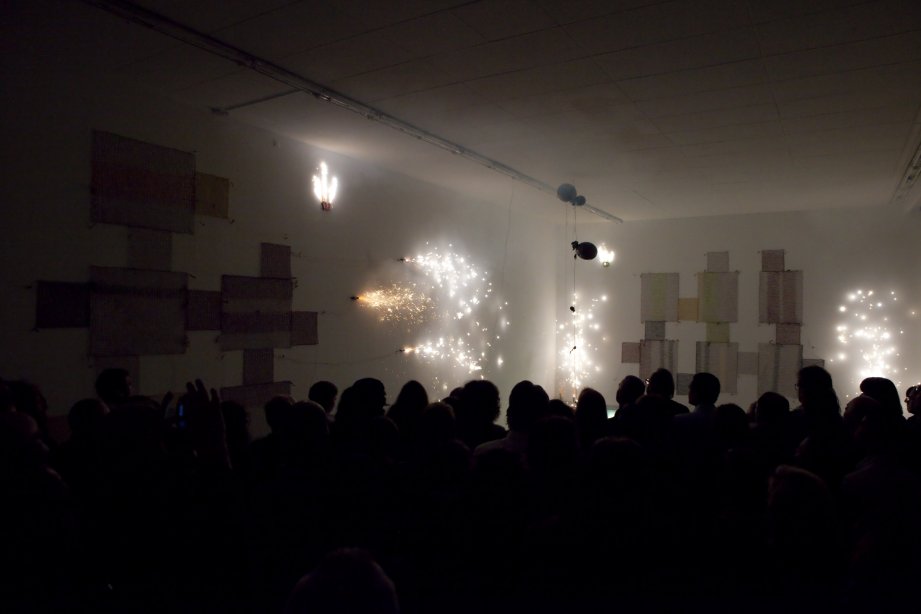 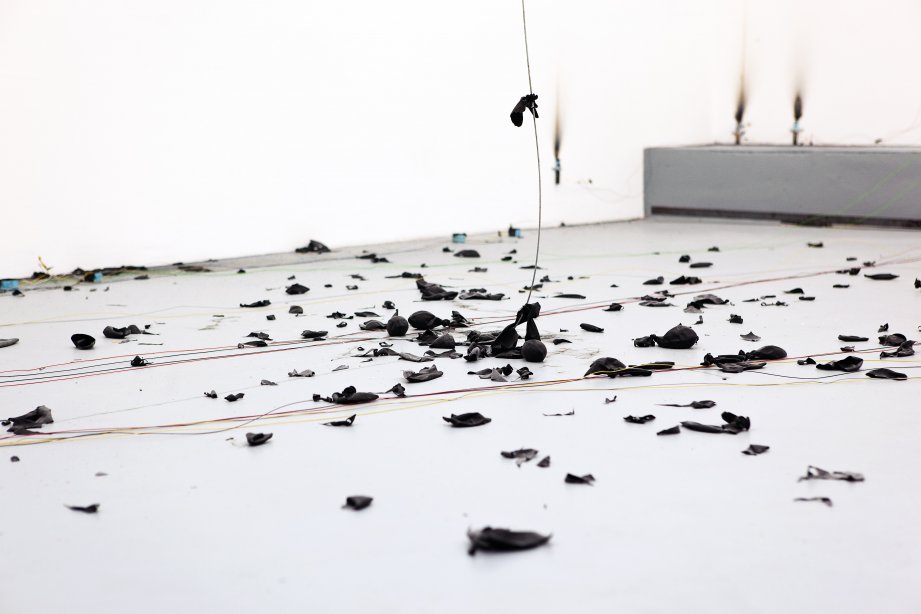 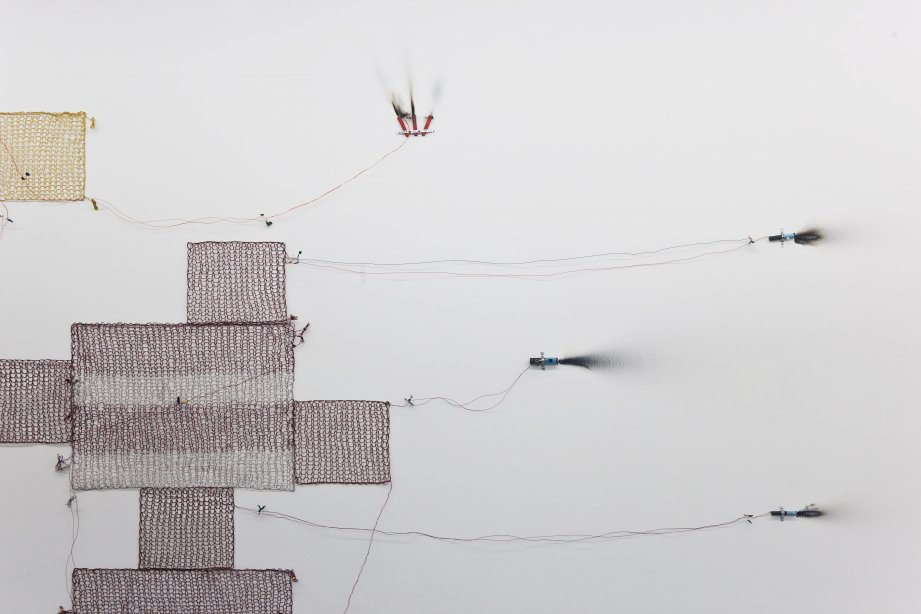 We are delighted to present the first major solo exhibition of Sandra Kranich’s work from September 24 to October 31, 2010. The body of work on show will feature five individual pieces that Kranich developed specifically for this exhibition.

Sandra Kranich’s involvement with fireworks as an artistic means of expression has its roots in drawing. Starting from here, she gives her interest in geometrical and deforming structures an independent form by translating them into staged fireworks. Kranich’s installations, which often make reference to a particular locality, are based on formal principles of design and bear within them an element of time. Thus they allude in various ways to the formal vocabulary of 20th century avant-garde movements, including Constructivism, Bauhaus, and Futurism.
Being temporary settings, Kranich’s pyrotechnical work has a decidedly performative character manifest primarily in the consolidation of construction and deconstruction, and vice versa. She uses sculptural formations as substructures for her fireworks, which, even though their original state is destroyed in the burning process, are nonetheless transformed into a new form, and thus outlast the exhibition as objects in their own right. The act of destruction in Kranich’s works is not so much meant in the literal sense as it is in a temporal, processual sense. Here, the launch of the fireworks triggers a number of rapid changes such that the original situation seems no longer present. Once the firework have finished, the object remains as a physical memory. Moreover, Kranich uses filmic documentation as an important means to give her temporary pieces permanency.
Having concentrated more on sculptural aspects in recent years, Kranich is currently turning her focus back to working in the two-dimensional space. For her exhibition at “basis” she has had knitted two large-scale images made out of interweaving cables. Composed of different modules, these images function like switching systems used to ignite different kinds of pyrotechnical devices; the effect is similar to a musical score. Their explosion leaves a trace in form of a drawing on the wall. Right in the middle of the exhibition room, a pillar of balloons is piled up to a sound sculpture. The loud noise of the bursting balloons during the fireworks makes for piercing sound effects that further intensify the physical experience of the fireworks.
At the exhibition, Kranich will also present a three-part body of work as a tribute to the Brazilian artist Hèlio Oiticica, whose archive was almost fully destroyed in a fire in 2009. Showing three films in reverse order, Kranich symbolically reconstructs three of Oiticica’s paitings, which are based on geometrical structures, by returning the formal design elements to their original position during the performance of the fireworks, thus rendering the works’ destruction reversible.

Sandra Kranich, born in 1971 in Ludwigsburg, lives in Frankfurt/Main and works in a studio at basis. She studied at the Academy of Art and Design in Offenbach and Städelschule, Staatliche Hochschule für Bildende Künste. She qualified as a pyrotechnician in 2003. Kranich’s works have featured in numerous national and international exhibitions, including Kunsthalle Lingen and Pinakothek der Moderne in 2010; the Athens Biennial and Westfälische Kunstverein Münster in 2009; the T2 Turin Triennial in 2008/2009; Neues Museum Nuremburg in 2008, and the Fine Arts Fair, Messe Frankfurt, in 2006. In 2010, Kranich’s works will also be on show at Car Projects Bologna.