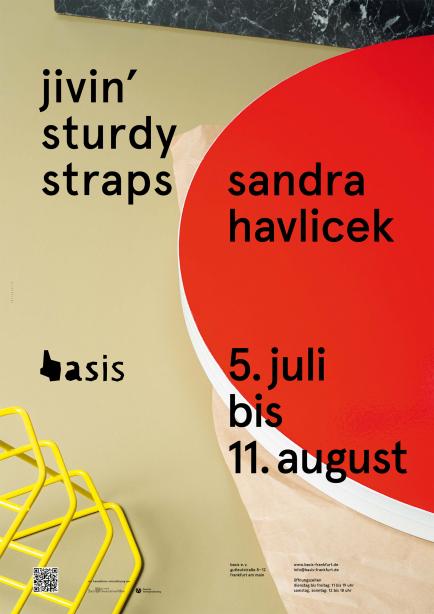 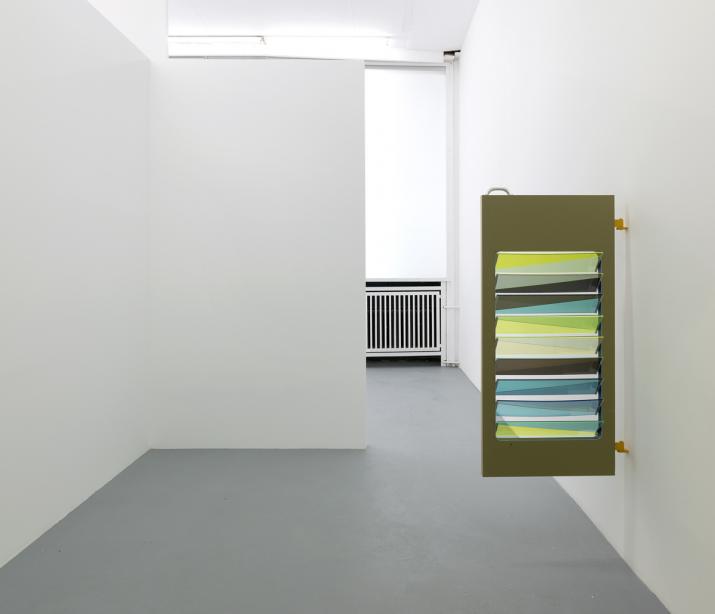 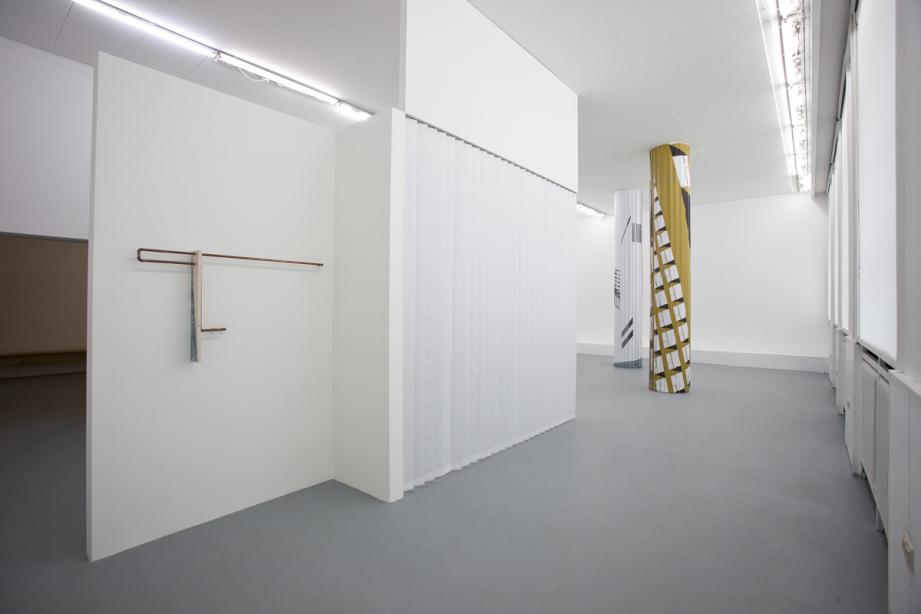 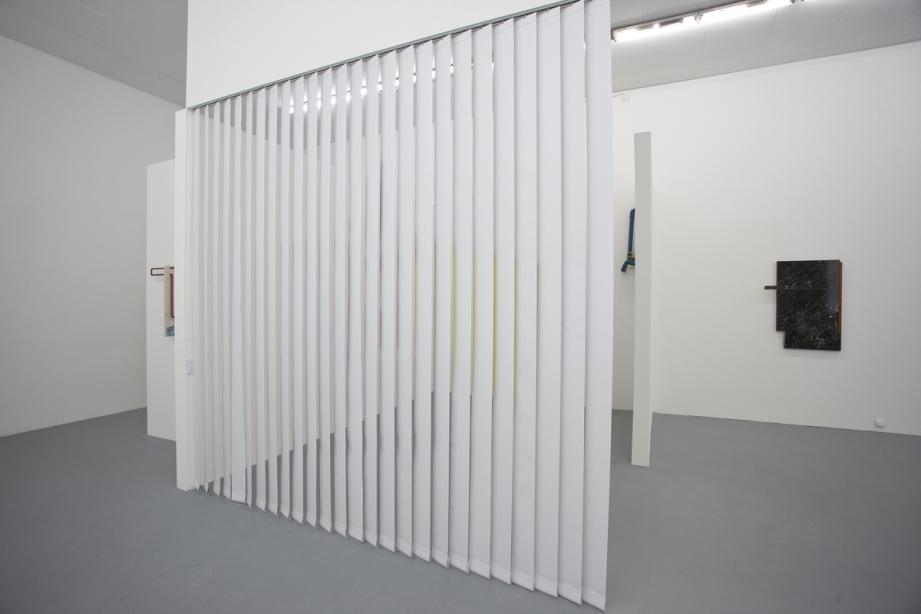 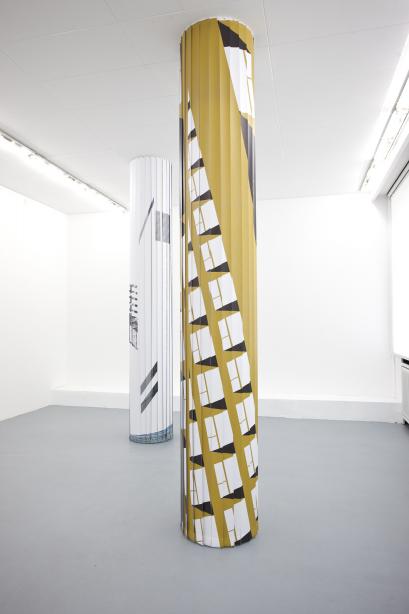 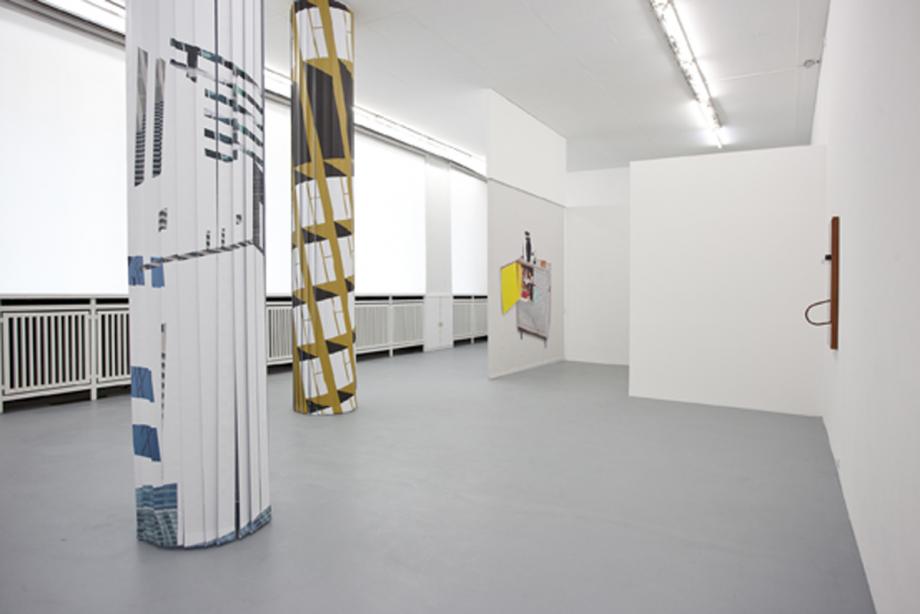 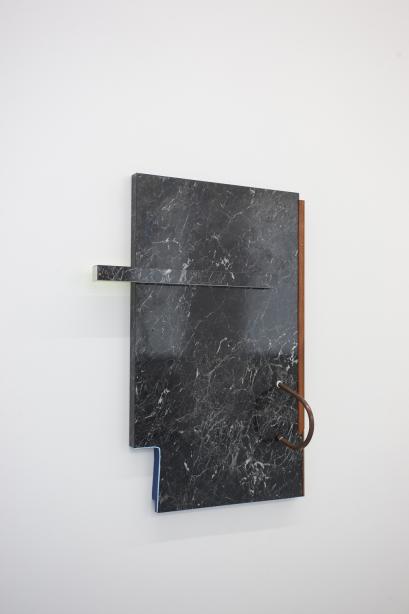 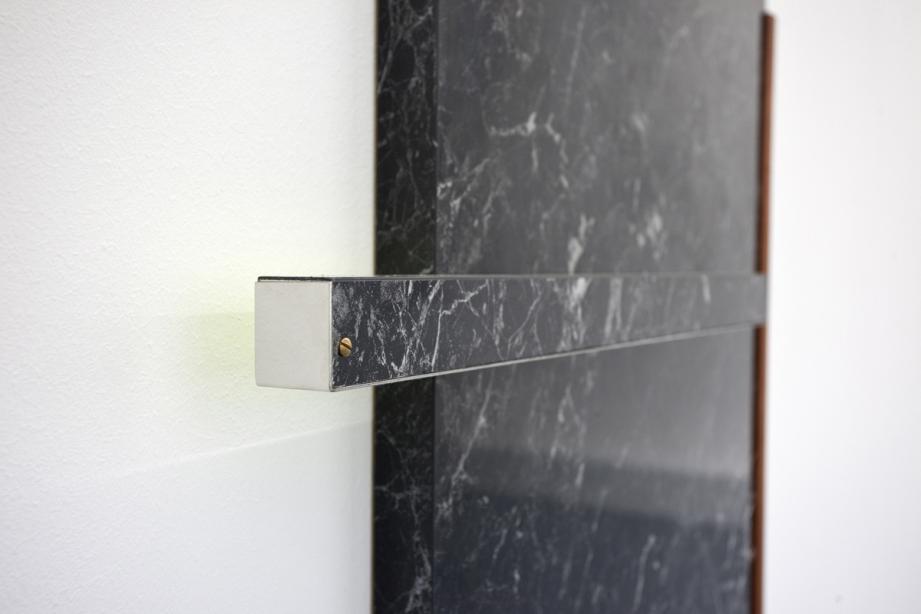 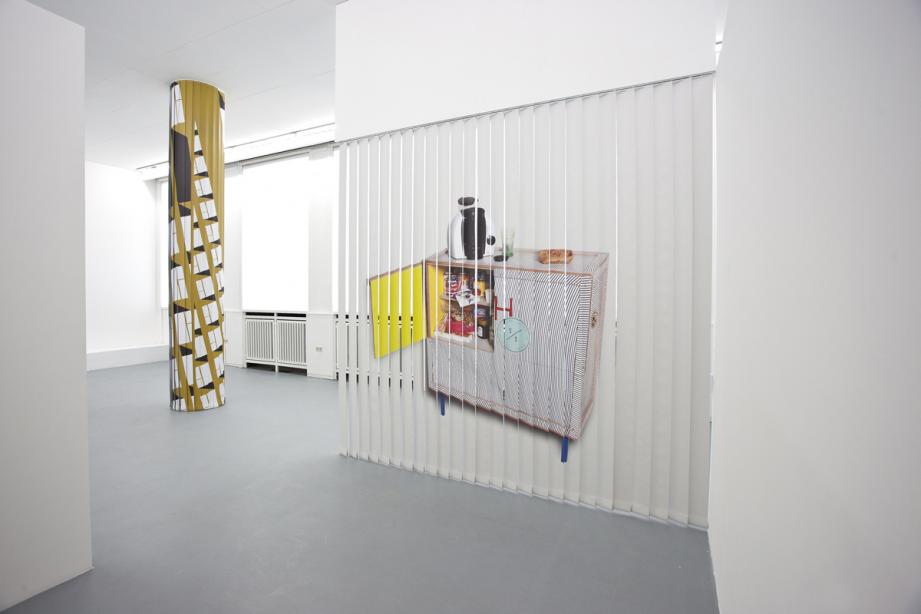 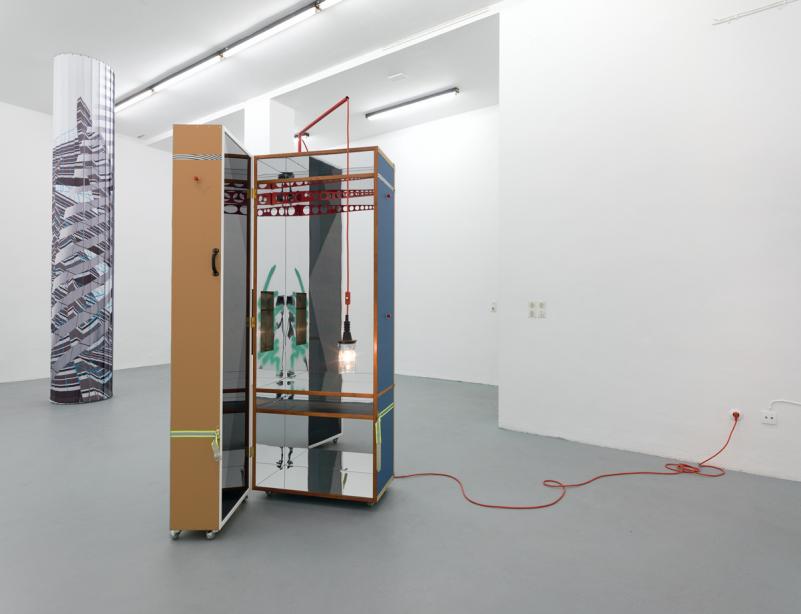 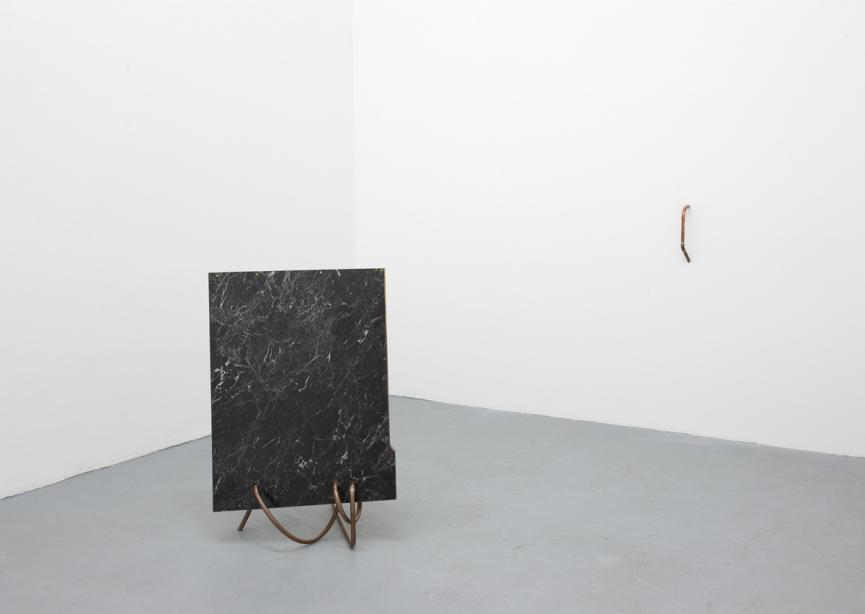 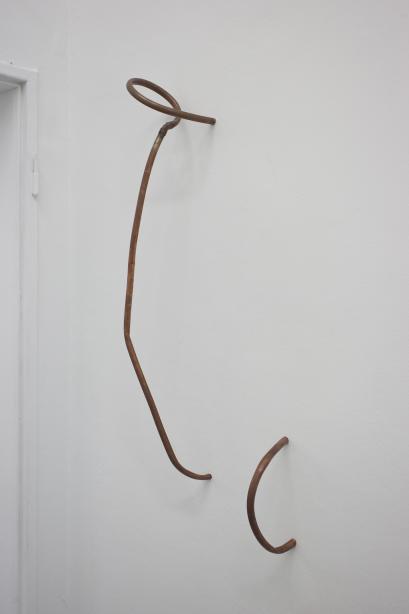 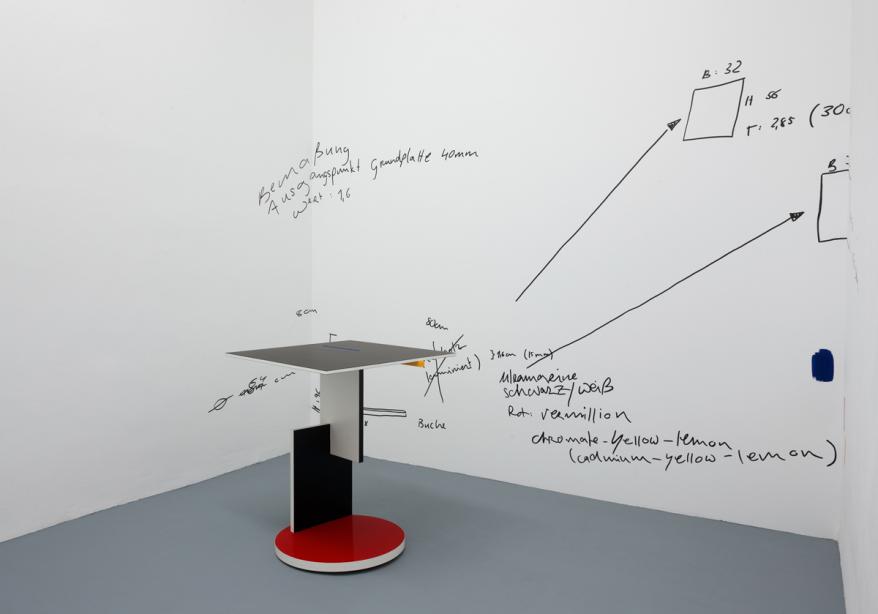 the exhibition will be extended till august 18!

We are pleased to present the show jivin’ sturdy straps of this year’s winner of the basis Studio Sponsorship Award Sandra Havlicek. In her sculptural works the artist engages with critical questions connected with the object status of art and everyday objects. The potential that static objects have for flexibility and movement, and for positioning in space with respect to the viewer, are the central issues of her artistic practice.

Sandra Havlicek tests the divide between utility value and art value in her work and creates a fragile field of tension by transforming her works—which not seldom call to mind supposed objects from everyday life—into autonomous artistic objects. Her sculptures question the surrounding space, interconnecting with each other and so mutating into quasi architectural elements. Every conceivable functional association is fractured by materiality.

The transformation of already existing objects and the extension of older works by the artist brings out the processual nature of Sandra Havlicek’s art.
The element of alienation repositions the resulting works, while their function in respect of space and the viewer are renegotiated and subjective perception challenged since the qualities and flexibility of the objects remove them from all customary logics of use.

Sandra Havlicek (b. 1984 Frankfurt am Main) studied under Tobias Rehberger at the Städelschule in Frankfurt (2008–2011) and prior to that with Heiner Blum at the Hochschule für Gestaltung in Offenbach (2004–2008). Award winner of the Studienstiftung des deutschen Volkes (2007–2010), winner of the EXTRACT Art Prize of the GLStrand art association, Copenhagen, and current award winner of the basis Studio Program (2012/2013), Sandra Havlicek’s works have been shown at numerous exhibitions including “eine/r aus siebzehn” Museum Wiesbaden (2012), “extract” Kunstverein GLStrand (2011), “encore” MMK Zollamt (2011), and “TOO FAT TOO FIT” NKV Nassauischer Kunstverein e.V. (2010). The artist lives and works in Frankfurt am Main.