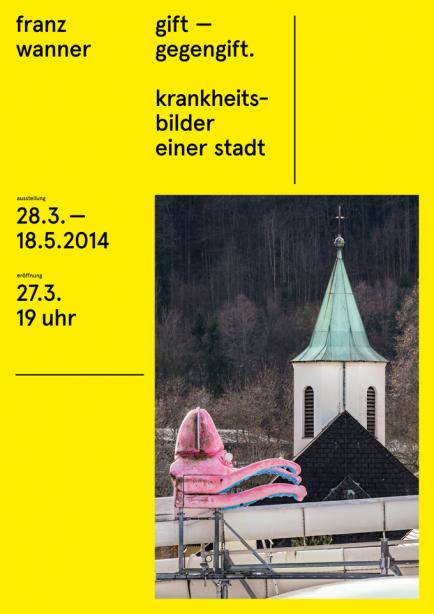 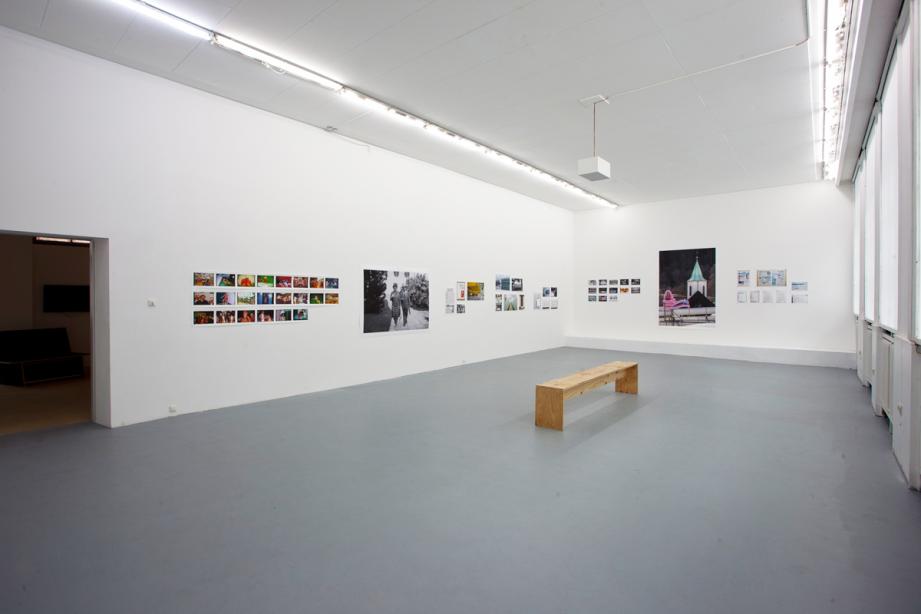 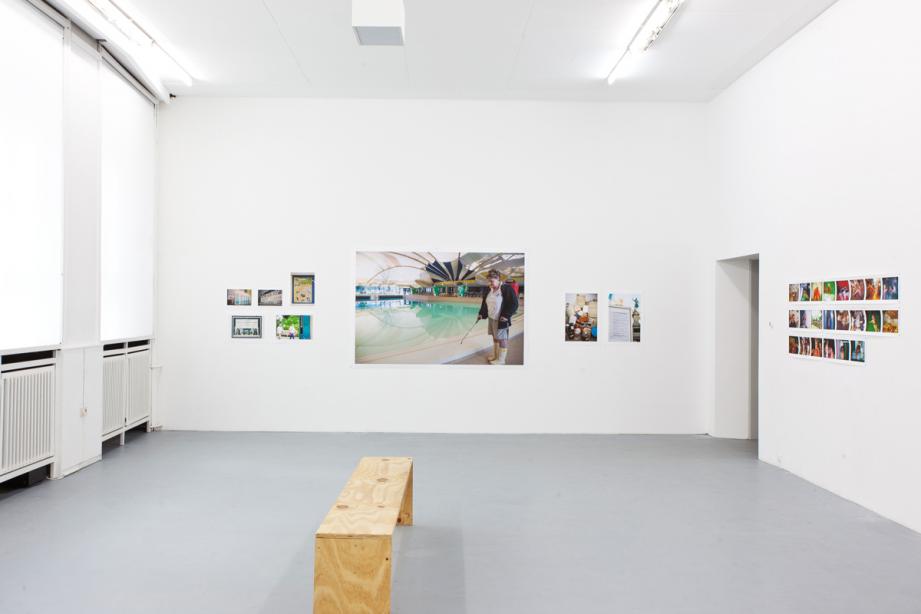 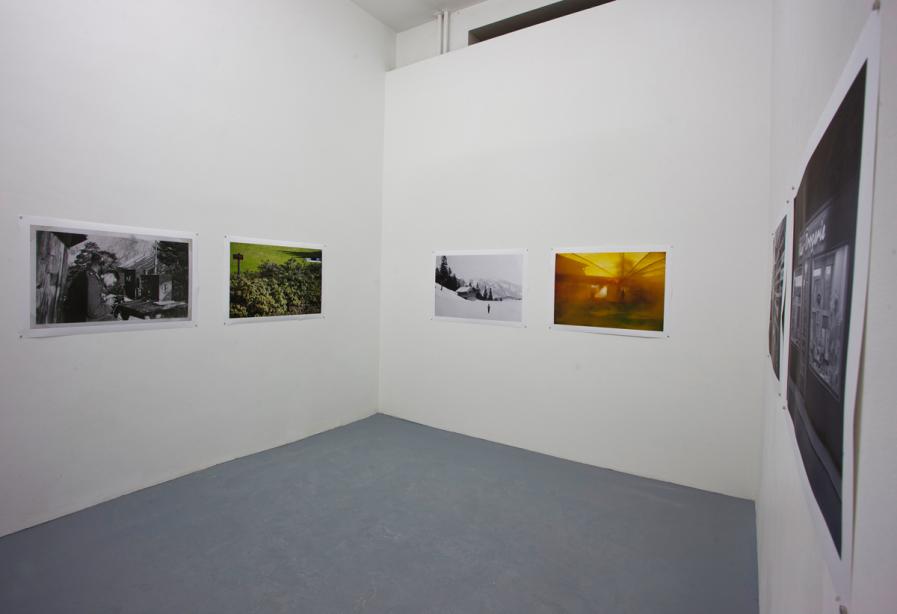 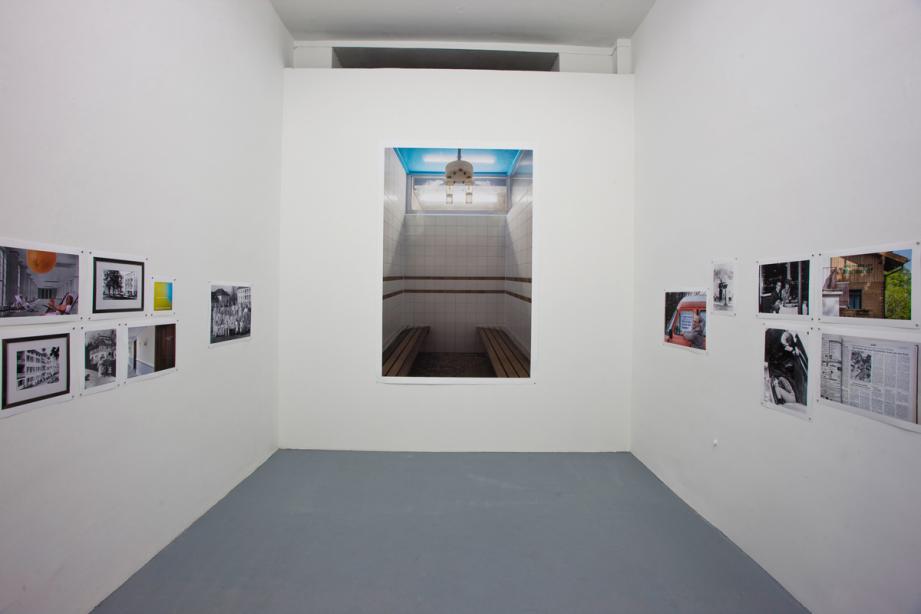 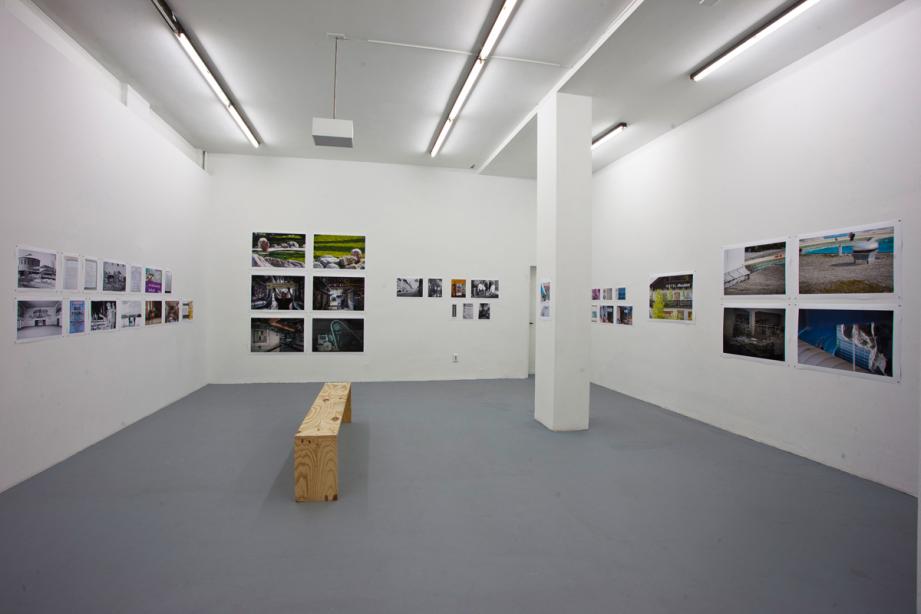 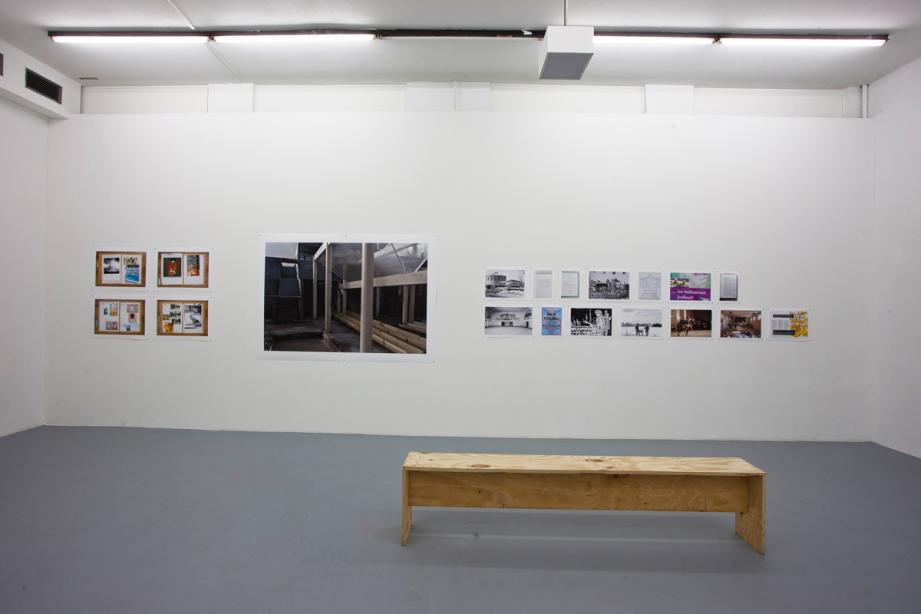 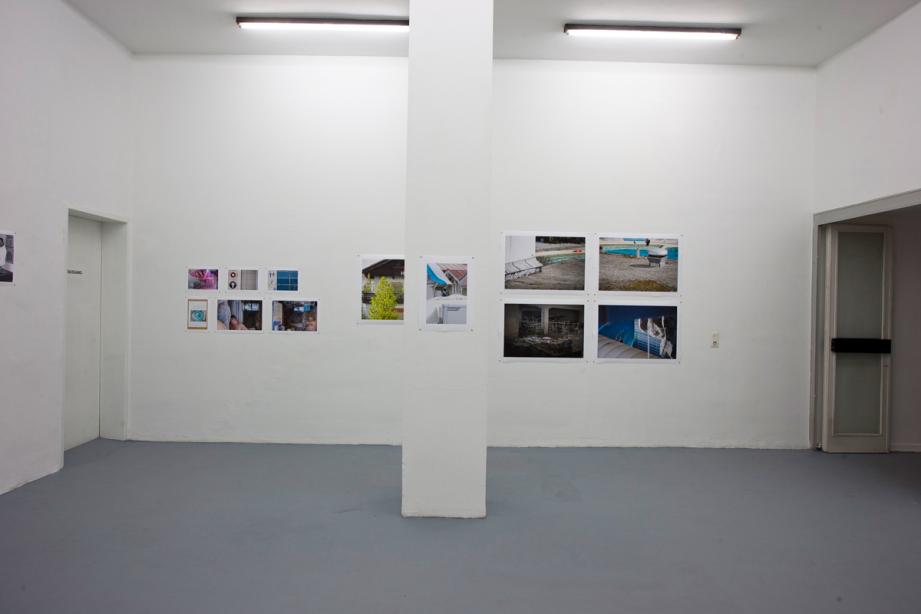 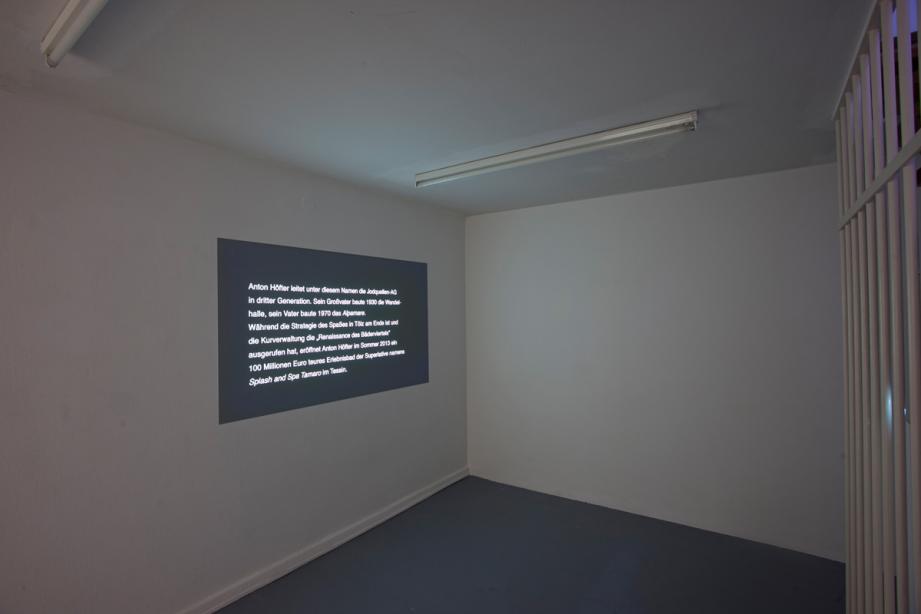 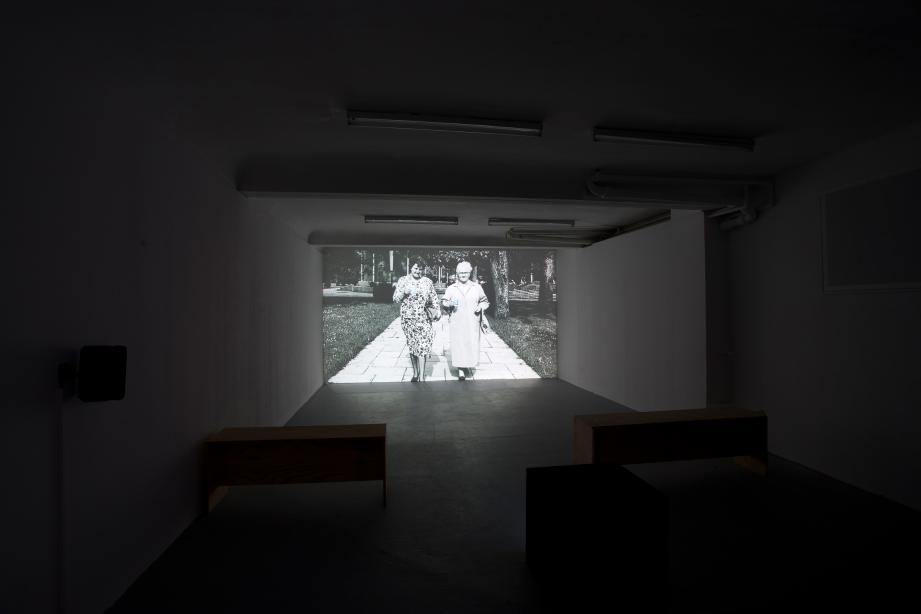 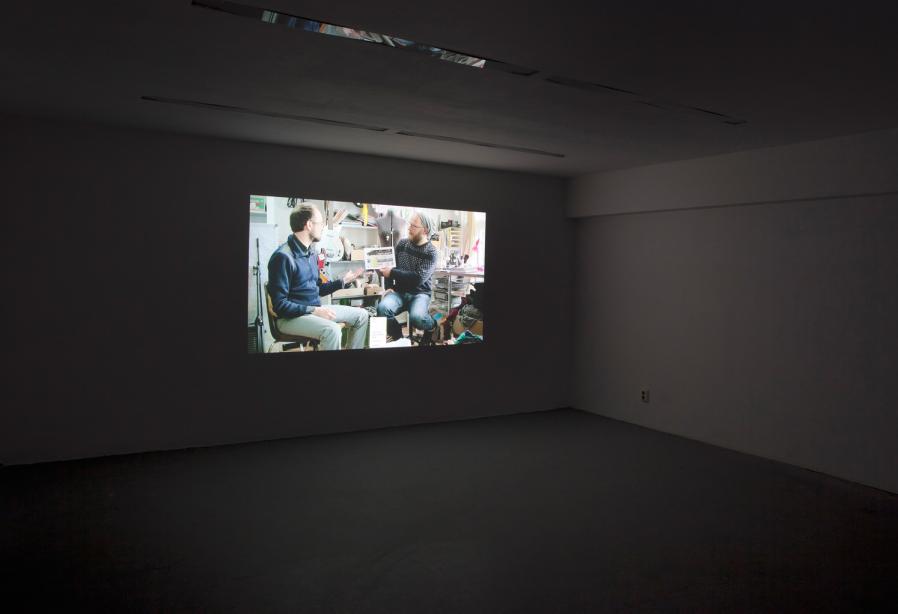 We are delighted to be presenting the exhibition Gift – Gegengift. Krankheitsbilder einer Stadt by Franz Wanner from March 28 to May 18, 2014.
In the exhibition Gift – Gegengift. Krankheitsbilder einer Stadt Franz Wanner has created a narrative framework of factual and fictional elements. His hometown of Bad Tölz is presented as a microcosm where German realities are dissected and portrayed as examples. His ludic montage of photographic, filmic, and text-based levels describes the town, renowned as a spa because of its high-iodine-content water, as a conflictual site of historical, social, and nonmaterial processes. Research-based and associatively interrelated episodes, augmented by a biographical perspective, elaborate a lucid analysis of Germany’s present. Wanner contrasts economic and ideological value-creation strategies characteristic of Bad Tölz at image and sound levels as toxin and antitoxin. Iodine, medicinal in small doses but toxic in larger quantities, serves as a metaphor for thinking about mindsets, approaches to the past, and the disciplinary productive forces of deep socioeconomic crises.

Bad Tölz’s social rise as a glamorous spa town and its decline, which investment in Germany’s first indoor/outdoor waterpark was intended to curtail, the town’s national-socialist past, as well as Wanner’s personal experiences constitute the main strands of the narrative. Historical events become related to present developments. Its security as a location and the weapons industry’s casual integration into the town’s conservative self-image are detected as further nonmaterial “toxins” that distort mentalities and shape realities.
Episodes concerning the impact on the town of American occupying troops, a German-German spy story, and the effect of a “near-concert” by Neil Young on the local music scene broaden this sociogram of Bad Tölz shot through with aptly comic elements that can be read as a mirror of formative economic and societal processes in Germany.

May 8, 2014 artist talk and film presentation