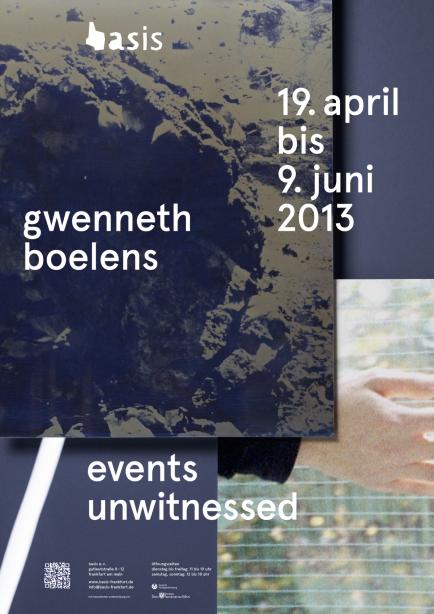 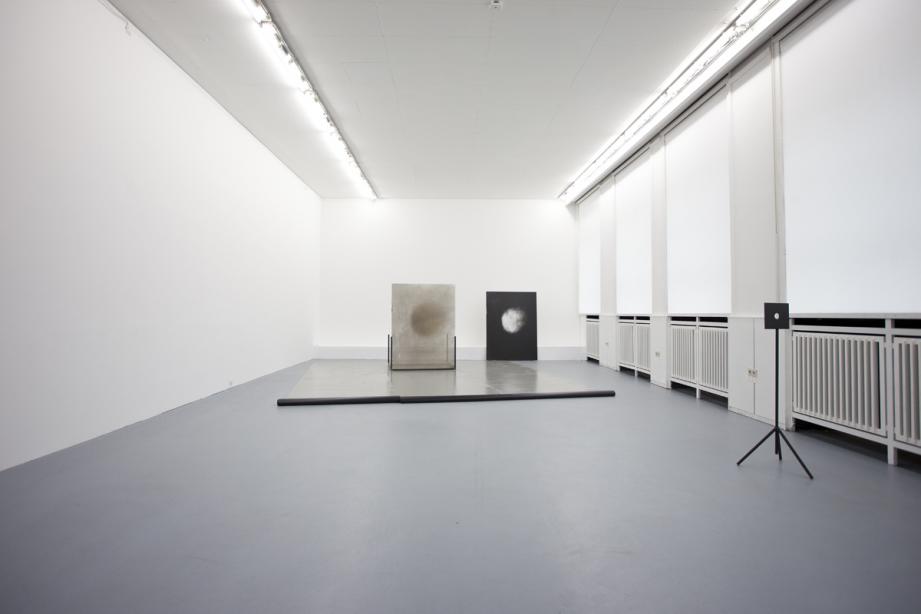 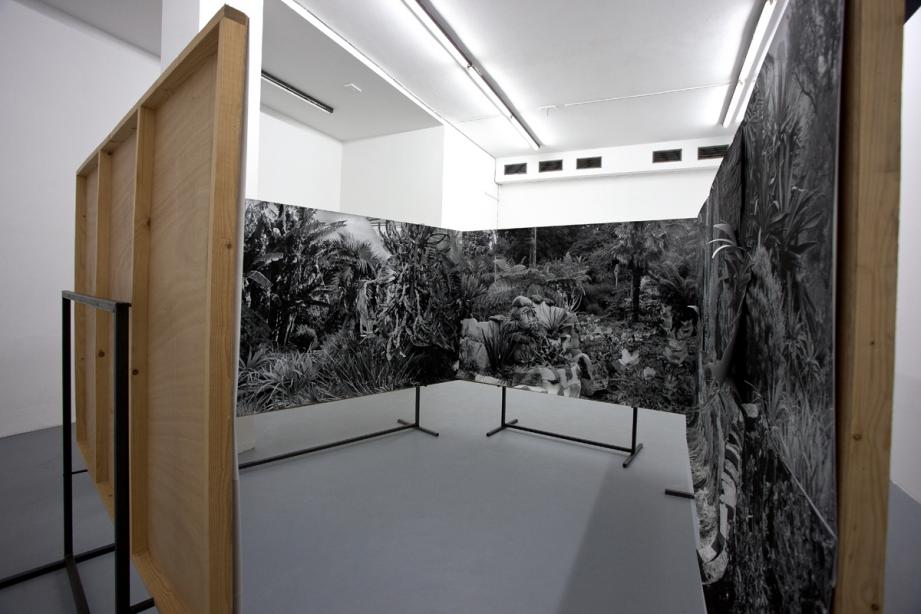 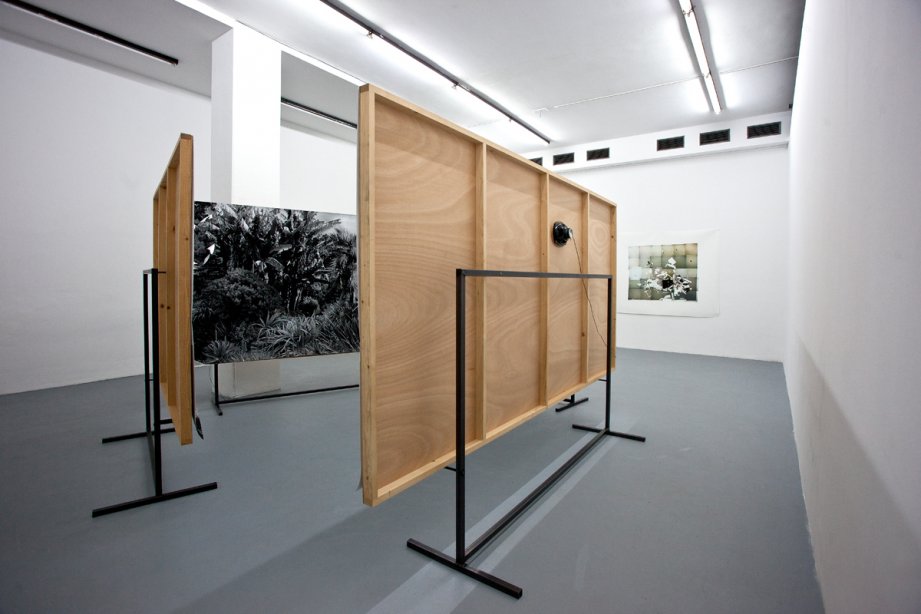 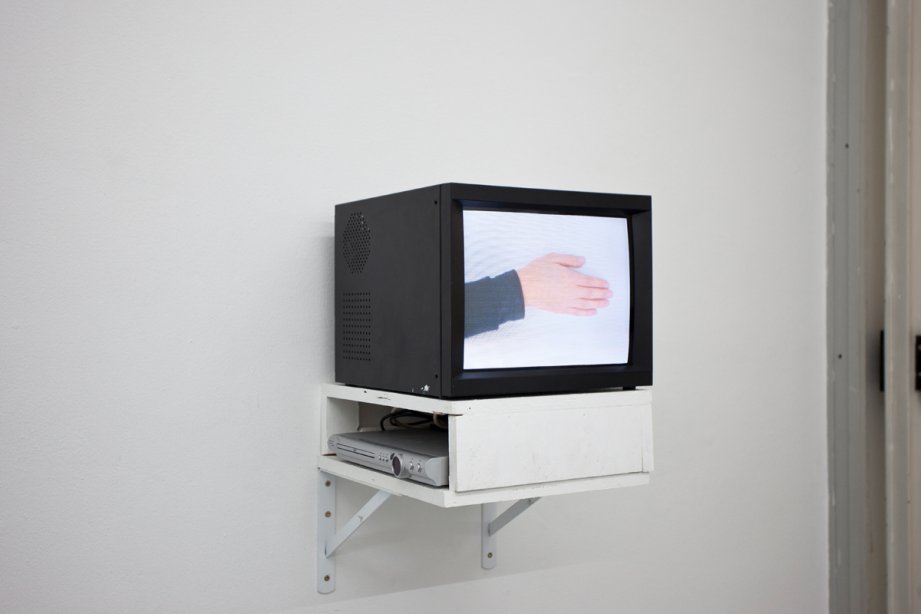 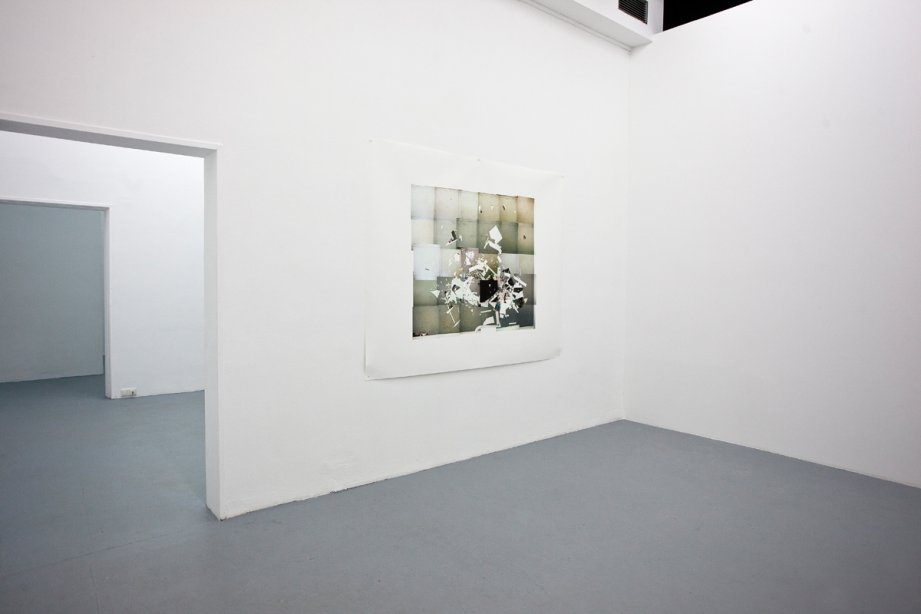 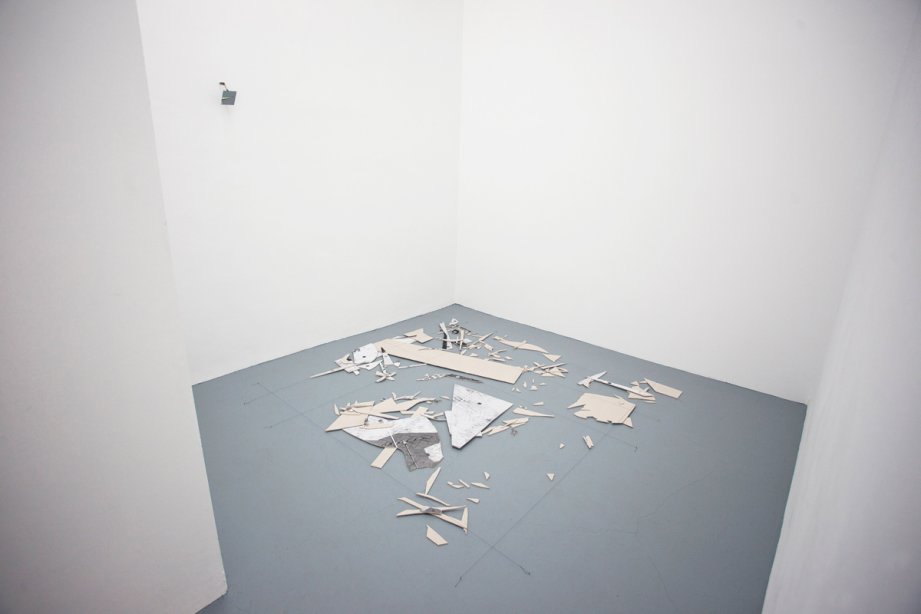 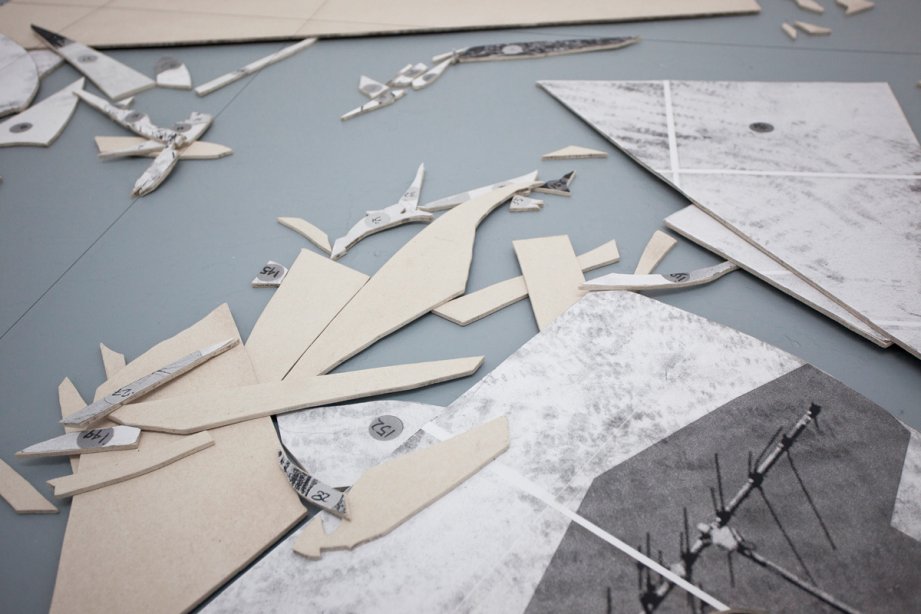 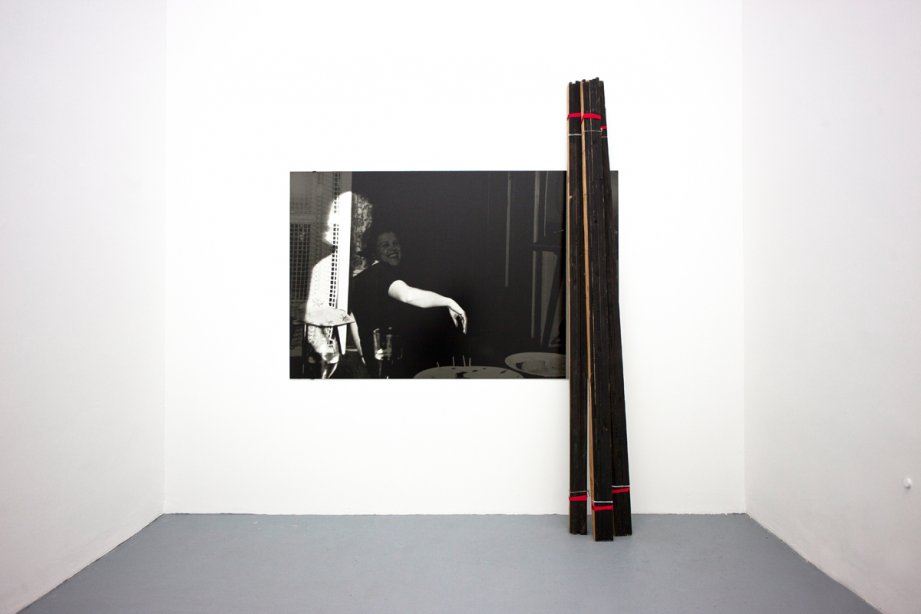 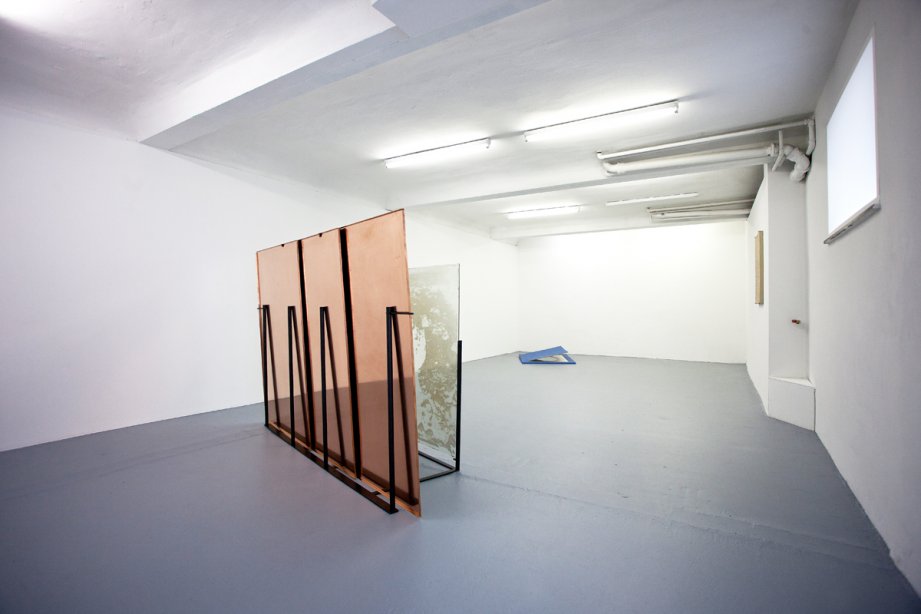 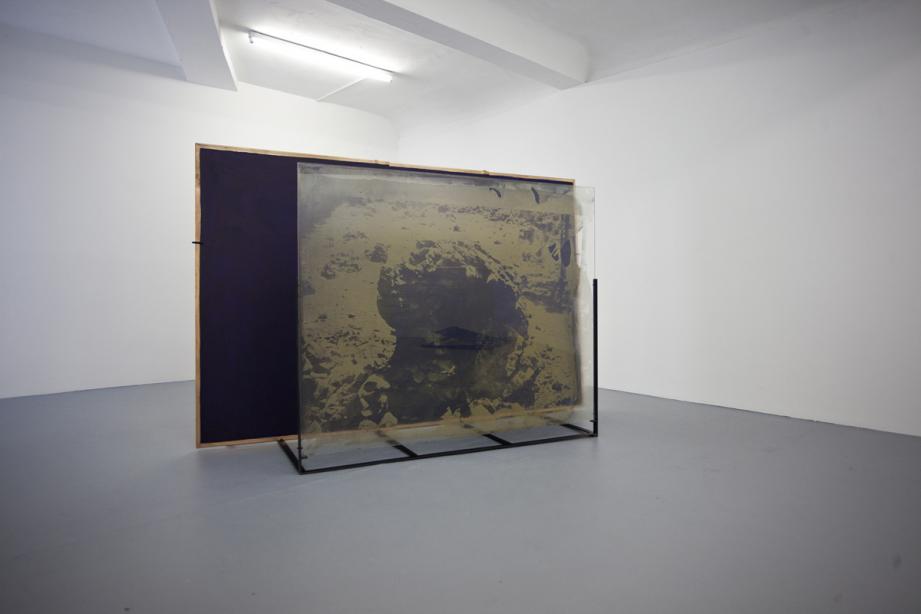 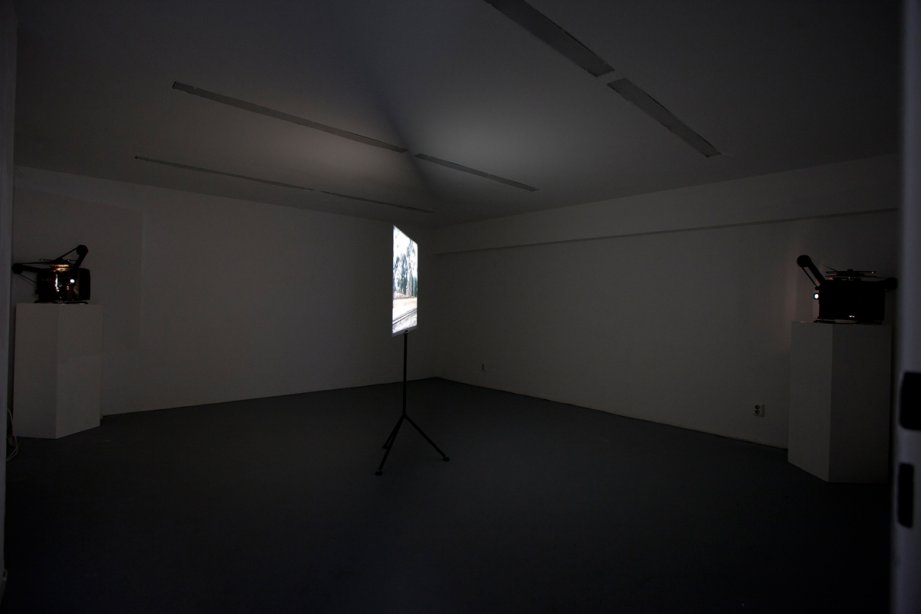 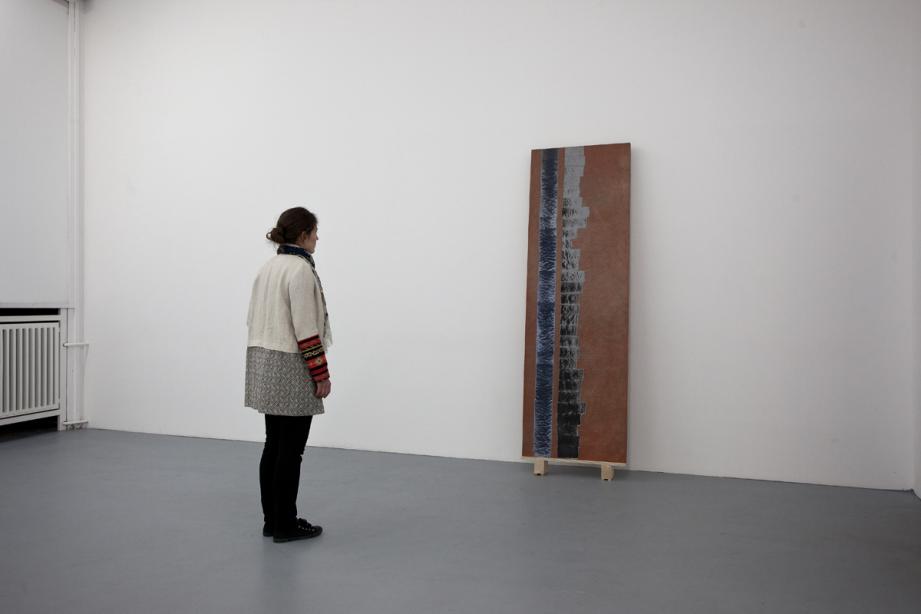 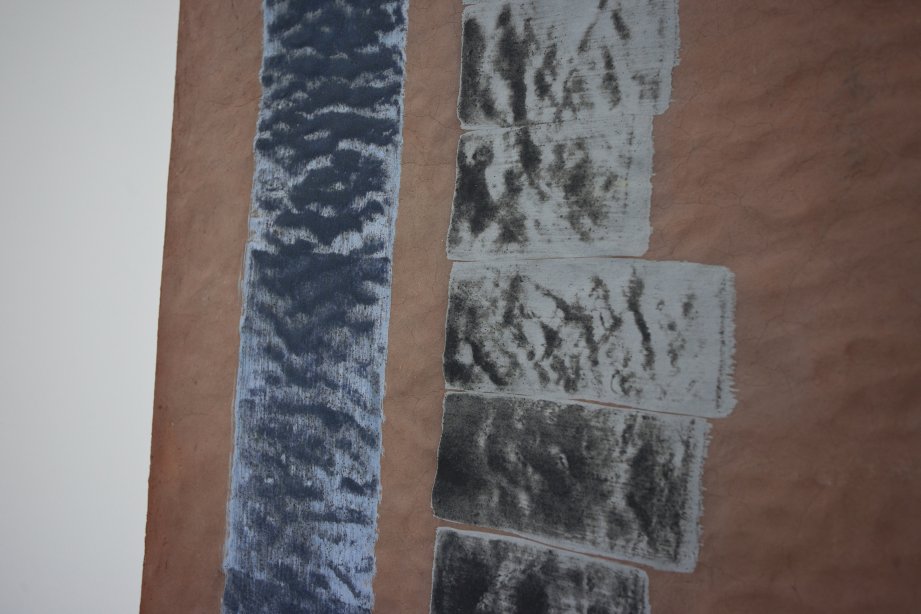 we are pleased to present the first major institutional solo show by dutch artist gwenneth boelens. it provides a comprehensive survey of her artistic endeavors since 2006, including newly produced work.

in her installations, photographic and filmic work, gwenneth boelens investigates the structure of perception. she transforms an intricate tangle of sensory impressions into conceptual works, laying bare the processes that consitute our gaze. through an emphatic, yet quiet observation, boelens takes in her surroundings and condenses them into a glimpses of a memory that hovers between presence and absence.

in her film hand-wall (2007), a hand moves along the walls and windows of an undefined room, feeling its way along the spatial boundaries. by relating the viewer’s visual experience to the haptic sensing of the wall, a notion of space is evoked, which is repeatedly adjusted and tested. walking and wandering is also the central subject of ramble (2006-2007) and there were moments (2009). an enveloping installation, ramble consists of overlapping photographs of subtropical plant species in a collage-like arrangement, referencing, amongst other things, the cultivation of what purports to be nature. there were moments pairs filmic footage of landscapes with a contemplative subtitle track.

the attempt to reconcile the exploration of our environment with their invariably fragmented recollection is sustained in other works. a whole fragment (2007) consists of an inkjet print and a jigsaw-like floor installation. when viewed together, it becomes clear that the abstract motif in the print mirrors the geometric pieces on the floor. what we are looking at is a conscious projection of pictorial fragments into space, a transference that draws attention to the smallest detail.

while these collage-like works often point to the fragmentary nature of memory, the use of the negative as in-between state alludes precisely to the act of seizing a fleeting image, or to its imminent disappearance. inremnant (2010), space and time are layered and overlapping. the life-size print of an old negative is superimposed with a shadow cast by the artist herself, mimicking the gesture of the woman portrayed in the photo. permeated by light and shade, boelens has created a kind of mise en abyme and a dissolving time/space structure.

exposure piece (sensitizing) (2010) is a sculptural installation containing two plates: a collodion glass negative bearing an abstract image, obtained by exposing wet chemicals to a beam of light, and a contact print of that image. here, boelens is not only handling an early photographic technique; she is also transferring this technique to two unprecedentedly large plates. they are positioned on a vinyl flooring commonly used in dance, which is marked by developer spills and traces of hoisting the impractically large glass. it refers to a preceding state, leaving this work in a kind of temporal flux. events unwitnessed (2012) also comprises a collodion glass negative. it shows pieces of lava from a volcanic eruption in northern california. according to one source, the eruption took place in 1851 – the year the collodion technique was discovered. in fact, recent research indicates that the eruption took place much earlier. by using the photographic technique proper to the time of the reports, boelens nevertheless approaches her subject matter as if she herself was there to witness the force of nature.

by always attempting to locate herself within her surroundings, feeling her way through everything and permanently recognizing it in new ways, she succeeds in shaping her works into detailed scenes of visual and associative perception. she employs a subtle pictorial language that relies on an awareness of details, enabling images and memories to vibrate, conjoin and succeed one another. even though her works typically focus on representation, it is really our position in relation to our surroundings that remains the fundamental aspect of her conceptual practice.