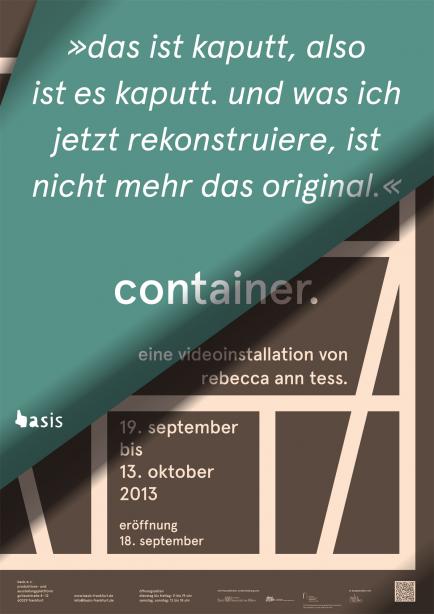 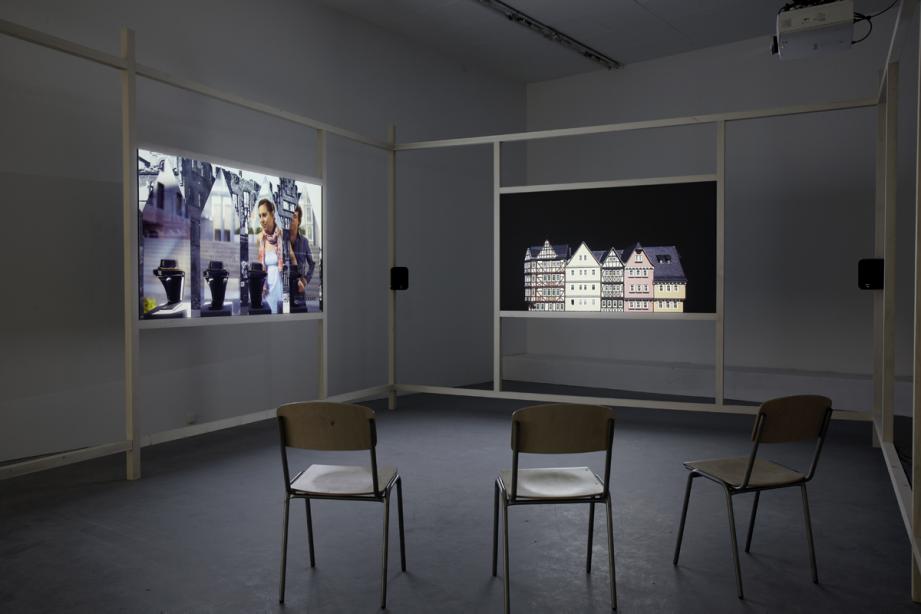 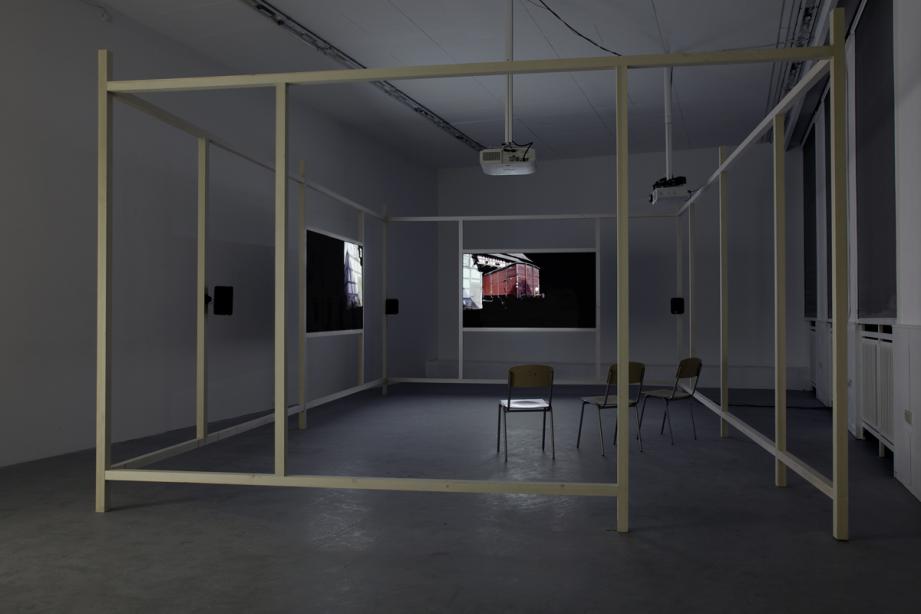 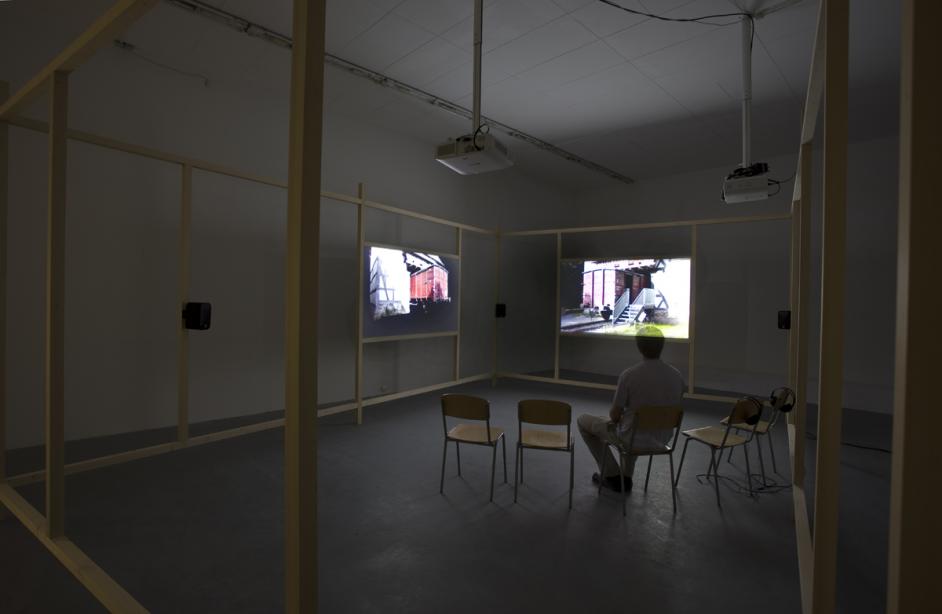 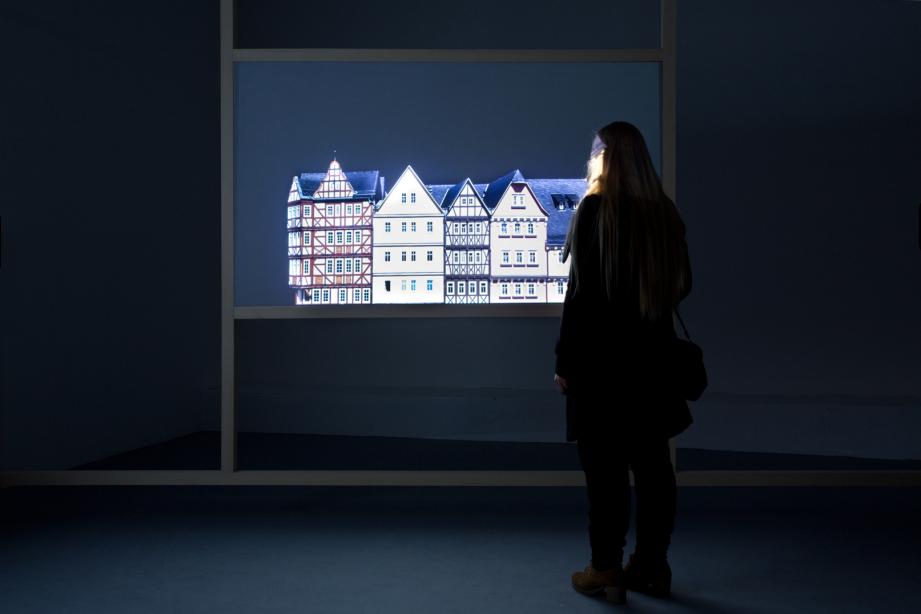 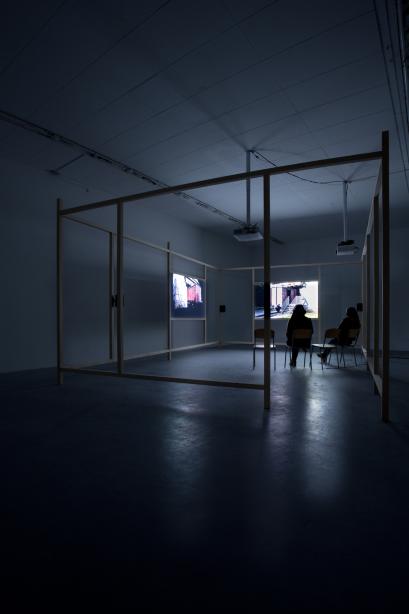 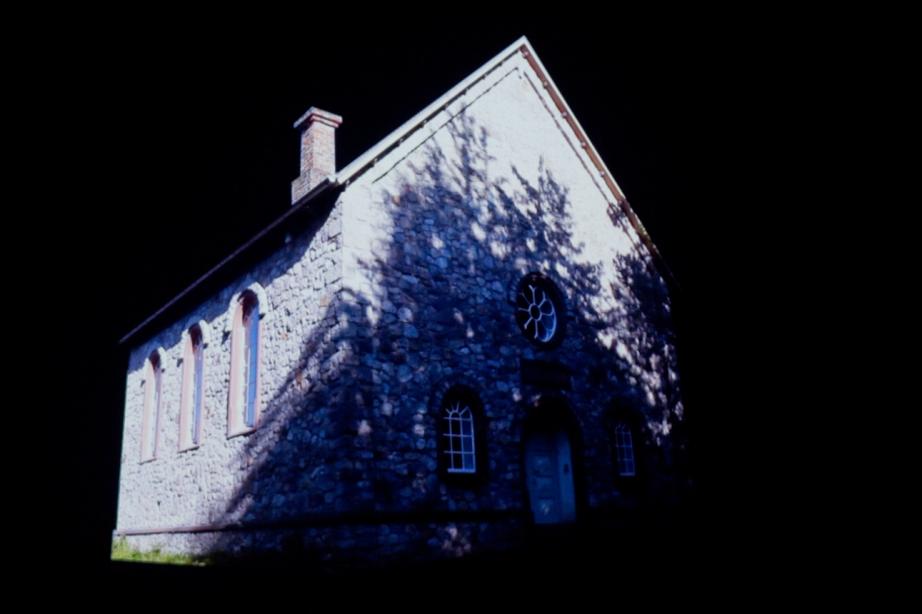 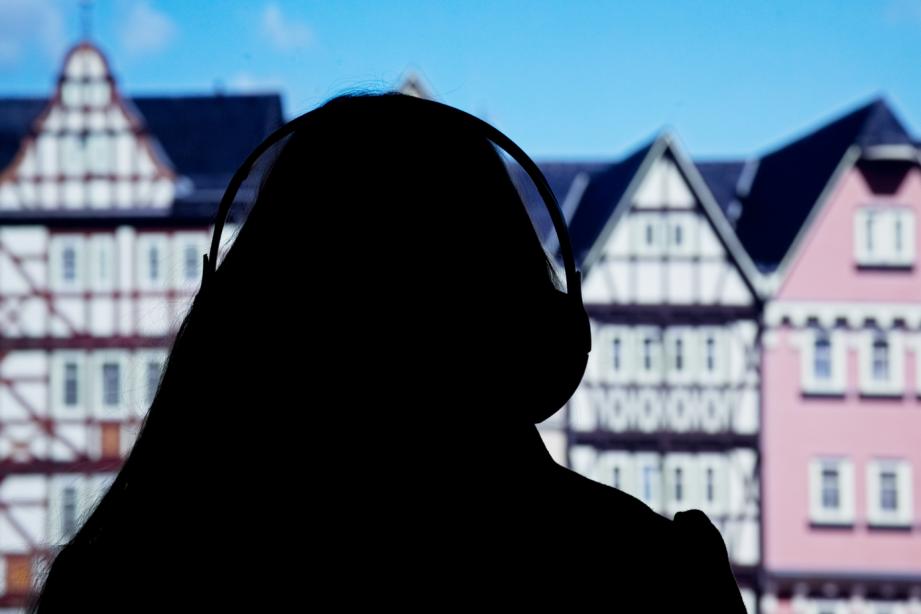 We are delighted to be presenting Rebecca Ann Tess’s two-channel video installation Container to the public at basis e.V. from September 19 to October 13, 2013.

The work was produced in the context of the “Aus der Stadt aufs Land” studio scholarship and shows half-timbered buildings as found at the Hessenpark Open Air Museum and the Römer and cathedral area of Frankfurt am Main, more of which will soon be seen at these locations. In the video, half-timbered buildings become containers for different strata of time, bringing together varying interests and motives over the decades.
At the beginning of 2012 the Förderkreis Freilichtmuseum Hessenpark e.V. supported by the Stiftung Polytechnische Gesellschaft Frankfurt am Main offered a two-month studio scholarship. In April 2013 a panel of experts that included the artistic directors of basis nominated Rebecca Ann Tess as recipient of the scholarship. For two months last summer the young artist lived and shot film material in the Hessenpark Open Air Museum.
Following the initial presentation of the results of her work to the public in an exhibition at the Hessenpark Open Air Museum, her video installation can now be seen at basis e.V. in Frankfurt.

Rebecca Ann Tess (b. 1980 in Annweiler am Trifels) studied from 2002 till 2009 at the Universität der Künste Berlin, at the Chelseas Collage of Art and Design and at last at the Städelschule in Frankfurt. Award winner of Villa Romana (2011) and the Atelierstipendium im Freilichtmuseum Hessenpark, Ann Tess´s works have been shown at numerous exhibitions including Container Freilichtmuseum Hessenpark, Neu-Anspach (2013), Home Time Show Time Galerie Figge von Rosen, Berlin (2012), Open Studio 8 Goyang Art Studio, National Museum of Contemporary Art, Seoul (2012) and Dad Dracula is Dead Nassausichen Kunstverein, Wiesbaden (2010). The artist lives and works in Berlin.

Please note that there is a publication with a text by klaus ronneberger publiched for the exhibition.