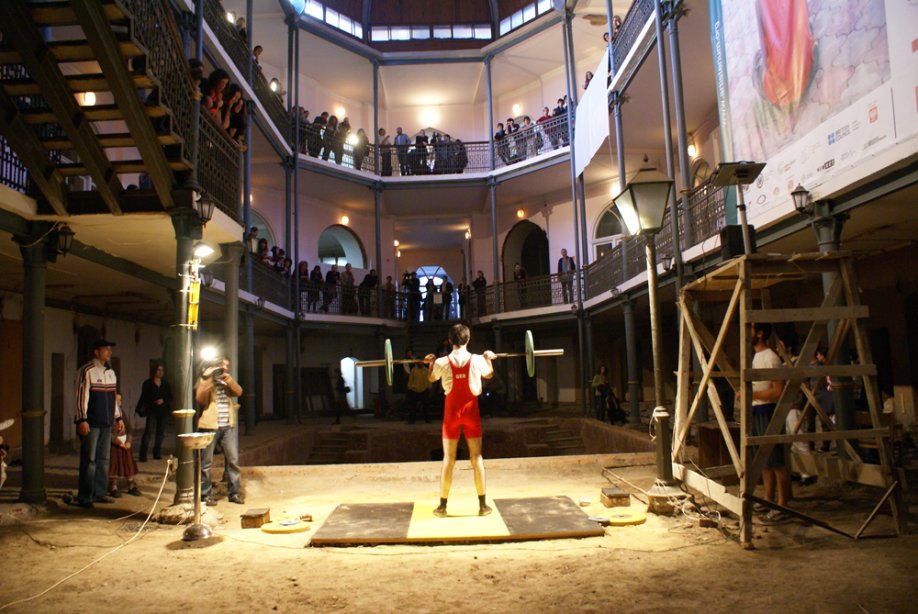 For the performance The Strategies for the Weightlifters, Bouillon Group adopts verbal and nonverbal language, signs and gestures of political representation. In this way the group deals both with important achievements in the history of relations between Georgia and the EU as
well as sport achievements within the framework of the Weightlifters performance, which they have presented in Georgia (2009), Germany (2011) and Czech Republic (2012).

The work is the third performance of their Social Aerobics-trilogy presented for the first time within the context of the exhibition Bouillon by Bouillon.

The performance and the artist talk will be in German and Georgian.