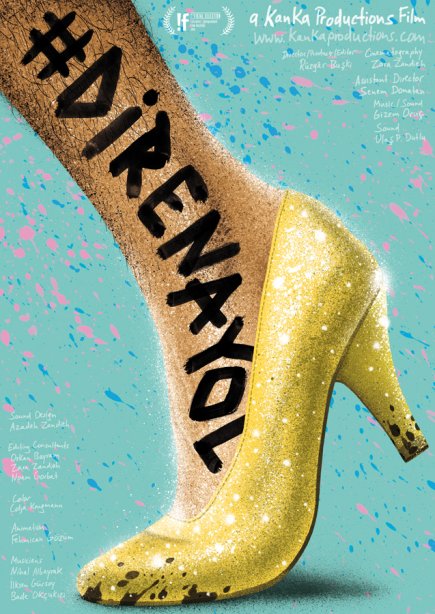 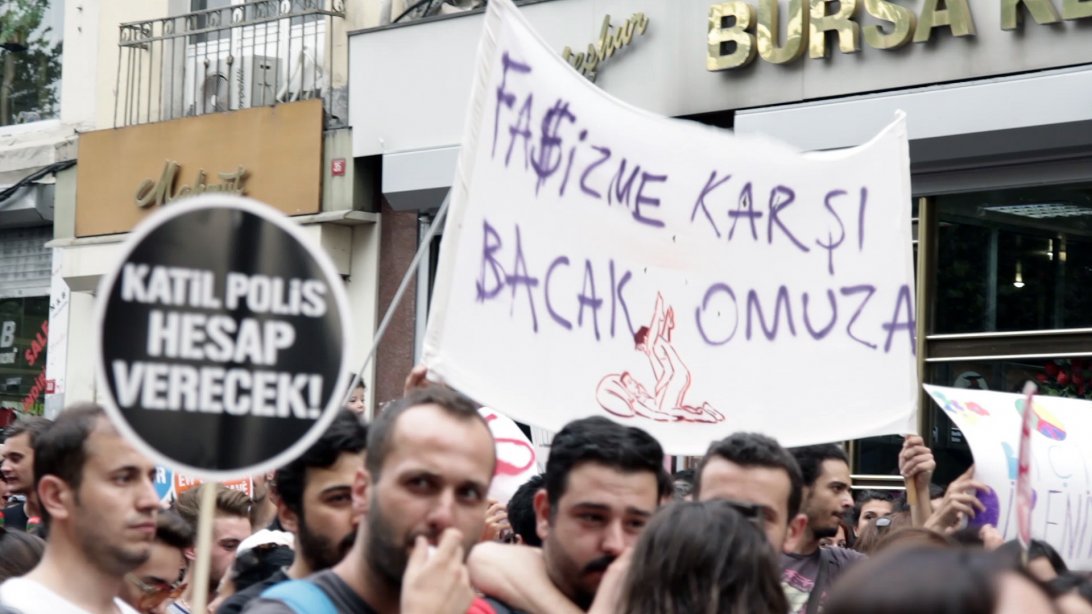 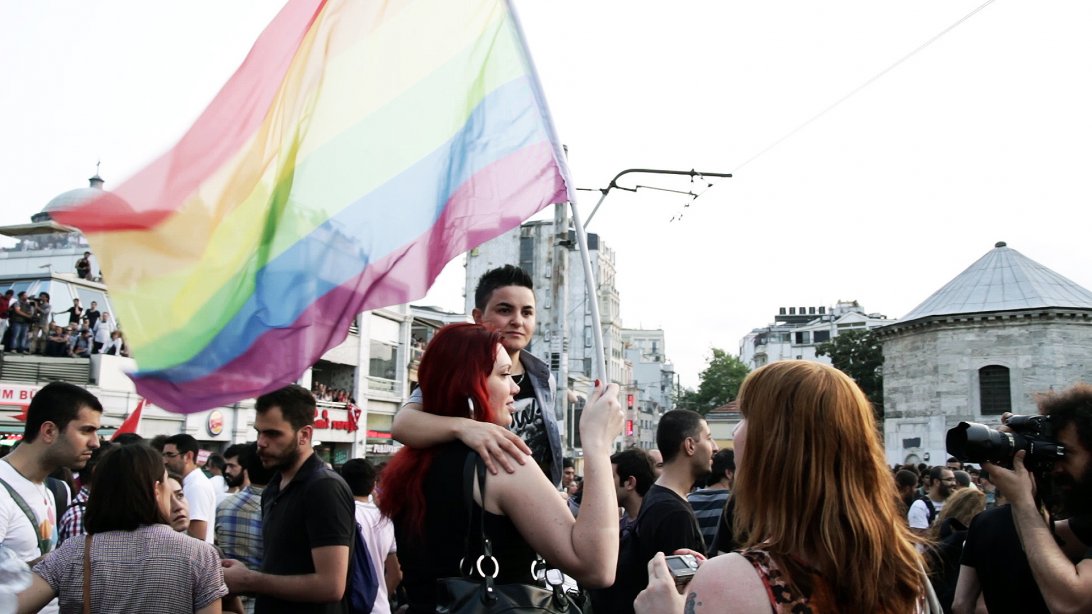 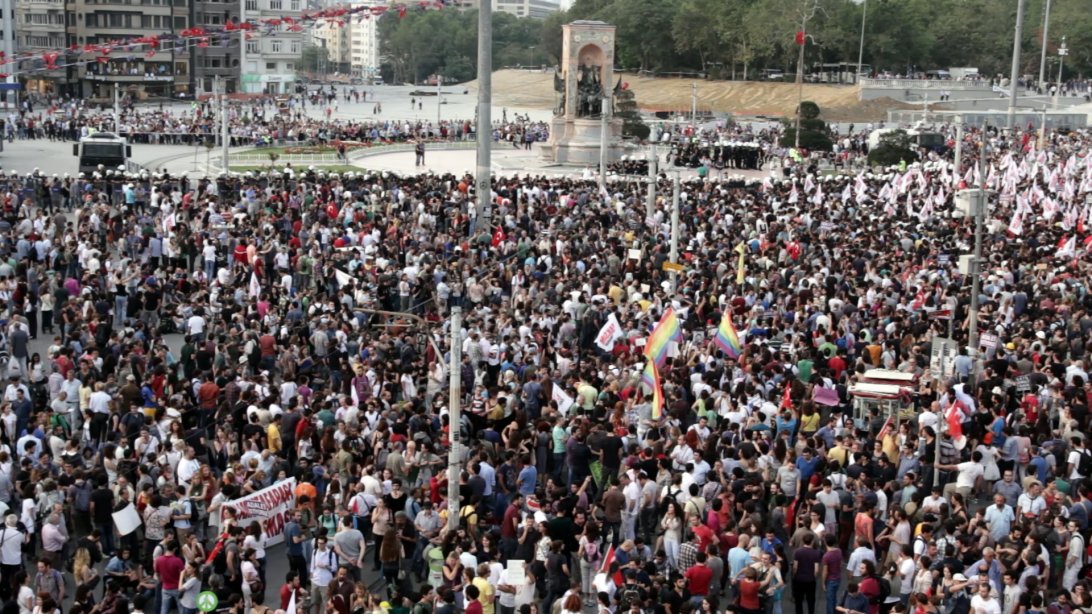 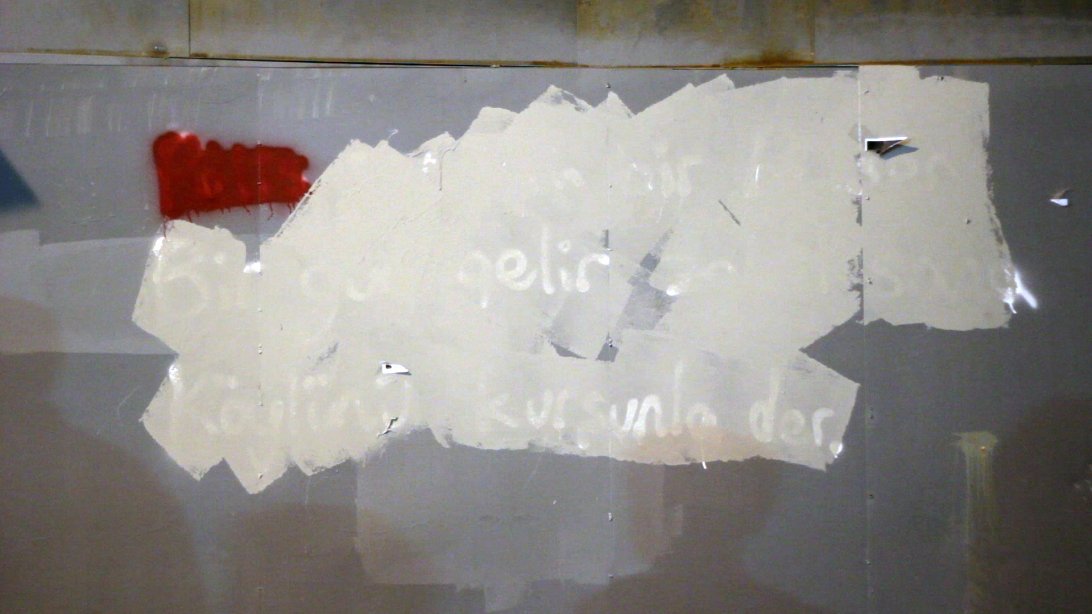 #direnayol accompanies trans* activist Şevval Kılıç during the 21st Istanbul LGBTI Pride caught up in the reflections of carnivalesque Gezi Park Uprising. #direnayol is a turbulent audiovisual journey witnessing a wind of hope, humour, and solidarity wished to be remembered in the politics of Turkey today.

Rüzgâr Buşki is an artist, director and producer from Istanbul based in Berlin. Their artistic practice varies within printmaking, performance, video and film. They studied Journalism in Istanbul University and New Media in Berlin University of Arts in the class of Prof. Dr. Hito Steyerl. They were a board member of GLADT e.V - Gays und Lesbiens aus der Türkei between 2013 and 2015. They are one of the founders of Kanka Productions, a trans-feminist production collective for empowerment of women and trans on fields of visual and performing arts. Their first feature documentary with Kanka Productions, #direnayol had its world premiere on the 15th !f Istanbul Independent Film Festival. In 2019 they received the Zeliş Deniz Queer Cinema Award, Turkey's first and only Queer Cinema Award during the Pink Life Queer Film Festival. Currently they are working on their second feature hybrid documentary on Queer Grief practices from Turkey.

Şevval Kılıç is an Istanbul based DJ and trans rights activist. She plays various forms of melodic techno and house in her sets. Şevval intuitively learned and developed DJing, and continues to perform in queer parties in Istanbul and occasionally in Berlin.

Here you find the recording of the talk on Vimeo.

This event is part of the public programme of the exhibition creating a 'we'.