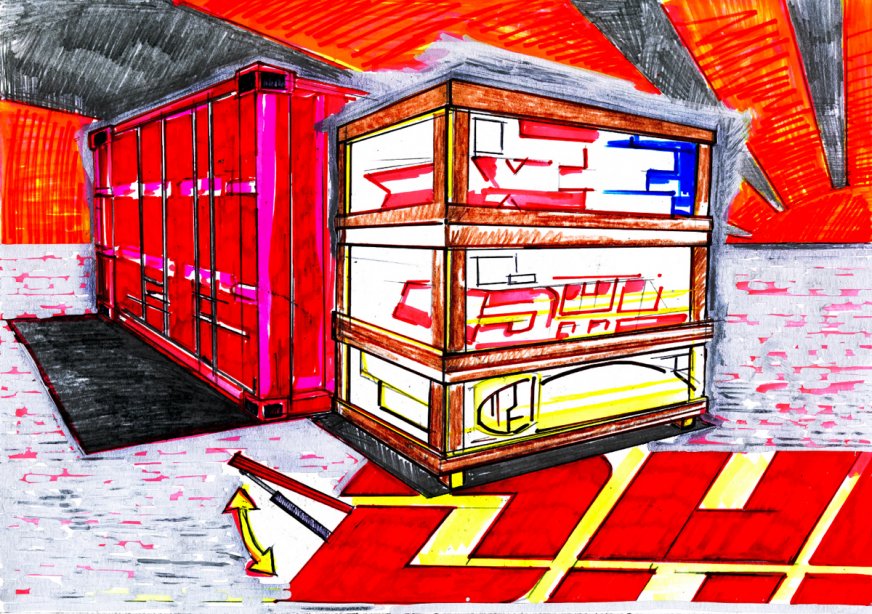 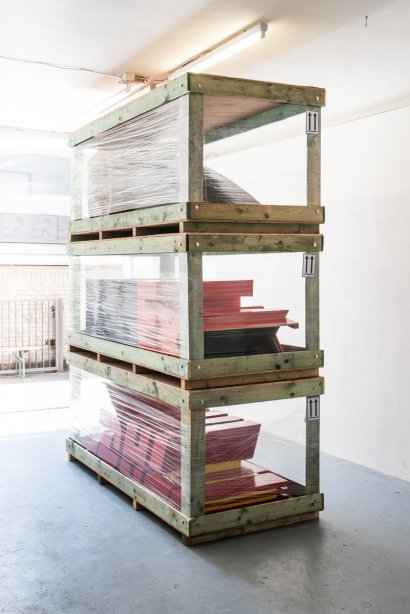 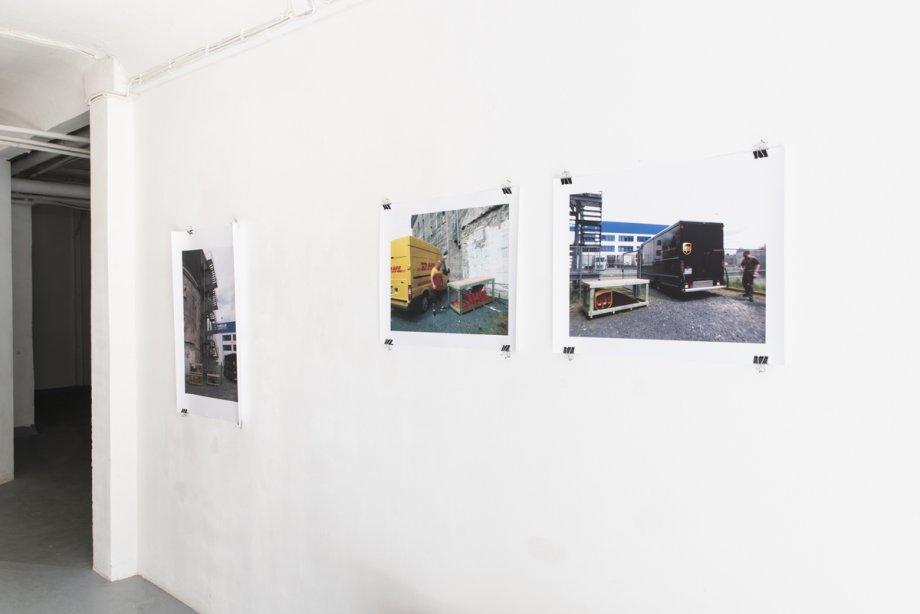 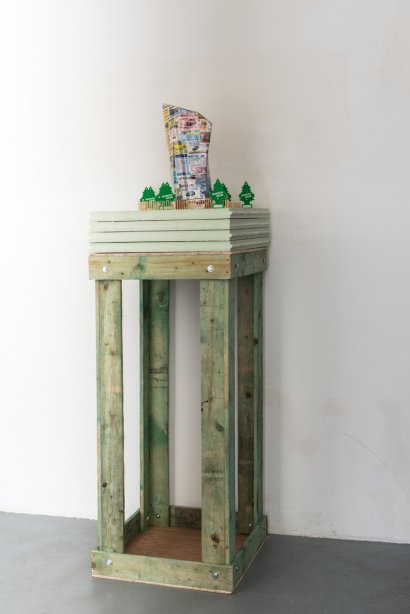 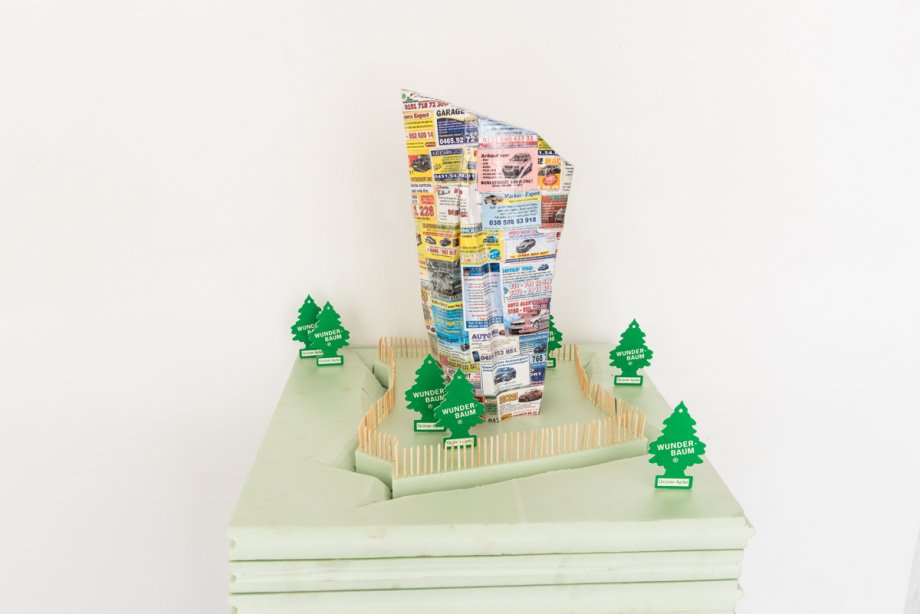 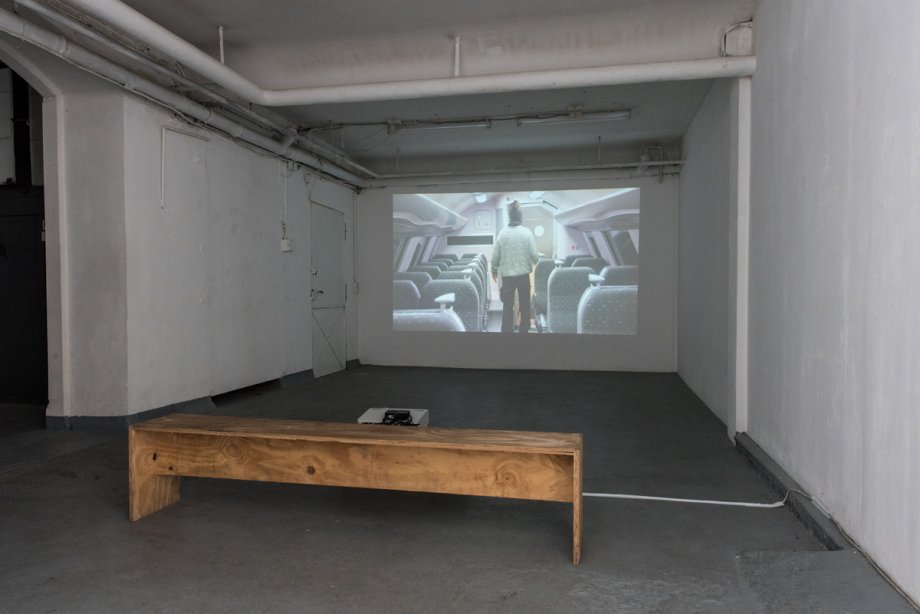 We cordially invite you to the opening of the exhibition "ETA (Estimated Time of Arrival) " by Karl Philips on June 23 at 7pm.
The show takes place in context of his AIR_Frankfurt-Residency and the associated project "State of the city". "State of the City" focuses on the complex relationship between trade and the socio-cultural context of the cities of Antwerp, Rotterdam and Frankfurt am Main. Six artists obtain grants, in order to produce a site-specific work of art as guests in one of the three cities. These projects will be presented in the final group exhibition at basis (13.10.-18.12.2016) during the Frankfurt Book Fair with the Guest of Honour Netherlands and Flanders.
The exhibition concludes Karl Philips' residency at AIR_Frankfurt as part of the project ‘State of the City’, a collaboration between Air Antwerpen, AIR_Frankfurt, Foundation Charlois aan het Water, Rotterdam and basis. The residency is kindly supported by AIR_Frankfurt, the City of Antwerp and the Flemish Community.

Hall We see three stacked volumes, wrapped monumental postal packages. The sculptures we can see inside are three enlarged logos of well-known courier delivery companies: UPS, FedEx and DHL. Every one of the packets was delivered by the company which logo it represents. Also suggested by its title, this work draws attention to the process of transportation: the procedures an artwork goes through from when it leaves the artist’s studio until it arrives at the place where it’s exposed. Hiring a delivery company is a symptom of corporate activity so we could even be tempted to see it as a wonky status symbol for a young entrepreneur or an ambitious young artist. But the portrait Philips sketches with it shows an, apparently useless, Dadaistic mechanism.

Seemingly, the company only transports its own logo. Maybe this self-referential image symbolizes the dubious morals and the powerless freedom of an artist participating in an art contest with an artwork that breathes institutional critique. However, that logical semiotic circle is being contaminated! There are traces of a human presence. On the side of every sculpture we see an opened hatch. Such elements remind us of being on the road, of stowaways and refugees. Maybe the refugee was the artist himself and the added human trace could be referring to the ‘hand of the artist’, a salute to how a suggested presence transforms an image. This could be a sign of the artist almost naïvely trying to reclaim his position in the process.

Think of the connotations with modernist developments in the 19th and 20th century preceded by Courbets “The Meeting” where the artist revalues himself as the protagonist of the constellation. Maybe that is what this suggestive project tries to be: a precedent. Probably not a legal precedent like the Brancusi case in 1927 in which U.S. Customs tried to decide whether the imported sculptures were art or not, although this work does relate to that. But Philips’ work does seem like a setting for myth formation. It suggests a story, creates an expectation. The title “Estimated Time of Arrival” suggests that we are not there yet, that this is something that ‘comes before’ and that might influence the future, but how and when is not sure, it is estimated. What’s most important is that Philips initiates the endeavor. Like Epeius, the designer of the Trojan horse, he also seems to have placed himself inside and is willing to become one of the heroes. But let’s not forget that Epeius, the most talented carpenter of the Greek army, was also a fictional character, famously described by the poet Homer. And a poetic foundation may even provide us with the best perspective on the approach Karl Philips displays here. Like Marcel Broodthaers in 1968, Philips doesn’t just wave a black flag, but he speaks about it with poetic intensity. I think it is a tribute: a tribute to the builder. And I think it’s a call for heroes to ride along.