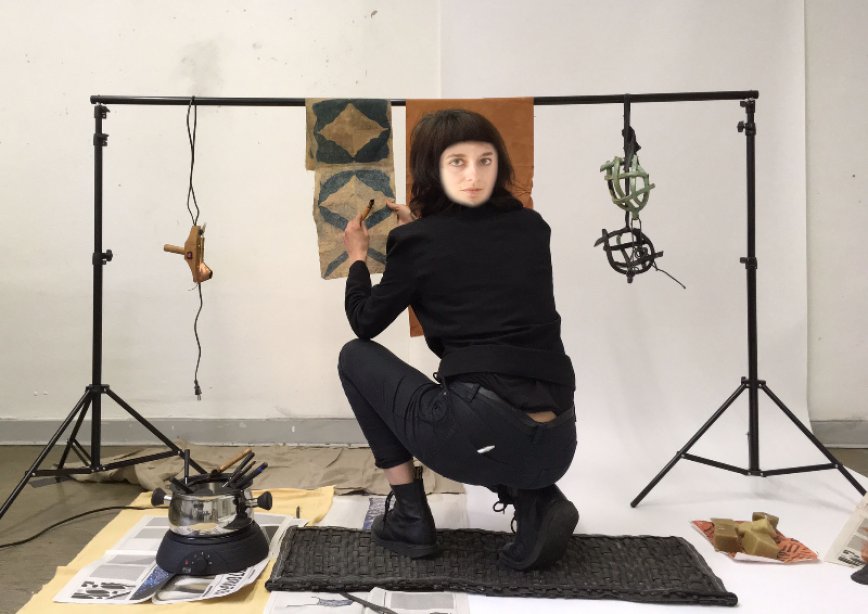 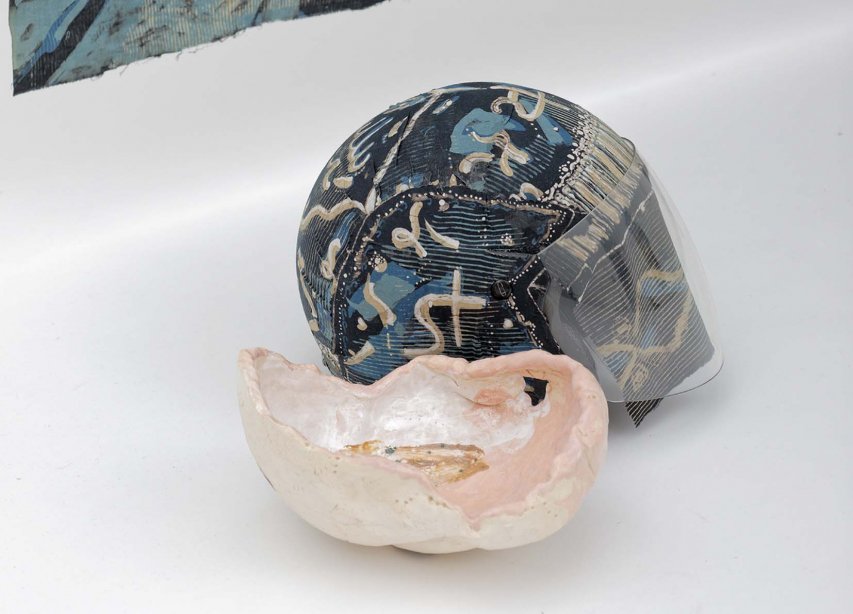 We are delighted to welcome Ada Van Hoorebeke from April to June 2017 to stay and work at basis within the framework of AIR_Frankfurt and AIR Antwerpen.
Ada Van Hoorebeke (*1982, Kortrijk, Belgien) talks about her artistic practice and her project ideas for the three months – residency in Frankfurt.

Ada van Hoorebeke works with ceramics, textile and natural dyes. Her installations are often the setting for shared moments, spontaneous and carefully planned actions, like workshops, photo shoots and performances. Aspects of the place she is visiting are freely connected to her ongoing concepts and artistic practice:
“Recently I came across ‘Batik Fairytale’ a genre from Indonesia, early 20th century. It combines European fairytale characters like Little Red Riding Hood with Chinese-Indonesian patterns.
Frankfurt is well known for accessible and safe adult entertainment. It is also the starting point for the touristic Brothers Grimm Fairytale Route through Germany.
During my residency I am looking to Bahnhofsviertel through the eyes of Brothers Grimm Little red Riding Hood on an early 20th century Indonesian batik.”

The talk will be in english.

Ada Van Hoorebekes final exhibition will take place at basis project room from June 24-25th at basis project spcae.
The Artist-in-Residence Program „AIR_Frankfurt“ was founded in 1990 by the Cultural Deapartment of the City of Frankfurt. Since 2016 it is conducted by basis e.V.