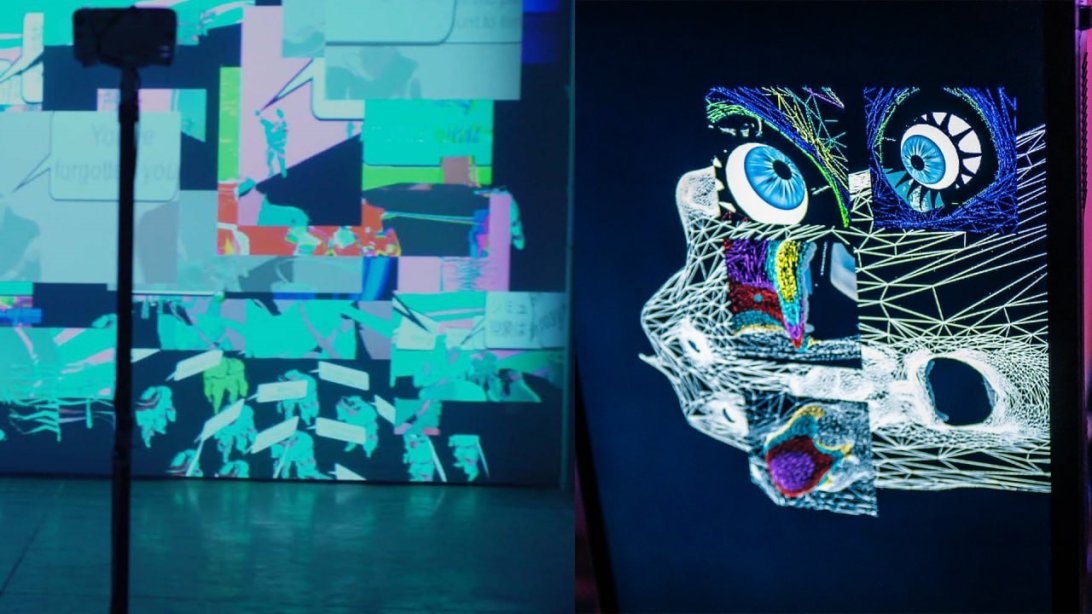 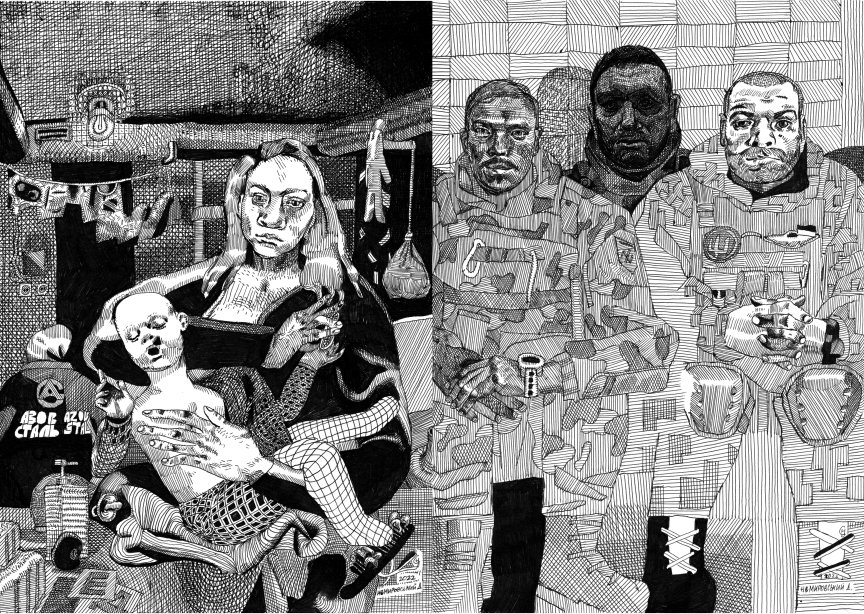 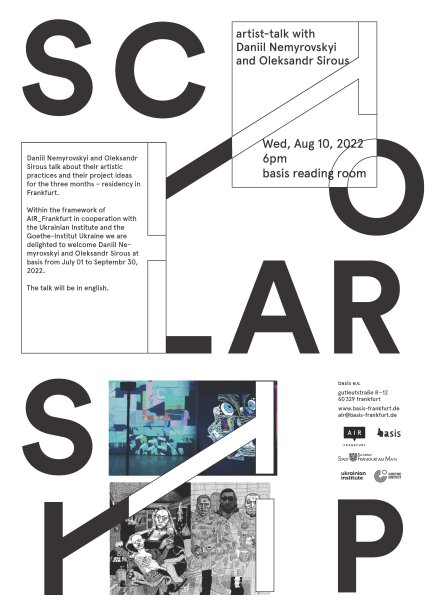 Daniil Nemyrovskyi and Oleksandr Sirous are our current AIR_Frankfurt guest artists at basis in cooperation with the Ukrainian Institute and the Goethe-Institut Ukraine. They will talk about their artistic practices and their project ideas for the three-month residency in Frakfurt.

Daniil Nemyrovskyi (*1993) is engaged in creating graphic sheets on which have been depicted multi-figure compositions which are devoted to various aspects of the life of the youth of Ukraine
Oleksandr Sirous (*1996) is a sound and media artist. He works with big data sets and the principles of interaction and communication in web environments, in addition he creates complex simulation environments using AI.

Due to the current situation caused by the Russian invasion, the city of Frankfurt and basis e.V. in cooperation with the Ukrainian Institute and the Goethe-Institut Ukraine have awarded three scholarships within the framework of AIR_Frankfurt. Daniil Nemyrovskyi and Oleksandr Sirous are the first two of the three scholarship holders.