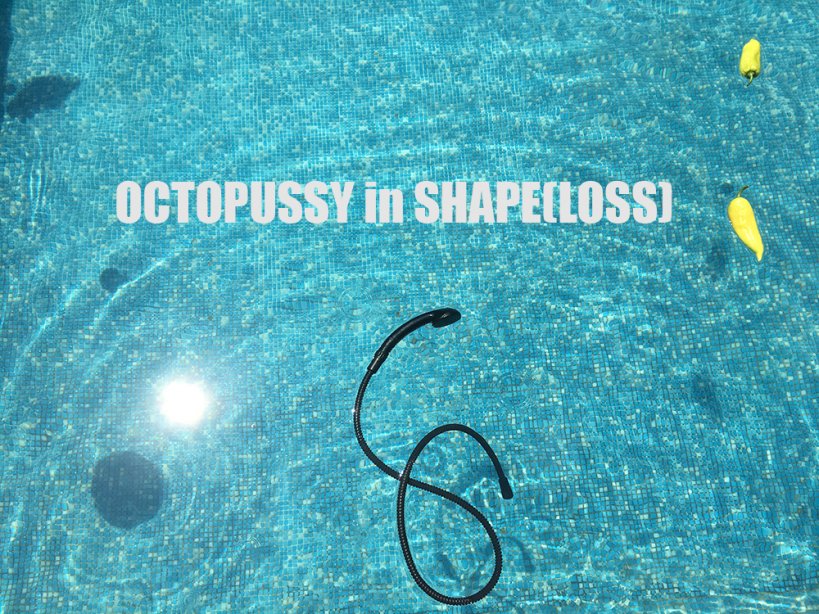 As a nomadic lone traveler, OCTOPUSSY intervenes in local hangouts. On Tour, she looks for those spots where people drink together, where they listen to music, talk and spend time together. While on Tour, her process is simple: she gathers and transmits a taste of her experiences with the locals in an involving, melancholic video performance. Returning to her Basis in Frankfurt, she senses the destructive part of her gatherings: while moving from touch to taste to touch, she is being transformed but she cannot reflect back. She is a being in time and not in place. Therefore she is hard to grasp. She is in a constant quest for solidary interaction, sharing thought and sharing SHAPE(loss). This concert/video performance is a sensual becoming of time herself – both destructive and reconstructive, com-posing and a-musing. OCTOPUSSY will transform her Basis to a visual, fluid, immersive hangout, in which each participant in space can become a trigger and co-player in these un-graspable, beautiful transformations accomplished by common time and drinks.

OHTAKEKOHHAN is on Tour in October and will give his last Europe concert at Basis. He has been in touch with OCTOPUSSY for a while and it is a great honor to perform at the same night. His music is weird and instrumental – blending extremely effective guitars, programming and sampler into the atmosphere and mood of the day. As a super open-minded and omnivorous true-born eastern Tokyoite, he merges a variety of musical extracts from massive amounts of retro games to cutting-edge art scene. In Feb. 2017, he released his 1st solo material [VORTEX], its cassette tape version was also launched from "ichi ichi" label in Frankfurt, Germany. In April 2018, he started releasing a new series of work called "Runner Variations" for running and indoor repetitive training. He gives more than a psychedelic thought to stoic and endless movement with no finish line in sight. Currently, he is finding joy in producing a pencil with music work named "KESHI GOMU" (= translates as „eraser“). He takes the KESHI GOMU on this tour.

Both artists are part of the Frankfurt based music label ichiichi.de.